We, the Jury by Robert Rotstein- Feature and Review 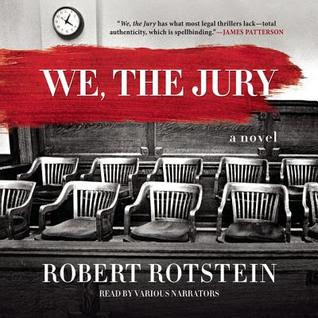 On the day before his twenty-first wedding anniversary, David buried an ax in his wife's skull. Now, eight jurors must retire to the deliberation room and decide whether David committed premeditated murder-or whether he was a battered spouse who killed his wife in self-defense.
Told from the perspective of over a dozen participants in a murder trial, We, the Jury examines how public perception can mask the ghastliest nightmares. As the jurors stagger toward a verdict, they must sift through contradictory testimony from the Sullingers' children, who disagree on which parent was Satan; sort out conflicting allegations of severe physical abuse, adultery, and incest; and overcome personal animosities and biases that threaten a fair and just verdict. Ultimately, the central figures in We, the Jury must navigate the blurred boundaries between bias and objectivity, fiction and truth.

We, the Jury by Robert Rotstein
My rating: 5 of 5 stars

We, the Jury by Robert Rotstein 2018 Blackstone publishing publication.

Wow! What a unique look at the legal process as witnessed from every person involved in a high -profile murder case.

I absolutely love legal thrillers, but over the past several years I’ve found them lacking. Usually, the lawyers have turned into amateur sleuths and there is little or no legal wrangling or even an appearance in a courtroom. I’d become a little frustrated with the genre, but recently, I've seen a small, but promising, resurgence in the more traditional legal thriller/ courtroom drama.

This book, however, takes the usual courtroom drama to a new level by allowing the reader to review the entire process through the eyes of the judge, the bailiff, the court clerk, both lawyers, and of course-as the title suggests- the jury.

On trial is a man who admits to killing his wife, but swears it was in self- defense, claiming the battered spouse defense. After weighing the evidence presented, the jurors begin deliberations. Usually, I’m utterly enthralled by the legal jockeying between the opposing lawyers.

But, the most riveting part of this novel, for me, was the journey the jurors took in finally arriving at a unanimous verdict.

This novel was so realistic, I sometimes had to remind myself it was a work of fiction. The difficulties with a likeable judge, who may no longer be fit to do her job was at once terrifying and very poignant.

The lawyers were in many ways typical, but the prosecutor, even though he had political aspirations, was tolerable, especially when compared to the big city lawyer for the defense. The other courtroom mainstays who are often looked upon as minor players, like the court stenographer, for example, got their props a little in this story, too, and that was a nice touch, I thought.

But, again, the real drama took place during jury deliberations. Each of the jurors, which ranged from a member of the clergy, to a housewife, to a retired school principal, all have a voice, some more than others, which is also realistic. I’m not sure I liked the majority of them, but as someone who served on a jury once, this jury was uncannily familiar. My case was a civil trial, not a criminal one, but the diversity on the jury was quite similar, and the case exposed some hidden truths about the people I’d come to know in the week we were shut up together in the courtroom.

There was an ‘insider’ on the jury, someone who worked in the court system, but our foreman was much more suited to the role. Still, I was amazed that after listening to and viewing all the evidence together, that there were so many different opinions when we took that first vote. Then, slowly, and sometimes heatedly, we eventually agreed to a verdict. Since it was a civil trial, however, it did not have to be unanimous and we did still have one hold out. It was a fascinating learning experience, but not one I’m especially keen on repeating.

The story is deeply absorbing, and certainly paints the process in a such a way that it will give readers a lot to think about. It is a very different approach to the legal thriller, but a thriller, it certainly is, with a few curveballs thrown you won’t see coming.

The author did a terrific job with this one. I’m impressed!! 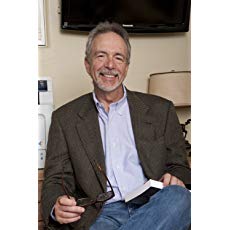 Robert Rotstein is an entertainment attorney with over thirty years experience in the industry. He's represented all of the major motion picture studios and many well-known writers, producers, directors, and musicians. He lives with his family in Los Angeles, California, where he is at work on the next Parker Stern novel.