TRUE CRIME THURSDAY- A Death in Canaan: A Classic Case of Good and Evil in a Small New England Town by Joan Barthel - Feature and Review 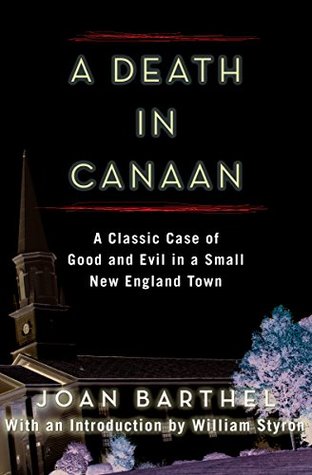 A “riveting” true crime classic: The trial of Connecticut teen Peter Reilly, accused of killing his mother, and the community that defended him (People).
In the sleepy hamlet of Canaan, Connecticut, Barbara Gibbons stood out. She and her eighteen-year-old son, Peter Reilly, lived in a drab one-bedroom house on a desolate stretch of road. An intelligent, lively woman with a wicked sense of humor, Barbara also had dark moods and drank too much. She fought loudly with neighbors and her son, and appeared to have a messy, complicated love life.

When Peter came home from the Teen Center one night to discover his mother lying naked on the bedroom floor with her throat slashed, the police made him their prime suspect. After eight hours of interrogation and a polygraph test, Peter confessed. Investigators were convinced they had an open-and-shut case, but the townspeople disagreed. They couldn’t believe that the naïve teenager was capable of such a gruesome crime, and blamed detectives for taking advantage of the boy’s trust. With the help of celebrities including Mike Nichols and William Styron, who contributes an eloquent and persuasive introduction to Joan Barthel’s account of the case, the community of Canaan rallied to Peter’s defense.

A gripping murder mystery and an intimate portrait of the loyalties, resentments, and secrets lurking beneath the placid surface of quiet towns across America, A Death in Canaan is a masterpiece of “first-class journalism”

A Death in Canaan: A Classic Case of Good and Evil in a Small New England Town by Joan Barthel
My rating: 4 of 5 stars

A Death in Canaan: A Classic Case of Good and Evil in a Small New England Town by Joan Barthel is a 2016 Open Road Integrated Media publication. (This book was originally published in 1976)


I read this book way back in the late 1980’s and was stunned by the bizarre turn of events that resulted in the arrest of Peter Reilly in connection with his mother’s brutal murder.

In 1973 in a small community located in Litchfield County, Connecticut, Barbara Gibbons was brutally murdered in her home. Her son, Peter Reilly, returned home after attending a meeting with some friends and discovered her body.

Peter, who did not display the amount of emotion investigators felt was appropriate under the circumstances, was interrogated for hours, without an attorney present. They also administered, a lie detector test, which in his shocked and exhausted state of mind he failed. Before all was said and done, the police elicited a confession from Peter.

Right from the very beginning, Peter’s friends and the entire community, rallied around him, supporting him, raising money for his defense and championing his cause. This book chronicles Peter’s journey, the way the case eventually garnered headlines, the celebrities who became involved, the trial, conviction, and eventual exoneration and the way the case shaped the lives of all those involved.

The book is written in an old-fashioned journalistic style in some ways, and doesn’t read like a ‘true crime novel’ format we’ve become so accustomed to, but there are many personal touches, which emphasizes the strain everyone was under and the tensions that arose as the case began to take on a life of its own. Yet the determination to stick with Peter is never in question, despite all the adversity.

While Barbara’s murder has never been solved, and the crime scene described in this book is positively grisly, one’s immediate response isn’t ‘Poor Barbara”. Instead, it’s ‘Poor Peter”.
Even now, reading this book from a much more jaded perspective, several times throughout the book, I caught myself thinking, “Poor Peter”.

Meanwhile, Barbara, her murder, and the need to find the real killer, as is usually the case in these situations, gets lost in the hoopla. The crime and the victim often become secondary in the fight to prevent a grave miscarriage of justice.

Since first reading this book, I have watched this same scenario play out time and time again. For Peter, who was convicted of Manslaughter, his luck was unbelievable, and he managed to come out of it without serving hard time in prison.

And more recently, the confession of Brendan Dassey, (Making of a Murderer), who also has abnormally low IQ.

Peter Reilly’s IQ was not discussed, but it is quite obvious he was incredibly impressionable, simple-minded, naïve, sheltered, and susceptible. His emotional maturity was more akin to a fourteen year old kid than an eighteen -year old on the cusp of adulthood. He truly didn’t seem to grasp the gravity of his situation at times.

The transcripts of the interrogation are included in the book and one can see for themselves how confused Peter was the and abhorrent tactics applied during the questioning.

One wonders how many cases weren't championed by celebrities, didn’t have documentaries made about them, or garnered national attention. How many other Peter Reilly’s are out there spending their lives behind bars for crimes they didn’t commit? 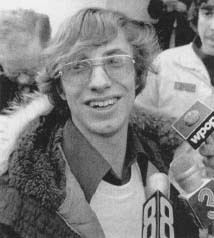 This crime occurred in 1973 and for all these years, nothing has changed, in regards, to police interrogations. Coercions, apparently, are still a viable option when given a chance. How someone sleeps at night knowing full well they’ve sent an innocent person to prison, knowing full well that the perpetrator is still out there, maybe even committing more crimes, and that the victims will never receive the justice they deserve, is beyond me. 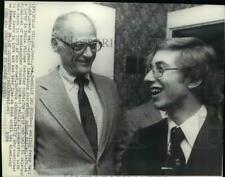 I am glad I read this book again, although it made me mad all over again. I think what really sticks out here, for me, though, is the way the community responded, and how quickly they reacted. If not for their unwavering support for Peter, he would have spent sixteen years of his life in prison.

Made for TV movie link:

*This book is now in digital format, published by Open Road Media. I had trouble finding a copy at my library, however, the book is included in your subscription if you are a member of Scribd. 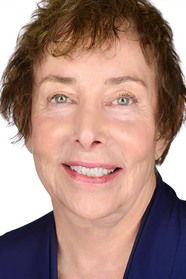 JOAN BARTHEL is the author of A Death in Canaan, which spent many weeks on the bestseller list and was made into a CBS TV movie that was nominated for an Emmy Award. Following A Death in Canaan, Barthel wrote A Death in California and collaborated with Rosemary Clooney on Girl Singer. Barthel has written profiles of celebrities for such publications as The New York Times Magazine and The Washington Post Magazine.
Posted by gpangel at 1:00 AM