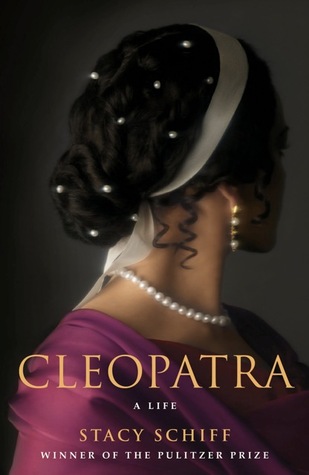 
The Pulitzer biographer brings to life the most intriguing woman in the history of the world: Cleopatra, the last queen of Egypt.

Her palace shimmered with onyx, garnets, and gold, but was richer still in political and sexual intrigue. Above all else, Cleopatra was a shrewd strategist and an ingenious negotiator.

Though her life spanned fewer than forty years, it reshaped the contours of the ancient world. She was married twice, each time to a brother. She waged a brutal civil war against the first when both were teenagers. She poisoned the second. dispensed with an ambitious sister as well; incest and assassination were family specialties. Cleopatra appears to have had sex with only two men. They happen, however, to have been Julius Caesar and Mark Antony, among the most prominent Romans of the day. Both were married to other women. Cleopatra had a child with Caesar and–after his murder–three more with his protégé. Already she was the wealthiest ruler in the Mediterranean; the relationship with Antony confirmed her status as the most influential woman of the age. The two would together attempt to forge a new empire, in an alliance that spelled their ends. Cleopatra has lodged herself in our imaginations ever since.

Famous long before she was notorious, Cleopatra has gone down in history for all the wrong reasons. Shakespeare and Shaw put words in her mouth. Michelangelo, Tiepolo, and Elizabeth Taylor put a face to her name. Along the way, Cleopatra’s supple personality and the drama of her circumstances have been lost. In a masterly return to the classical sources, Stacy Schiff here boldly separates fact from fiction to rescue the magnetic queen whose death ushered in a new world order. Rich in detail, epic in scope, Schiff ‘s is a luminous, deeply original reconstruction of a dazzling life.

Cleopatra: A Life by Stacy Schiff
My rating: 5 of 5 stars

I started this book with no preconceived notions, so I was really impressed. When I first read this book, I didn't read a lot of historical books, but now I can't get enough of them. I took my time with this one, and now I'm glad I didn't  rush through it.  This is a very interesting book, wiping out all Hollywood's gloss. The majority of the book dealt with Cleopatra's life with Antony, which, of course, is the part we want to know about.

I thought Cleopatra was very smart, very successful, all the up until the end. She had twenty some years as Queen, and that's saying something. I thought she even had the last word, although there were some who put their own spin on it. As much as I learned about Cleopatra, she still holds some mystery and fascination. A very absorbing read.

GET YOUR COPY HERE:
https://www.amazon.com/Cleopatra-Life-Stacy-Schiff-ebook/dp/B003YFIVHW/ 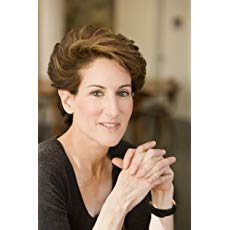 Stacy Schiff is the author of Véra (Mrs. Vladimir Nabokov), winner of the Pulitzer Prize; Saint-Exupéry, a Pulitzer Prize finalist; and A Great Improvisation: Franklin, France, and the Birth of America, winner of the George Washington Book Prize and the Ambassador Book Award. Schiff has received fellowships from the Guggenheim Foundation, the National Endowment for the Humanities, and the Center for Scholars and Writers at the New York Public Library. The recipient of an Academy Award in Literature from the American Academy of Arts and Letters, she lives in New York City.
Posted by gpangel at 1:00 AM