The Dakota Winters by Tom Barbash- Feature and Review An evocative and wildly absorbing novel about the Winters, a family living in New York City’s famed Dakota apartment building in the year leading up to John Lennon’s assassination
It’s the fall of 1979 in New York City when twenty-three-year-old Anton Winter, back from the Peace Corps and on the mend from a nasty bout of malaria, returns to his childhood home in the Dakota. Anton’s father, the famous late-night host Buddy Winter, is there to greet him, himself recovering from a breakdown. Before long, Anton is swept up in an effort to reignite Buddy’s stalled career, a mission that takes him from the gritty streets of New York, to the slopes of the Lake Placid Olympics, to the Hollywood Hills, to the blue waters of the Bermuda Triangle, and brings him into close quarters with the likes of Johnny Carson, Ted and Joan Kennedy, and a seagoing John Lennon.
But the more Anton finds himself enmeshed in his father’s and spiritual reinvention, the more he questions his own path, and fissures in the Winter family begin to threaten their close bond. By turns hilarious and poignant, The Dakota Winters  a family saga, a page-turning social novel, and a tale of a critical moment in the history of New York City and the country at large.

The Dakota Winters by Tom Barbash
My rating: 4 of 5 stars

The Dakota Winters by Tom Barbash is a 2019 Ecco publication.

For some reason, when I added this book, I thought it was a non-fiction book about the Dakota apartments written by a real- life resident telling stories about his encounters with some of the famous residents. 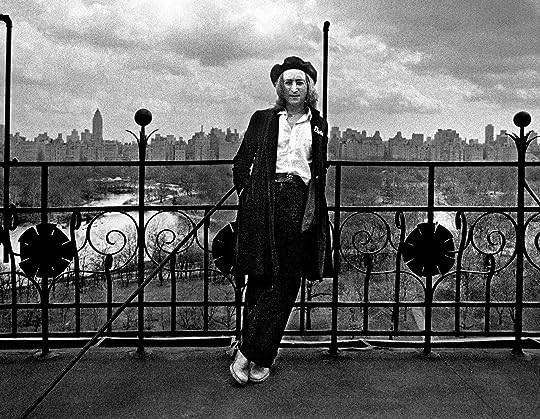 Well, as it turns out, this is a novel, set in New York City, in 1979 and is centered around the Winter family. Buddy Winter is a washed -up talk show host, who went into seclusion after a very public meltdown.

His son, Anton, has just returned home from the Peace Corps after surviving Malaria. Now the timing feels right for Buddy to attempt a comeback, but he leans heavily on Anton to help him.

Anton, however, feels trapped in Buddy’s shadow, wishing he could break free and find success on his own merit. 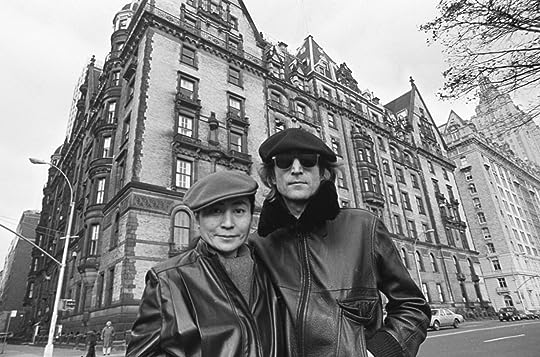 The Dakota remains “‘The Winters’” home, despite their fragile economic state. This set up allows Anton to run into the infamous apartment’s most famous residents, one which is John Lennon. As it happens, John, at this stage in his life, is also ready to stage a comeback.

Anton and John strike up a friendship, and Anton begins to plot out ways to convince John to be a guest on Buddy’s new show, which he also hopes will help both John and Buddy.

If you have the chance, add the audio version to complement this book. This is a poignant and nostalgic look back at New York City in 1979. The narrator did a fairly decent impression of John Lennon and Ted Kennedy as well as few other famous figures in this era. The story itself is a little eccentric, with an undercurrent of dolefulness, which contrasts against the cautionary optimism of second chances and new beginnings. 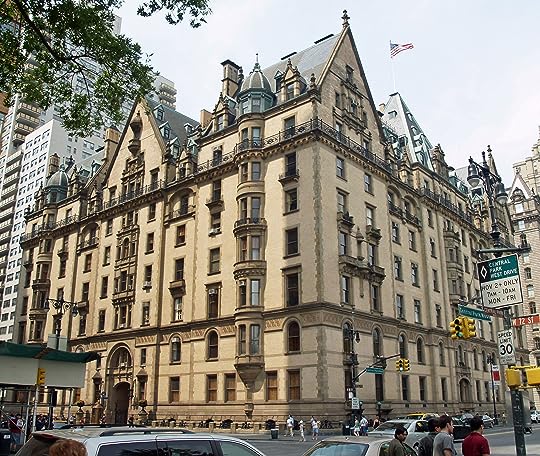 Although the book was not at all what I was expecting, I found myself caught up in it, enjoying the trip down memory lane and the poignancy of touching base with John Lennon during the last year of his life, even if it was a fictional imagining.

The ending was a bit too abrupt, although the reader knows where everything is headed, and what to expect. Still, I thought the story was original, and off the beaten path, which is always a good thing for someone like me, who can become easily bored with traditional genres.

Overall, this was an enjoyable read and I’m glad I  stumbled across it and was able to readjust my preconceptions about it. 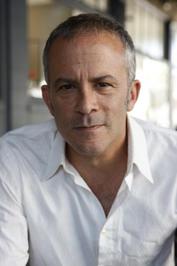 Tom Barbash is the author of the award-winning novel The Last Good Chance and the non-fiction book On Top of the World: Cantor Fitzgerald, Howard Lutnick, and 9/11; A Story of Loss and Renewal, which was a New York Times bestseller. His stories and articles have been published in Tin House, McSweeney's, Virginia Quarterly Review, and other publications, and have been performed on National Public Radio's Selected Shorts series. He currently teaches in the MFA program at California College of the Arts. He grew up on the Upper West Side of Manhattan and now lives in Marin County, California.