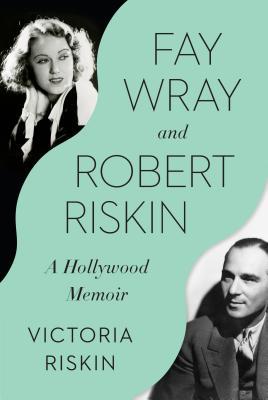 A Hollywood love story, a Hollywood memoir, a (dual) Hollywood biography--the woman who stole the heart of King Kong and the man, Robert Riskin, one of the greatest screenwriters of all time, an Academy Award winner, producer, and longtime collaborator with Frank Capra on eight pictures. By their daughter, an acclaimed writer and producer.
A Hollywood love story, a Hollywood memoir, a dual biography of two of Hollywood's most famous figures, whose golden lives were lived at the center of Hollywood's golden age, written by their daughter, an acclaimed writer and producer.
Fay Wray was most famous as the woman--the blonde in a diaphanous gown--who captured the heart of the mighty King Kong, the twenty-five-foot, sixty-ton gorilla, as he placed her, nestled in his eight-foot hand, on the ledge of the 102-story Empire State Building, putting Wray at the height of New York's skyline and cinematic immortality.
Wray starred in more than 120 pictures opposite Hollywood's biggest stars--Spencer Tracy, Gary Cooper (The Legion of the Condemned, The First Kiss, The Texan, One Sunday Afternoon), Clark Gable, William Powell, and Charles Boyer; from cowboy stars Hoot Gibson and Art Accord to Ronald Colman (The Unholy Garden), Claude Rains, Ralph Richardson, and Melvyn Douglas. She was directed by the masters of the age, from Fred Niblo, Erich von Stroheim (The Wedding March), and Mauritz Stiller (The Street of Sin) to Leo McCarey, William Wyler, Gregory La Cava, "Wild Bill" William Wellman, Merian C. Cooper (The Four Feathers, King Kong), Josef von Sternberg (Thunderbolt), Dorothy Arzner (Behind the Make-Up), Frank Capra (Dirigible), Michael Curtiz (Doctor X), Raoul Walsh (The Bowery), and Vincente Minnelli.
The book's--and Wray's--counterpart: Robert Riskin, considered one of the greatest screenwriters of all time. Academy Award-winning writer (nominated for five), producer, ten-year-long collaborator with Frank Capra on such pictures as American Madness, It Happened One Night, Mr. Deeds Goes to Town, Lost Horizon, and Meet John Doe, hailed by many, among them F. Scott Fitzgerald, as "among the best screenwriters in the business." Riskin wrote women characters who were smart, ornery, sexy, always resilient, as he perfected what took full shape in It Happened One Night, the Riskin character, male or female--breezy, self-made, streetwise, optimistic, with a sense of humor that is subtle and sure.
Fay Wray and Robert Riskin lived large lives, finding each other after establishing their artistic selves and after each had had many romantic attachments--Wray, an eleven-year-long difficult marriage and a fraught affair with Clifford Odets, and Riskin, a series of romances with, among others, Carole Lombard, Glenda Farrell, and Loretta Young.
Here are Wray's and Riskin's lives, their work, their fairy-tale marriage that ended so tragically. Here are their dual, quintessential American lives, ultimately and blissfully intertwined.

Fay Wray and Robert Riskin: A Hollywood Memoir by Victoria Riskin
My rating: 5 of 5 stars

Faye Wray and Robert Riskin: A Hollywood Memoir by Victoria Riskin is a 2019 Pantheon Books publication.

“You will star opposite the tallest, darkest leading man in Hollywood” – Merian C. Cooper, co-director of King Kong, 1933

I don’t recall the first time I watched the original version of King Kong, but it was aired frequently on television when I was very young. I watched it over and over again. I never felt afraid, only fascinated by it. Fay Wray’s performance probably had a lot to do with that fascination. It has been over a decade, at least, since I watched the old, original classic, which, if memory serves, aired on the Turner Classic Movie Channel, at the time.

However, I remember the movie vividly, and despite remakes of the film, the Fay Wray classic is the only one I have ever seen, or ever will watch.

Yet, not once, can I ever recall feeling the slightest bit interested in Fay Wray’s personal life. However, when I stumbled across this book on Overdrive, my interest was piqued.

Written by the daughter of Fay Wray and famous screenwriter, Robert Riskin, this is not only a biography, but a piece of unique history and a real, authentic Hollywood love story.

This book is well-researched and very organized- the first things I look for in any kind of memoir or biography. The book is packed with wonderful memories of some of the best old movies, with plenty of wonderful bits of behind the scenes information. The book alternates between Fay’s career and personal life and Robert’s, leading up their marriage, which wasn’t until Riskin was in his forties. 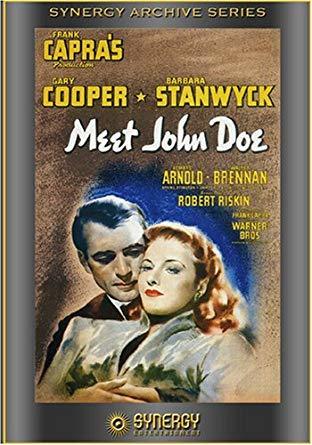 From there the author explains the ups and downs the couple initially encountered due to world war two and the climate in Hollywood at the time. This portion of the book is a very interesting and informative period of history.

The information is backed up with lovely letters written to Fay from Robert while he was away from home. Unfortunately, Fay and Robert had a limited time together, due to Robert’s health, but one can practically feel the humming chemistry between them while reading this book.

“Every time I’m in New York, I say a little prayer when passing the Empire State Building. A good friend of mine died up there.”
Fay Wray


I didn’t know anything about Fay personally, and embarrassingly, didn’t initially recognize Robert’s name. Now, of course, I do recall his name and understand his vast contribution to films, many of which were collaborations with Frank Capra. I also learned that Fay appeared in many feature films prior to and after her most iconic role. I had a lot of fun looking up these old movies!

Overall, this not a standard biography, it feels like a labor love for the author- a tribute to her mother, and a vindication for her father, who didn’t always get the credit he deserved. It’s a movie lover’s dream, and, is also a treat for those who enjoy history. It will even appeal to romantics who enjoy a good love story- especially one that is true! 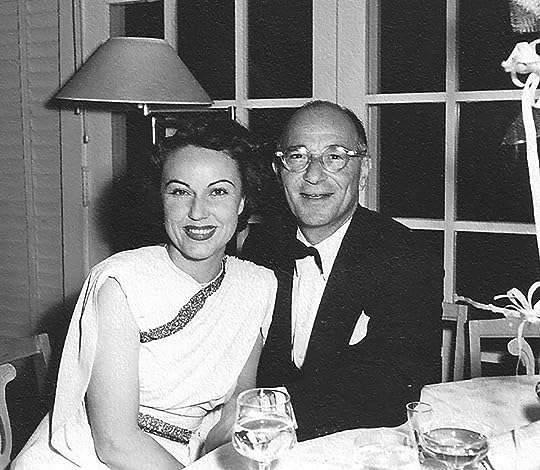 I for one, found this book endlessly fascinating, and enjoyed the overall tone of the book. It is obvious the author poured herself into this project, remaining objective, yet allowing her love for her parents to flow through the pages. But, course, no one could blame her for setting the record straight when it came to her father’s work. Victoria’s research is impeccable, but most importantly, I felt like I got to know her parents in an intimate way, which is a feat most biographers rarely accomplish.

I came away with a deep respect for Fay and the life she carved out for herself and the impact she had on cinema and pop culture.

I also feel Robert’s work, is equally important, and I was awed by his body of work and the amazing movies his writing helped bring to life.

However, the most important impression I was left with is that in a business notorious for self-absorption, Fay and Robert prioritized home and country giving them the levity and attention they should have.

Anyone who loves old Hollywood, movies, pop culture, and history will find this very personal, touching, and quite impressive biography of great interest. 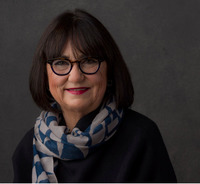 VICTORIA RISKIN is an award-winning writer and producer, adapting Willa Cather's "My Ántonia" for television and producing Carson McCullers's "The Member of the Wedding". Riskin was president of the Writers Guild of America West and served for twelve years as a director of Human Rights Watch. She lives on Martha's Vineyard.
Posted by gpangel at 1:00 AM