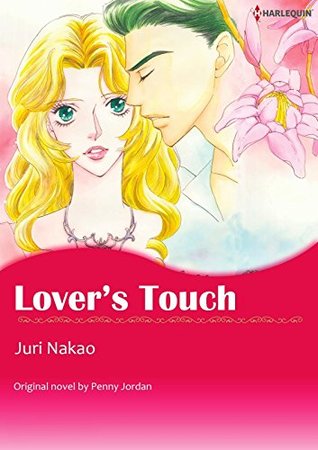 Eleanor Tressail lost her father and grandfather in quick succession, and now she’s racking her brain trying to figure out how to pay the inheritance tax on the estate and all the property that was bequeathed to her. She promised her grandfather that she wouldn’t lose the home that the family has lived in for generations, but her stepsister, Grania, believes they should sell the house and split the money equally. At that moment Joss, the trustee of their finances, appears and proposes marriage to Eleanor. In exchange for the Tressail family title, he’ll take care of all her financial problems. But she can’t marry someone who doesn’t love hereven if she loves him!

Lover's Touch by Juri Nakao
My rating: 4 of 5 stars

Eleanor Tressail gets saddled with an enormous estate tax after her father and grandfather pass away. While she is trying figure out a way to keep the estate in the family and pay the taxes, her shallow step-sister is pressuring her to sell the property and split the proceeds.

However, the trustee of their finances, Joss, shows up and offers Eleanor a most unusual solution to her dilemma- a marriage of convenience!

Joss and Eleanor have a complicated past. Eleanor loves Joss, but is positive he could never return her feelings.

This short story is based on the Harlequin novel published by the late Penny Jordon back in 1989. The story is slightly rushed, but I thought the Manga version did the original story justice and as always, the illustrations are top notch.

I love the theme in this book, as the good looking, wealthy man appreciates Eleanor for who she is, loving her, whether she has her glam on, or if she is dressed casually, seeing her inner beauty and depth, which is always a nice concept and a lovely message.

Penny was a big favorite of mine way back in the day, so it is so lovely to see some of her books enjoyed once again in such an imaginative and visual format. 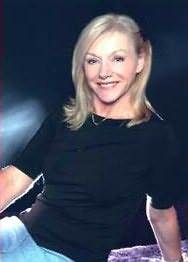 By her early twenties, Jordan was writing for herself, but her writing career began in earnest when she was 30, encouraged and supported by her husband. He bought her, at a time when he could ill afford it, the small electric typewriter on which she typed her first books. She entered a competition run by the Romantic Novelists' Association. Although she did not win, an agent looking for a new-style Georgette Heyer, contacted the R.N.A.
In March 1979, she published her first novel under the pseudonym Caroline Courtney, Duchess in Disguise, the same year she published 4 other books. Under this pen-name she published 25 Regency romances until 1986. From 1981–83, she signed 3 air-hostess romps as Melinda Wright and 2 thrillers as Lydia Hitchcock, published by Columbine House.  In 1981, Mills & Boon accepted her first novel for them, Falcon's Prey, signed as Penny Jordan. Since then, almost 70 million copies of her 167 Mills & Boon (or Harlequin) novels have been sold worldwide.