The Military Wife by Laura Trentham- Feature and Review 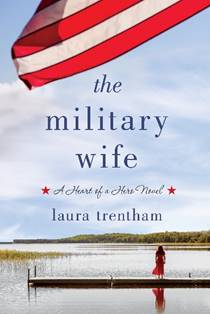 A young widow embraces a second chance at life when she reconnects with those who understand the sacrifices made by American soldiers and their families in award-winning author Laura Trentham’s The Military Wife.
Harper Lee Wilcox has been marking time in her hometown of Kitty Hawk, North Carolina since her husband, Noah Wilcox’s death, nearly five years earlier. With her son Ben five and living at home with her mother, Harper fights a growing restlessness, worried that moving on means leaving the memory of her husband behind.
Her best friend, Allison Teague, is dealing with struggles of her own. Her husband, a former SEAL that served with Noah, was injured while deployed and has come home physically healed but fighting PTSD. With three children underfoot and unable to help her husband, Allison is at her wit’s end.
In an effort to her own life, Harper sees an opportunity to help not only Allison but a network of other military wives eager to support her idea of starting a string of coffee houses close to military bases around the country.


In her pursuit of her dream, Harper crosses paths with , Noah’s best friend and SEAL brother. A man who has a promise to keep, entangling their lives in ways neither of them can foresee. As her business does an unexpected relationship with Bennett. Can Harper let go of her grief and build a future with Bennett even as the man they both loved haunts their pasts?

The Military Wife Laura Trentham
My rating: 5 of 5 stars

A moving story with a beautiful and emotional love story!

Harper is a war widow, raising her son, Ben, alone. Noah has been gone five years now, and Harper is hoping to start her own business by opening coffee shops located near military bases, which also helps to provide jobs for military wives.

Allison is , helping her with the new business, while also coping with her husband’s dangerous and terrifying PTSD.

was , and SEAL brother. Noah used to read portions of Harper’s letters out loud to Bennett, giving him a certain image of Harper, and an idea of the type of woman she might be. Bennett must now make good on a promise he made to Noah before his death, but he is also weighed down with a heavy heart. Bennett wants to help Harper, but, preferably from a distance. Harper, however, wants to know what really happened to Noah and only Bennett knows the whole truth.

While this story is categorized as a military romance, this is not your typical contemporary romance featuring an inked, alpha male with muscles. This novel is much more mature than that, with well- drawn characters and very realistic dialogue.

This is a very constructed story, examining the various challenges military wives and families face and the way they support one another through thick and thin. I loved Harper’s and Bennett’s bittersweet romance and the way their feelings grew over time and the very understandable mixture of emotions they brought to their new relationship.

All the issues addressed in the story are emotional and realistic, spotlighting the very real struggles military families face. The sacrifice and honor of these soldiers and the lingering effects that haunts them long after their service is complete is handled with sensitivity and respect.

These characters are memorable, sympathetic and even inspirational. Although there is a very special romance thread, the secondary threads are just as compelling, making this a story that could easily cross over into other genres and would appeal to a broader audience.

Overall, this is a very touching story, with a wonderful blend of romance, family, and friendship with a hard won and long overdue happily ever after. 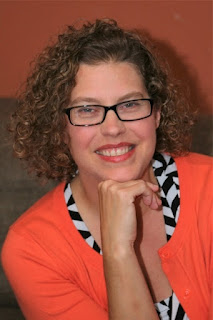 --
LAURA TRENTHAM is an award-winning author of contemporary and historical romance. She is a member of RWA, and has been a finalist multiple times in the Golden Heart competition. A chemical engineer by training and a lover of books by nature, she lives in South Carolina.