A Rebel At Pennington By Rachel Brimble - Feature and Review 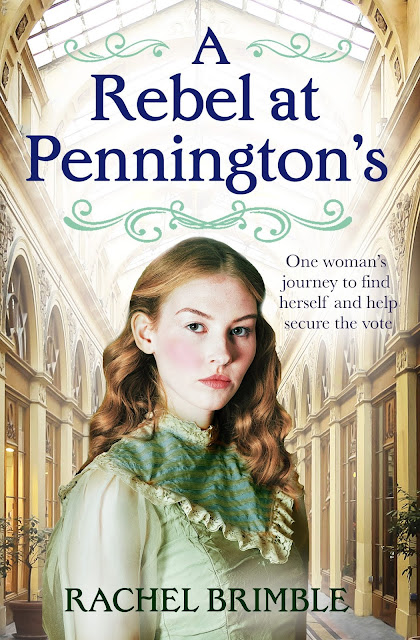 One woman's journey to find herself and help secure the vote. Perfect for the fans of the TV series Mr  The Paradise.

1911 Bath. Banished from her ancestral home, passionate suffrage campaigner, Esther Stanbury works as a window dresser in Pennington's Department Store. She has hopes and dreams for women's progression and will do anything to help secure the vote.
Owner of the prestigious Phoenix Hotel, Lawrence Culford has what most would view as a successful life. But Lawrence is shame, resentment and an anger that threatens his future happiness.
When Esther and Lawrence meet their mutual understanding of life's challenges unites them and they are drawn to the possibility of a life of love that neither thought existed.
With the Coronation of King-Emperor George V looming, the atmosphere in Bath is to fever pitch, as is the suffragists' determination to secure the vote.
Will Esther's rebellious nature lead her to ruin or can they overcome their pasts and look to build a future together?

A Rebel at Pennington's by Rachel Brimble
My rating: 4 of 5 stars

The Rebel at Pennington’s by Rachel Gamble is a 2019 Aria publication.

A compelling romance highlighting the adversity, and the hard choices women were often forced to endure while fighting for the right to vote. These sacrifices also meant making a choice between love and family and the cause they worked so passionately for.

Esther is forced out of her home and sent to live with her aunt after her father remarries and Esther’s women’s rights activism causes a rift. She dresses store windows for Pennington’s, an upscale shop, where she meets the wealthy and influential widower, Lawrence Culford. Lawrence is smitten by Esther and her spunky opinionated ways.

After a loveless marriage ends tragically, Lawrence is determined to marry for love, but a heavy family burden could prevent him from realizing his goal. At the same time, Esther is worried that marriage would prevent her full dedication to a cause that she feels she must fight for at all costs.
I really enjoyed this story, which lightly touches on many angles that activism can take, as well as creating realistic characters who face very real pressures and family dilemmas which are draining and painful.

There are characters we love to hate and characters we cheer for, which shows how great a job the author did with the characterizations. This makes the romance feel more authentic as well. It’s not just the sensuality and passion, but also true love which conquers all the obstacles in the way.

Overall, this is a terrific, well balanced story with a lovely happily ever after! 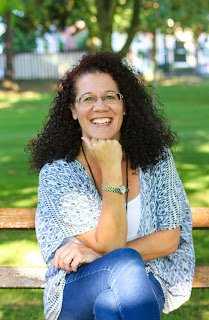 Rachel lives with her husband and their two daughters in a small town near Bath in the UK. Since 2007, she has had several novels published by small US presses, eight books published by Harlequin Superromance (Templeton Cove Stories) and four Victorian romances with /Lyrical.
In January 2018, she signed a four-book deal with Aria Fiction for a new Edwardian series set in Bath’s finest department store. The first book, The Mistress of Pennington’s released July 2018.
Rachel is a member of the Romantic Novelists Association and Romance Writers of America, and was selected to mentor the Superromance finalist So You Think You Can Write 2014 contest. When she isn’t writing, you’ll find Rachel with her head in a book or walking the beautiful English countryside with her family. Her dream place to live is Bourton-on-the-Water in South West England.


She likes nothing more than connecting and chatting with her readers and fellow romance writers. Rachel would love to hear from you!
Links: 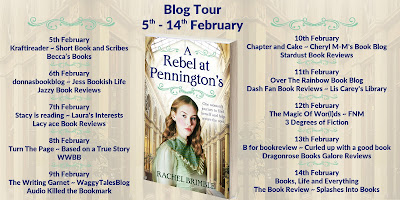