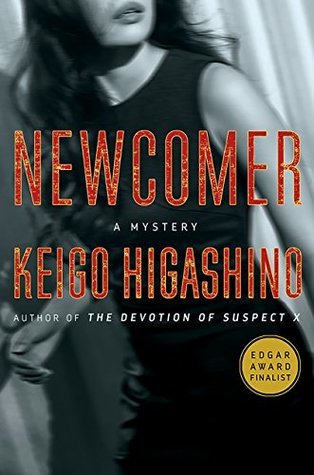 Detective Kyoichiro Kaga of the Tokyo Police Department has just been transferred to a new precinct in the Nihonbashi area of Tokyo. Newly arrived, but with a great deal of experience, Kaga is promptly assigned to the team investigating the murder of a woman. But the more he investigates, the greater number of potential suspects emerges. It isn’t long before it seems nearly all the people living and working in the business district of Nihonbashi have a motive for murder. To prevent the murderer from eluding justice, Kaga must unravel all the secrets surrounding a complicated life. Buried somewhere in the woman’s past, in her family history, and the last few days of her life is the clue that will lead to the murderer.
From the international bestseller Keigo Higashino, author of The Devotion of Suspect X, comes one of his finest works of crime fiction yet.

Newcomer by Keigo Higashino
My rating: 4 of 5 stars

Fans of cozy mysteries or old school detective stories will love this one!!

Detective Kyoichiro Kaga has recently been transferred to the Nihonbashi precinct. He is immediately assigned to solve the murder of a divorced woman with ties to the Nihonbashi business district. To solve the mystery, he must interview people working in the neighborhood, all of whom have secrets, which may be a motive to commit murder.


I get book recommendations from so many sources, I often forget where I discover new books, but I do remember this author and this book series being advertised and promoted by Book Riot.

However, I had a devil of a time locating the first books in the series. Some are translated, some are not. A few are available in the library, but not from this series. So, I finally gave up and took a chance on this one, even though it is the eighth book in the series.


Turns out, this book can easily be read as a stand- alone. Doing a little research, I discovered this series and this author, are wildly popular in Japan. However, I still didn’t quite know what to expect.


Each segment is like a vignette, featuring a specific business owner or workers in Nihonbashi. Each has a connection with the murdered woman, and Kyoichiro Kaga methodically employs the process of elimination until he finally gets to the truth. Each story is compelling in its own way, and the characters all seem to discover a little something about themselves, or others, that gives them a fresh perspective.

I had to adjust to the format just a little, but soon caught on the method the author was using and found myself drawn deeper into the mystery as the story progressed.


Kyoichiro Kaga is very clever, with incredible powers of observation and the ability to draw people out and get them to confide in him. He is a bit like old school detectives, in that way. He’s charming, in a way, but his personality was a little bland. He didn’t have the fussiness of a Hercule Poirot or a dark side like Sherlock Holmes, for example. He needs a little more pizazz, but is otherwise a likeable character.

This clever mystery is centered more around the characterizations and is not in any way graphic or otherwise explicit. This format may appeal to cozy mystery fans as well, although I hate to label it as such due to the image most of us have of contemporary cozies.

All the same, if you like a good mystery solved without lurid details by a detective that uses his powers of deduction, over lab results and modern technologies, you will appreciate this little gem.

I doubt this series has what it takes to make the same impact here in the States as it has in Japan. It might even underwhelm those who balk at mysteries that aren’t action packed or loaded with grit, autopsy reports, and forensic details.

But I really enjoyed this book and found it to be quite interesting and a wonderful change of pace. I enjoyed it enough to add more of these stories into my TBR pile, if and when I can find them. I am especially interested in “The Devotion of Suspect X", a book written by this author, but from a different series. That book was nominated for an Edgar award and the movie version was the third highest grossing film in Japan in 2008.

I think I may have discovered a new author to follow!! 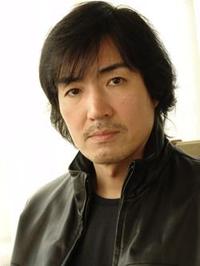 Keigo Higashino (東野 圭吾) is one of the most popular and biggest selling fiction authors in Japan—as well known as James Patterson, Dean Koontz or Tom Clancy are in the USA.Born in Osaka, he started writing novels while still working as an engineer at Nippon Denso Co. (presently DENSO). He won the Edogawa Rampo Prize, which is awarded annually to the finest mystery work, in 1985 for the novel Hōkago (After School) at age 27. Subsequently, he quit his job and started a career as a writer in Tokyo.In 1999, he won the Mystery Writers of Japan Inc award for the novel Himitsu (The Secret), which was translated into English by Kerim Yasar and published by Vertical under the title of Naoko in 2004. In 2006, he won the 134th Naoki Prize for Yōgisha X no Kenshin. His novels had been nominated five times before winning with this novel.The Devotion of Suspect X was the second highest selling book in all of Japan— fiction or nonfiction—the year it was published, with over 800,000 copies sold. It won the prestigious Naoki Prize for Best Novel— the Japanese equivalent of the National Book Award and the Man Booker Prize. Made into a motion picture in Japan, The Devotion of Suspect X spent 4 weeks at the top of the box office and was the third highest‐grossing film of the year.Higashino’s novels have more movie and TV series adaptations than Tom Clancy or Robert Ludlum, and as many as Michael Crichton.
Posted by gpangel at 1:00 AM