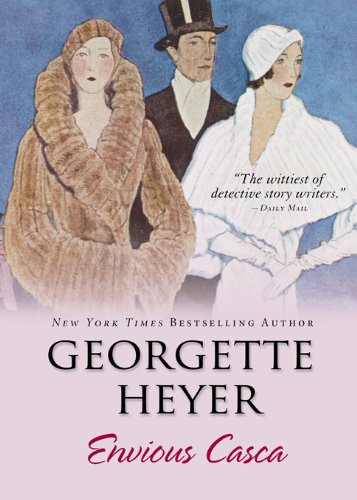 'Tis the season-to be dead...
Resigned to spending Christmas at Lexham Manor, Mathilda Clare wasn't sure what she dreaded most--the foul temper of Nat Herriard, the filthy-rich old Scrooge who owned the place, or the sweetness-and-light of his brother, Joseph. Joseph had concocted a guest list brilliantly headed for mayhem... acid-tongued young Stephen, his sly sister Paula, and Nat's sharp-dealing partner, with a finger in some strange pies. "There'll be murder before we're through," Mathilda laughed. And she was absolutely right. This it is no ordinary Christmas, when the holiday party takes on a sinister aspect when the colorful assortment of guests discovers there is a killer in their midst. The owner of the substantial estate, that old Scrooge Nathaniel Herriard, is found stabbed in the back, and the six holiday guests find themselves the suspects of a murder enquiry.
For Inspector Hemingway of Scotland Yard, 'tis the season to find whodunit. Whilst the delicate matter of inheritance could be the key to this crime, the real conundrum is how any of the suspects could have entered the locked room to commit this foul deed. The investigation is complicated by the fact that every guest is hiding something-throwing all of their testimony into question and casting suspicion far and wide. The clever and daring crime will mystify readers, yet the answer is in plain sight all along....

Envious Casca by Georgette Heyer
My rating: 5 of 5 stars

Envious Casca by Georgette Heyer was written in 1941.

Joseph wants to be have a holiday party and has invited his niece and nephew, and their current significant others, as well as his brother Nathan's business partner. Apparently old uncle "Nat" was not the holiday cheer type and was up and down with a painful malady, making him grumpier than usual. Having all these people under one roof proved not to be such a grand idea when Uncle Nat was murdered in his bed.

This is a classic "locked door" mystery set during the holidays, making this a good mystery to pull out this time of year. Suspects and motives abound as Inspector Hemingway tries to sort through the evidence and alibi's.

This classic mystery might have you thinking twice about congregating your family under one roof for a little holiday gathering.

This book is a part of my personal book collection and one I've always wanted to read, but somehow never got around to. I'm glad I decided to sneak it in my holiday reading list this year.
This one would appeal to all mystery lovers, but especially to those that enjoy British mysteries and classic mysteries. 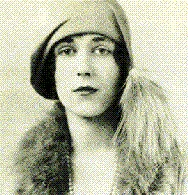 Georgette Heyer was a prolific historical romance and detective fiction novelist. Her writing career began in 1921, when she turned a story for her younger brother into the novel The Black Moth.In 1925 she married George Ronald Rougier, a mining engineer, and he often provided basic plot outlines for her thrillers. Beginning in 1932, Heyer released one romance novel and one thriller each year.Heyer was an intensely private person who remained a best selling author all her life without the aid of publicity. She made no appearances, never gave an interview and only answered fan letters herself if they made an interesting historical point. She wrote one novel using the pseudonym Stella Martin.Her Georgian and Regencies romances were inspired by Jane Austen. While some critics thought her novels were too detailed, others considered the level of detail to be Heyer's greatest asset.Heyer remains a popular and much-loved author, known for essentially establishing the historical romance genre and its subgenre Regency romance.
Posted by gpangel at 1:00 AM