FLASHBACK FRIDAY: The Christmas Story: The Book that Inspired the Hilarious Classic Film- by Jean Shepherd 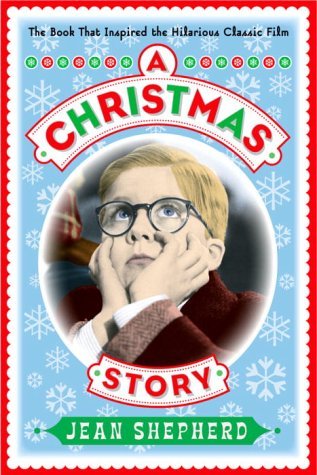 A beloved, bestselling classic of humorous and nostalgic Americana—the book that inspired the equally classic Yuletide film.
The holiday film A Christmas Story, first released in 1983, has become a bona fide Christmas perennial, gaining in stature and fame with each succeeding year. Its affectionate, wacky, and wryly realistic portrayal of an American family’s typical Christmas joys and travails in small-town Depression-era Indiana has entered our imagination and our hearts with a force equal to It’s a Wonderful Life and Miracle on 34th Street.
This edition of A Christmas Story gathers together in one hilarious volume the gems of autobiographical humor that Jean Shepherd drew upon to create this enduring film. Here is young Ralphie Parker’s shocking discovery that his decoder ring is really a device to promote Ovaltine; his mother and father’s pitched battle over the fate of a lascivious leg lamp; the unleashed and unnerving savagery of Ralphie’s duel in the show with the odious bullies Scut Farkas and Grover Dill; and, most crucially, Ralphie’s unstoppable campaign to get Santa—or anyone else—to give him a Red Ryder carbine action 200-shot range model air rifle. Who cares that the whole adult world is telling him, “You’ll shoot your eye out, kid”?
The pieces that comprise A Christmas Story, previously published in the larger collections In God We Trust, All Others Pay Cash and Wanda Hickey’s Night of Golden Memories, coalesce in a magical fashion to become an irresistible piece of Americana, quite the equal of the film in its ability to warm the heart and tickle the funny bone.

A Christmas Story by Jean Shepherd
My rating: 5 of 5 stars

The Christmas Story by Jean Shepard – narrated by Dick Cavett- is a 2004 RH audio publication. (Read from the book, published in 1983)

I knew the movie, which we have all seen ad nauseum every Christmas, was based on a book, but I’d never read it. The movie version is adorable, but I’ve seen it so many times I can almost quote it verbatim. I decided to stop watching it for a while because it was in danger of losing all its charm, due to the marathon showings of it on television.

But this year I caught myself thinking about holiday movies, the ones I watched growing up and the ones my kids loved, and the way television has burned me out on some of my favorites. So, this year I decided to read more Christmas themed books instead of watching the same movies over and over. But, when I stumbled across this book in audio format on Scribd, I couldn’t resist. I figured it would be a new way to experience an old favorite. However, I was taken aback when I discovered this book was not exactly family oriented.

The book is really like a set of related vignettes or a collection of short stories. Some have described them as essays. The Christmas themed story about the Red Ryder BB gun is super short and made me wonder where all the other parts were.

Have no fear! The ‘major award’ episode is here, as well as many other popular scenes from the movie, just not in the order I was accustomed to. The Bumpus’ family is described in full detail – something the movie doesn’t address-leading up to a different version of the holiday feast which was stolen by their dogs, but one that is equally madcap.

So, yes, I was able to enjoy a favorite holiday story in an all new way which was very refreshing and so much fun. Dick Cavett did an amazing job with the narration, and the book provides some background information which gave me a new perspective on some scenes in the movie version.
The book is just a funny as the movie, but just in case you have never read it, it should be noted the language can be moderately strong in some places, with adult themes and is not for younger children.

For me the book has a stronger feel of nostalgia and is even a little poignant on a few occasions. Shepard’s deadpan wit and folksy humor are juxtaposed against the adult man living in ‘modern’ day New York and the boy growing up in Indiana in the depression era. He has perfect, pitch, tone, and timing! He is occasionally wistful, with a little family tenderness managing to seep out, as well. I thoroughly enjoyed listening to this book today. It is very short, and only took a few hours to listen to the entire book.

If you love the movie, then you really must check out the book. I recommend trying the audio version, if you get a chance. 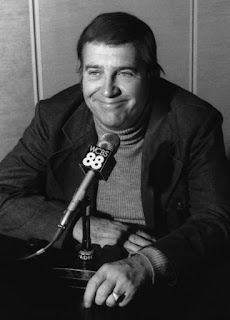 Raised in Hammond, Indiana, Jean Shepherd went on to work in the steel mills and was a veteran of the Army Signal Corps before entering the arts. In the 1950s, he began a long career as a radio personality telling stories of his youth, commenting on current topics and performing silly songs. While at WOR-AM in New York, he also broadcast live night club acts from the Limelight in Greenwich Village. He wrote for Playboy and other magazines. His articles were published in a series of books including "The America of George Ade", "In God We Trust, All Others Pay Cash", "Wanda Hickey's Night of Golden Memories, and Other Disasters", "A Fistful of Fig Newtons" and "The Ferrari in the Bedroom". During the 1970s, he did two series of humorous programs as well as several American Playhouse (1981) episodes for PBS. In 1983, he wrote his first feature film, A Christmas Story (1983), putting together many tales of his semi-autobiographical character "Ralphie". A sequel, "My Summer Story" (aka It Runs in the Family (1994)) was made in 1994. 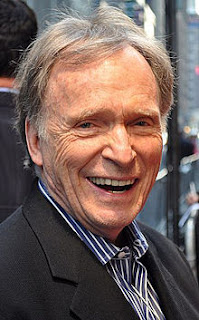 Dick Cavett was born November 19, 1936) is an American television personality, comedian and former talk show host notable for his conversational style and in-depth discussions. He appeared regularly on nationally broadcast television in the United States in five consecutive decades, the 1960s through the 2000s.
In later years, Cavett wrote a column for the online The New York Times, promoted DVDs of his former shows as well as a book of his Times columns, and hosted replays of his TV interviews with Salvador Dalí, Groucho Marx, Katharine Hepburn, Judy Garland, Marlon Brando, Ingmar Bergman, Woody Allen, John Lennon and others on Turner Classic Movies.[1][2]