SCROLL DOWN FOR THE GIVEAWAY! 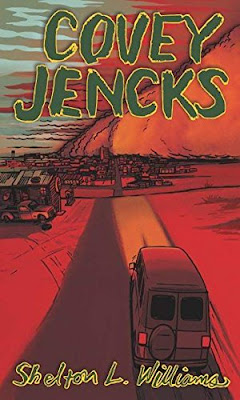 Covey Jencks is a murder mystery with a social conscience. Set in West Texas with a cast of colorful and humorous characters, it follows a young lawyer from Washington, DC back to his hometown of Odessa, Texas. He wants and needs to solve a murder case from 1979 in 1993. The problem is that the Odessa Police Department has already found its man, and no one wants to re-visit the case of a black prostitute whose life was seemingly of no consequence to anyone. But Freddie Mae Johnson’s death matters to Covey, and eventually he discovers an old flame, JayJay Qualls, who also knew and loved Freddie. Together they undertake an investigation that uncovers not only the truth about Freddie but also the secrets of Odessa’s south side, Mexican gangs, a Boston mobster, and the fallacy of unexamined assumptions. Finding out who killed Freddie is one thing, but preventing their own demise is quite another!

Covey Jencks by Shelton L. Williams
My rating: 4 of 5 stars

Covey Jencks has returned home to Odessa, Texas, from Washington, D.C., to tackle an unsolved murder which haunted him for years.

He sets up his own law firm, re-connects with an old girlfriend, JayJay, and begins looking under rocks, searching for clues that might, after all these years, solve the 1979 murder of Freddie Johnson, a woman who was very special to him.

As Covey and JayJay connect the dots, they discover ties to Boston mobsters, Mexican gangs, and crooked cops. The closer they get to the truth, the riskier the investigation becomes. “The Lovebirds” can only hope they will live to see justice prevail.

Many of you may recognize Odessa, Texas from the book, movie, and television show, “Friday Night Lights”. It is true that when speaking of Odessa, it is impossible not to make at least a few casual references to football. However, this novel, which is set in the nineties, with flashes back to the late seventies, is a crime novel, which initially starts out as an investigation into a mysterious cold case.

This was a time when racism was not something people took great pains to hide, at least not in this neck of the woods, and as such, minorities or marginalized people led secretive lives, and did not blend together the same way we do now.

The author did an amazing job of capturing the attitudes, dialogue, and social climate of the decades in which the story is set. Not only that, he nails the weather and atmosphere of Odessa, with the dust, and the wind, which goes a long way towards creating a certain ambience for this type of story. The descriptions are vivid and accurate, as is the dialogue, which is often humorous, and very nostalgic. (Think AOL and chat rooms!!) However, it should be noted that racial slurs are common place in the novel. This is in no way gratuitous, but is an authentic and accurate depiction of the attitudes and opinions of the characters in a specific time and place. This doesn’t make it any easier to read or listen to, of course, and it is offensive, as it should be, but unfortunately, it is all too realistic.

This story does have a lot of personality and charm, though, which helps to offset the edgier parts. The story is gritty, yet stylish, with terrific banter and dialogue, a widely diverse cast of characters, and is a superior crime drama, loaded with surprise revelations and interesting twists. The pacing is steady, befitting the style of the story. I’d love to hear more about these characters in the future, and so I hope the author will give us a periodic update. Surely, Covey, JayJay, and the gang have a few more adventures on the horizon!!

Overall, this an impressive mystery and crime story, and I really loved the thought provoking and cautionary warning this novel inspires. As the author states in his closing remarks, the past forty years should not be viewed a decline. If we are not careful, however, a decline is exactly what will happen, and this book shows you just want that decline might look like, and it’s not a pretty sight.

When I signed up to review this title, it was mainly to critique the audio version. The book has been given a little spit and polish since it was first published, and is now available in audiobook format via Audible.

The audiobook recording is smooth, but there are a couple of things you may want to be prepared for.

As a reviewer, I mainly write for other readers and I have found it immensely helpful to know in advance what to expect from a book, which is especially true for the audio experience.

As a person who has only used audio streaming for the past couple of years, a learning curve was required. I only add audio for about one out every eight books I read. So, my opinions may seem a little naive.

The book is written in a first person narrative, so I found the female narrator to be an interesting choice, since Covey is a guy. This is not a criticism, really, it's just that I've never come across that before, and it took me a little time to adjust.

That said, the narrator does give distinct voices for each character, and tells the story with great enthusiasm. Once all the characters were introduced and I understood their roles, I was completely invested in the plot, and could visualize the landscape. I grew to love Covey and JayJay, and the colorful cast of characters featured in the book. It was smooth sailing from then on. Overall, it was a pleasant listening experience. I recommend adding the audio to complement the e-book, for a richer experience. 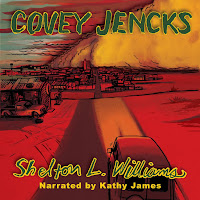 Williams seamlessly braids a murder mystery with a love story and a drama about the pervasiveness of racism in the South... The author’s prose is buoyantly eccentric, both insightful and self-effacingly humorous. And the clues Covey and JayJay track down are meted out to readers with impressive judiciousness: The author never prematurely surrenders so much information that the conclusion is rendered foregone while the tale’s swift pace prevents it from becoming tedious. An engrossing crime drama that’s both entertaining and provocative. -- Kirkus Indie 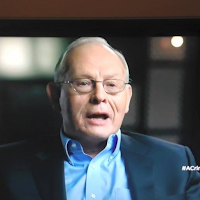 Shelton L. Williams (Shelly) is founder and president of the Osgood Center for International Studies in Washington, DC. He holds a PhD from Johns Hopkins School of Advanced International Studies and he taught for nearly 40 years at Austin College in Sherman, Texas. He has served in the US Government on 4 occasions and he has written books and articles on nuclear proliferation. In 2004 he began a new career of writing books on crime and society. Those books are Washed in the Blood, Summer of 66, and now Covey Jencks. All firmly prove that he is still a Texan at heart.

My ﬁrst part time job while I was in high school was announcing at the local radio station, and I had fun being "on the air” and using my sarcastic sense of humor.  I worked in the radio business for more than twenty years. My favorite pastimes are teaching ﬁgure skating, getting lost in a great book, and watching movies.  I narrate and produce audio books in my home studio, and I truly enjoy bringing an author’s characters to life with an audio book. I currently reside in Minnesota with my slightly overweight cat and two childlike golden retrievers.
-------------------------------------
GIVEAWAY!  GIVEAWAY!  GIVEAWAY!
FIVE WINNERS! One Winner: Get One Signed, Print Copy & Give One to the Library of Your Choice Two Winners: Audible Audio Book Copies
Two Winners: eBook CopiesNOVEMBER 27-DECEMBER 6, 2018
(U.S. Only) 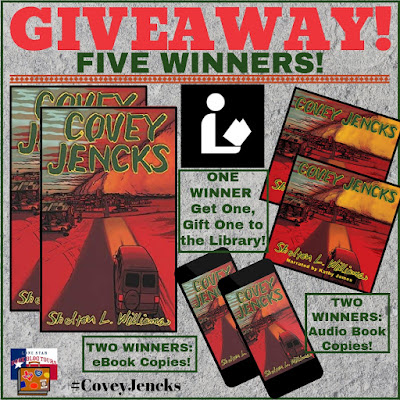