The Depths of Winter by Craig Johnson- Feature and Review 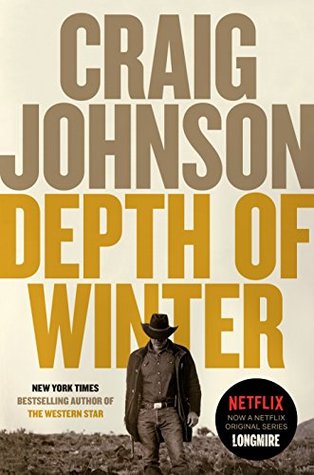 Welcome to Walt Longmire's worst nightmare. In Craig Johnson's latest mystery, Depth of Winter, an international hit man and the head of one of the most vicious drug cartels in Mexico has kidnapped Walt's beloved daughter, Cady, to auction her off to his worst enemies, of which there are many. The American government is of limited help and the Mexican one even less. Walt heads into the one-hundred-and-ten degree heat of the Northern Mexican desert alone, one man against an army.

Depth of Winter by Craig Johnson
My rating: 4 of 5 stars

Depth of Winter by Craig Johnson is a 2018 Viking publication.

By now most people are familiar with Longmire, even if you never picked up one of the books or watched a single episode of the TV series upon which it was based. The uproar over the sudden cancellation of the show catapulted it into the national spotlight and was the recipient of some fiercely loyal support across social media, which eventually managed to revive the series for a couple of more seasons when Netflix picked it up.

But, the books were already well established before the show ever aired on television, and now that the show has finally been shelved for good, the hardcore, diehard fans can relax back into the book series with a sigh of relief. Comparisons between the books and the show will fade away and we can have our beloved Walt Longmire all to ourselves again.

But, as many will see, despite all the hoopla- or maybe because of it, this series has come a long way in fourteen installments, and things have been a little... Unusual, as of late.

I was not especially thrilled when the last book ended with a big frustrating cliffhanger. So, I’ve been waiting impatiently for this new one to appear. If you read the thirteenth book, you’ll recall the circumstances that led Walt to Mexico, which should have been a big clue to readers that this latest chapter, might not be the standard fare for this series. However, this one still took me surprise and it was a little slow going at first.

Cady has been kidnapped and Walt has gone in search of her. Once he arrives in Mexico, he is aided by a quirky cast of characters, as he encounters one dangerous situation, or villain after another, on his way to meeting up with the drug lord who is holding his daughter captive.

Be aware that none of the usual cast of characters is along for the ride this time and we are a long way from Wyoming. Therefore, the atmosphere is entirely different, because the setting is different, with completely unfamiliar cast members. I, for one, really missed the cast I've come to know and love, but the new dynamic did have its moments.

Walt's one man show was interesting, but it did wear thin before all was said and done. To avoid implementing the same chaos and violence others around him in Mexico often resort to, Walt almost channeled McGyver and, while clever, could also be a little outlandish- although anyone moderately familiar with football will appreciate the Bob Lily con.

This installment is grittier and edgier than usual, but I confess, once I got the lay of the land, I was immersed in the story, invested enough to stay up past my bedtime. So, despite my initial reservations, I ended up liking this one more than I expected to.

This one is for fans and followers of the series. 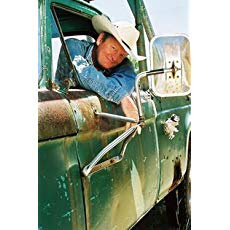 Craig Johnson is the New York Times bestselling author of twelve Walt Longmire mystery novels, which are the basis for Longmire, the hit Netflix original drama. The Cold Dish won Le Prix du Polar Nouvel Observateur/Bibliobs. Death Without Company, the Wyoming Historical Association's Book of the Year, won France's Le Prix 813, and Another Man's Moccasins was the Western Writers of America's Spur Award Winner and the Mountains & Plains Book of the Year. The Dark Horse, the fifth in the series, was a Publishers Weekly Best Book of the Year and Junkyard Dogs won The Watson Award for a mystery novel with the best sidekick. Hell Is Empty, selected by Library Journal as the Best Mystery of the Year, was a New York Times best seller, as was As the Crow Flies, which won the Rocky for the best crime novel typifying the western United States. A Serpent's Tooth opened as a New York Times bestseller as did Any Other Name and Wait for Signs, Johnson's collection of short stories. Spirit of Steamboat was selected by the State Library as the inaugural One Book Wyoming and included visits to sixty-three libraries. Johnson lives in Ucross, Wyoming, population twenty-five.