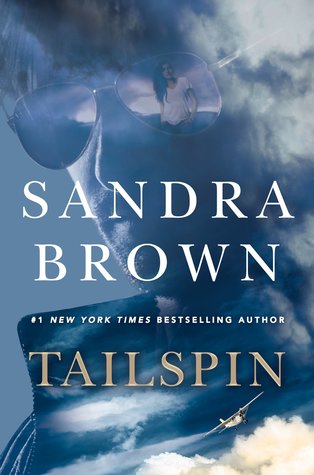 #1 New York Times bestselling author Sandra Brown returns with a potent fusion of tantalizing suspense and romance, in a thriller about a reckless pilot caught in a race against time.

Rye Mallett, a fearless "freight dog" pilot charged with flying cargo to far-flung locations, is often rough-spoken, usually unshaven, and he never gets the regulation eight hours of shut-eye before a flight; but he does have a rock-solid reputation: he will fly in the foulest weather, day or night, and deliver the goods safely to their destination. So, when Rye is asked to fly into a completely fogbound Northern Georgia town and deliver a mysterious black box to a Dr. Lambert, he doesn't ask why--he just ups his price.

As Rye's plane nears the isolated landing strip, more trouble than inclement weather awaits him. He is greeted first by a sabotage attempt that causes him to crash land, and then by Dr. Brynn O'Neal, who claims she was sent for the box in Dr. Lambert's stead. Despite Rye's "no-involvement" policy when it comes other people's problems, he finds himself irresistibly drawn to the intrigue surrounding his cargo...and to the mysterious and attractive Brynn O'Neal.

Soon Rye and Brynn are in a treacherous 48-hour race to deliver the box before time runs out. With the hours slipping by and everyone from law enforcement officials to hired thugs hot on their heels, the two must protect their valuable cargo from those who would kill for it--that is, if they can trust each other.

Tailspin by Sandra Brown
My rating: 4 of 5 stars

Tailspin by Sandra Brown is a 2018 Grand Central Publication.

Rye, a ‘freight dog’ pilot has agreed to fly time sensitive cargo in pea soup fog. But, just as he sees the runway, he’s blinded by a laser and crashes. Thankfully, he’s not injured and the mystery box on-board is undamaged.

When he meets the doctor to which the box is to be delivered to, they get off to a rocky start. But, when Rye learns the package was given, not to Dr. Lambert, as agreed, but to a different doctor, Brynn O’Neal, his suspicions are raised. So he sticks around to make sure the box makes it to the correct receiver. He doesn’t trust Brynn and it’s his reputation on the line.

Brynn is an enigma, a woman with a troubled past, which only magnifies Rye’s distrust of her. But, she intrigues him, tempting him to stick around, not only to protect his reputation, and satisfy his curiosity about the mysterious box Brynn is so protective of, but to keep an eye on the beautiful Dr. O’Neal.

This story starts off like any standard romantic suspense novel- Brynn and Rye collide, literally. Then intrigue develops amid the mistrust and mystery surrounding Brynn and that valuable box everyone is so determined to get their hands on. There’s a lot of sexual tension in the air and some snappy dialogue between the two main characters.

However, the story is slow moving and doesn’t really hit its stride until well over the half way mark. There was enough going on to keep me turning pages, but I wasn’t particularly impressed until the second half got underway. From that point forward, the twists come at you at a rapid- fire pace, and the story takes on a new dimension entirely.

While this plot was not exactly plausible, there were some very real moral dilemmas that were entirely too probable. Big money and greed should not enter into such an equation, but of course it does, and always will. This thought -provoking element gave the story more depth and deepened the character study and growth.

Rye could be a jerk sometimes and his reasoning for sticking around was a little thin, but by the last quarter of the book, he’d redeemed himself and had begun to earn my respect.

Brynn remained a mystery for a long time, but I did feel she was judged harshly, based on her upbringing, without taking into consideration all the accomplishments she had made as an adult. Jeez.

However, at the end of the day, it’s morally bankrupt villains, the danger, action and suspense that propel the story forward as well as the tantalizing romantic elements.

Although, I wouldn’t call this one of Brown’s most impressive stories, it did eventually develop nicely and kept me entertained, which is good enough for me. 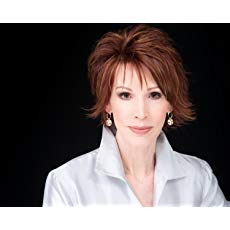