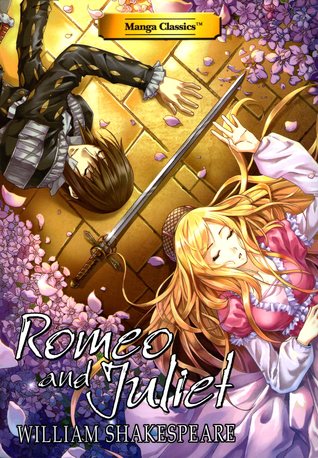 A classic Shakespearean tragedy, Romeo and Juliet is the tale of two star-crossed young lovers who dare to defy their feuding families, put aside all obstacles, and find happiness together - but at a tremendous cost. This grimly beautiful tale, set in the Renaissance Italy, follows Romeo and Juliet from their hateful first meeting to their last.
Manga Classics ™ brings you this incredible new manga version of William Shakespeare's most popular play, featuring the unaltered original text in its entirety!

Manga Classics: Romeo and Juliet by Stacy King
My rating: 4 of 5 stars

There is no need to go into the synopsis or plot of one of William Shakespeare’s most famous plays. We all know the basics of this story by now. Many have read the play in school or have seen a stage or movie adaptation at one point. So, I think it is safe to skip the analysis.

For me, Manga is something I flat out ignored for years because I presumed without ever giving it a fair chance that it would not be something I’d enjoy. Then I discovered it was often geared towards teens or young adults, which was yet another strike against it. But, by sheer accident, I discovered Manga covered a lot of areas, and was much more complex than I’d given it credit for.

Having gotten to an age where I’ve dipped my toes in many different genres, and sub-genres, I find that the ‘I’ve outgrown this’ or ‘aged out of’ attitude closes off many unexplored avenues and because I like to think I’m open minded, I’ve begun to reconsider areas I’ve previously closed off. As a result, I’m having a lot of fun learning about Manga, Graphic Novels, and Comics.

Much to my surprise, I’ve found a nice selection of classic stories, in Manga/Graphic Novel format. After recently reading a memoir by Olivia Hussey, the actress who portrayed Juliet in the famous Zeffirelli 1968 film, this play was on my mind quite a lot. So, when I noticed this Manga version on Netgalley, it grabbed my attention immediately.

For anyone who may be thinking the dialogue is 'updated' with more modern dialect, you’d be wrong. This is the same script you’d find in the original play- except there are no stage directions. Instead, those are replaced by images, which works out much better than I’d have imagined. The artwork is spectacular, as is the adaptation. Obviously, a great deal of thought went into how to present this classic in Manga form, and I’d say it came off beautifully. Granted, I’m still a novice at this, but I was pleased with the presentation.

I did have a few technical issues, since this one is not in Kindle/ MOBI format. I had to use Adobe Edition, which is a pain, and the scrolling was terrible, especially since, of course it’s back to front. Several times my screen jumped to the end of the book and caused a great deal of frustration.

Shakespeare is still difficult to read and adjusting to this format made it an even bigger challenge. It took me a good long while to get through it. (If anyone has a suggestion on how to make this less daunting- please feel free to offer me some suggestions.)

However, despite the heaviness of the drama, and the extra effort it required to read the book, I was impressed, and enjoyed reading this classic with the well-drawn illustrations and art work which certainly enriched and enhanced my experience.

Despite the disdain of melodrama- I liked all the angst between Romeo and Juliet- but not that sad ending! It still makes a great cautionary tale- even after all these years. 4 stars 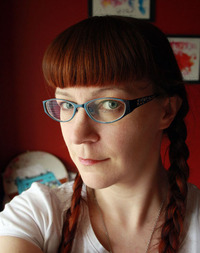 ADAPTED FROM THE WILLIAM SHAKESPEARE PLAY