Almost a Bravo by Christine Rimmer- Feature and Review She isn’t a true Bravo—
And now she’s inheriting a temporary husband!
It’s shocking enough discovering she was switched at birth. Now, to fulfill the terms of his adoptive father’s will, Aislinn Bravo must marry Jaxon Winter or he loses his beloved ranch. Living together as husband and wife for three months only deepens Aislinn’s desire for her longtime crush. But how can she dream of a future with Jax when her whole life is a lie?

Almost a Bravo by Christine Rimmer
My rating: 5 of 5 stars

Almost a Bravo by Christine Rimmer is a 2018 Harlequin Special Edition publication.

Five years ago, Aislinn Bravo worked at Martin Durand’s ranch, and developed a huge crush on his adoptive son, Jaxon.

After Martin dies, Aislinn, mysteriously enough, is called to sit in on the reading of his will. Curious as to why she was summoned, Aislinn agrees to attend. Unfortunately, the information she receives is devastating. She learns she was switched at birth, which is shocking enough, but one more added decree upends Aislinn’s life for better or worse.

Jaxon has been married and divorced, and now Wild River Ranch is his life. But, his adoptive father has thrown his inheritance into doubt by forcing him to marry Aislinn Bravo and stay married for at least three months. Although, Aislinn will get a cash payout, the inability to rob Jaxon of the ranch he loves, convinces her she must agree to the stipulations of the will. But, her guilt over her teenage machinations five years earlier, her sadness and disquiet over learning she is not a Bravo, and Jaxon’s announcement that he wants her in his bed, has her feeling confused and vulnerable. 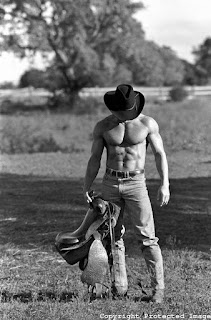 Will Jaxon convince her to stay married, or will Aislinn pick up the pieces of her life and move on?

This is an emotional story, tender and poignant, but also very romantic. The Bravo’s rise to the occasion, which was one of the most awesome parts of this story and Jaxon turned out to be breathtakingly sexy, sweet and thoughtful.


The story also has some lighter moments, and I even enjoyed watching Burt, the curmudgeonly ranch hand, meet his match in Aislinn.

While Jaxon has been thrown a huge curve ball it is nothing compared to losing one's entire identity. So, in my eyes, Aislinn had a lot more to deal with emotionally, which was evident in the panic attacks she suffered at night. However, Jaxon was an Oak! Solid, patient and supportive when many men would have given up.

I will confess to getting choked up a couple of times while reading this one.

Jaxon made a big heartfelt speech to Aislinn, the added information about Martin, and of course the unconditional love of the Bravo family is heartwarming and sincere, proving that family is still family, even if they aren’t blood related. So, maybe you’ll want to keep some tissues close by, just in case.

Christine Rimmer touches all the right buttons with this one. It’s a deep, reflective story, with an amazing romance, topped off with a sweet and touching HEA!! 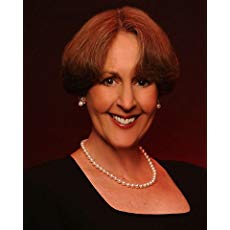 A New York Times and USA-Today bestselling author, Christine Rimmer has written more than 100 contemporary romances for Harlequin Books. A reader favorite, Christine has won Romantic Times BOOKreview's Reviewer's Choice Award for best Silhouette Special Edition. She has been nominated seven times for the Romance Writers of America's prestigious RITA award and five times for Romantic Times Series Storyteller of the Year. Christine lives in Oregon with her family.
Posted by gpangel at 2:00 AM