The Fifth to Die by J.D. Barker- Feature and Review 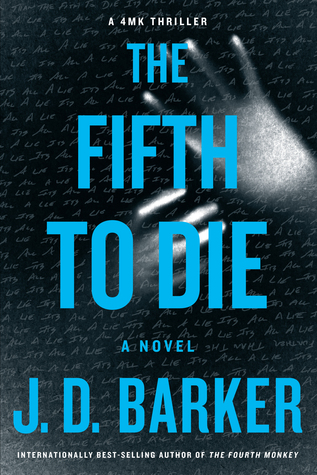 In the thrilling sequel to The Fourth Monkey, a new serial killer stalks the streets of Chicago, while Detective Porter delves deeper into the dark past of the Four Monkey Killer.
Detective Porter and the team have been pulled from the hunt for Anson Bishop, the Four Monkey Killer, by the feds. When the body of a young girl is found beneath the frozen waters of Jackson Park Lagoon, she is quickly identified as Ella Reynolds, missing three weeks. But how did she get there? The lagoon froze months earlier. More baffling? She’s found wearing the clothes of another girl, missing less than two days. While the detectives of Chicago Metro try to make sense of the quickly developing case, Porter secretly continues his pursuit of 4MK, knowing the best way to find Bishop is to track down his mother. When the captain finds out about Porter’s activities, he’s suspended, leaving his partners Clair and Nash to continue the search for the new killer alone.
Obsessed with catching Bishop, Porter follows a single grainy photograph from Chicago to the streets of New Orleans and stumbles into a world darker than he could have possibly imagined, where he quickly realizes that the only place more frightening than the mind of a serial killer is the mind of the mother from which he came.

The Fifth to Die by J.D. Barker is a 2018 Houghton Mifflin Harcourt publication.

“You can’t play God without being acquainted with the devil.”

This highly anticipated follow up to “The Fourth Monkey” smoothly segues into a new thread, with a new serial killer to conquer, immediately capturing my attention. Porter and Nash are no longer working the 4MK case, but this new series of murders will keep them plenty occupied and more than a little perplexed.


However, Porter can’t turn loose of the Anson Bishop case, (I mean, did you really expect him to?), and is actively attempting to find Bishop’s mother- the woman who may be the key to finding the 4MK killer.


Sometimes the only clear difference between an inmate and a guard is the side of the bars they happen to be standing on that particular day.

His unauthorized investigation earns him a suspension, leaving Clair and Nash on their own.


“You only have to stay ahead of the demons. An inch outside their grasp will do,” Poole said under his breath.

Barker truly does seem to have a special knack for creating intense, ‘off the charts’ suspense. Even veteran thriller aficionados like myself would be lying if they said this book didn’t send a shiver down their spines on at least one occasion.

Now that we’ve established the main characters, this second installment gives them room to settle more comfortably into their roles a bit. Porter is the obsessed, driven cop, going rogue to catch a notorious serial killer. Clair and Nash make a pretty good team in their own right- along with Kloz, who adds some tech stuff into the mix, and are great characters, plus, Nash is beginning to worm his way into my good graces, a little more than before.

This story has a little more polish and shine, which is to be expected, but it does lose some of its grit and super dark atmosphere as a result. However, the plot is more elaborate and complex, with a stronger psychological pull, relying less on the ghoulish theatrics. That’s not a criticism, really. I’d like to think of it as being progressive. It is a story one should consume slowly and carefully, as the story line is very busy- lots to absorb and digest!

Overall, this is another white knuckled, ‘don’t read it alone at night’ thriller. I do hope the next installment comes very, very soon- which reminds me- please read these books in order and expect a frustrating cliffhanger. However, I’m betting the next book will be well worth the wait! 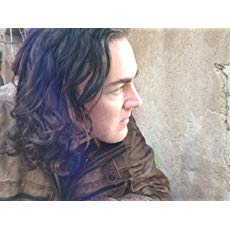 J.D. Barker is the internationally best-selling author of FORSAKEN, a finalist for the Bram Stoker Award for Superior Achievement in a First Novel, and winner of the New Apple Medalist Award. His work has been compared to Stephen King, Dean Koontz, and Thomas Harris. His latest novel, THE FOURTH MONKEY, released in June 2017. His third novel, THE FIFTH TO DIE, releases July 2018. He has been asked by the Stoker family to coauthor the forthcoming prequel to DRACULA due out in October 2018. His novels have been translated into numerous languages and optioned for both film and television. Barker currently resides in Pennsylvania with his wife, Dayna, and their daughter, Ember.