Sleeping Through War by Jackie Carreira - Feature and Review 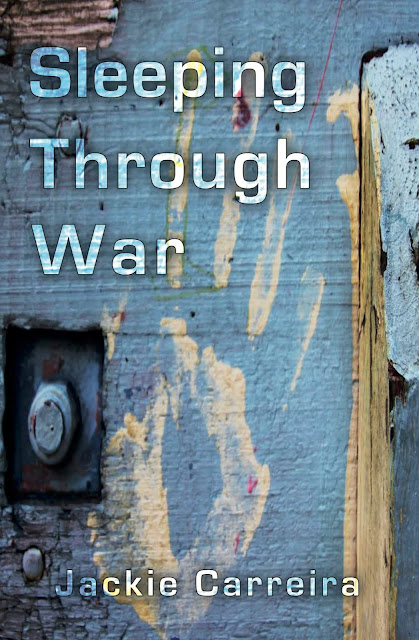 
It is May 1968. Students are rioting, civil rights are being fought and died for, nuclear bombs are being tested, and war is raging in Vietnam. For three ordinary women in Lisbon, London and Washington life must go on as usual. For them, just to survive is an act of courage. How much has really changed in 50 years?
MY REVIEW:

Sleeping Through War by Jackie Carreira
My rating: 5 of 5 stars

Sleeping Through the War by Jackie Carreira is a 2018 Troubador publication.

When looking back on the 1960s, the entire decade is often described as ‘turbulent’. This is true. But, instead of the decade going out with a whimper, it seemed to gain a dark kind of momentum in 1968-69, ending on an unrivaled note of violence and unrest.

I was a very young child in the late sixties, unable to completely grasp the gravity of everything going on. But, I’ve always been fascinated by the decade, which spawned so many changes in our country, in such a short span of time.

Still, as an American, I often think of the things going on here, and only recently started to consider what was going on in other countries. This novel touches on this, but also on the effect the war and unrest had on regular people who were trying to cope with their sons and husbands fighting on the front lines, those left behind, or those just trying to get by, to face the challenges of work, survival, and the struggle to remain mentally balanced under such dire circumstances. But, also highlights the sacrifices made which are rarely, if ever, remarked upon. Stories, like these, that never made it into the public consciousness.

The novel centers around three women, all from very different walks of life. This poignant piece of literary fiction also has a basis in fact and hits the reader where it hurts. The prose is vivid and candid, which kept me transfixed to the pages.

I think Amalia’s story resonated with me the most, and once you read about the tragic turns her life has taken and the choices she has been forced to make as a result, you will understand why. But, perhaps, it is also because I was mostly ignorant of the situation in Lisbon.

Rose is from West India but lives in London. She works as a nurse, where she endures backlash, but she manages, to keep her humanity, selflessly helping those around her with compassion.

Last, but not least, is Mrs. Johnson, a woman corresponding with her son, who is serving in Vietnam, through letters, which are ominously unanswered. Her burden of grief and uncertainty is born alone, as those around her lack understanding and are oblivious to her loneliness.

Parenthood, real everyday struggles amid a turbulent background, sacrifice, and hard choices are the themes explored in this stark and melancholy novel. It is thought provoking and eye-opening and I am deeply impressed with the author’s efforts to bring these women to life, to give them a voice, and in so doing paying tribute the real women the author encountered in her youth.

While the book is often bleak and heart wrenching, it is a long overdue homage, which is, I think, necessary and important. The impact these women had on me was profound, and I will keep them in my heart and think of them often. 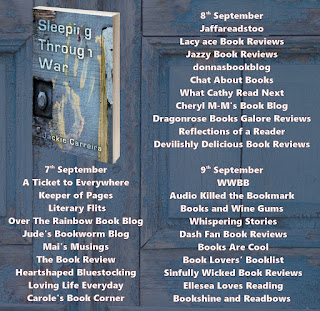 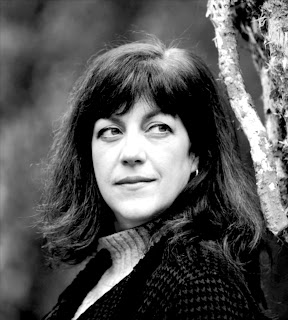 Jackie Carreira is a writer, musician, designer, co-founder of QuirkHouse Theatre Company, and award-winning playwright. She mostly grew up and went to school in Hackney, East London, but spent part of her early childhood with grandparents in Lisbon's Old Quarter. Her colourful early life has greatly influenced this novel. Jackie now lives in leafy Suffolk with her actor husband, AJ Deane, two cats and too many books.
Social Media Links –  FACEBOOK: @SleepingThroughWar