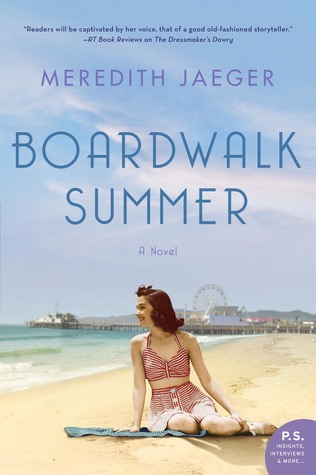 What happened on that long-ago summer? In this riveting novel from the author of The Dressmaker’s Dowry, an aspiring Hollywood actress makes a shocking choice in 1940, and seventy years later, a young mother sets out to discover what happened …

Summer, 1940: When Violet Harcourt is crowned Miss Bathing Beauty in her hometown of Santa Cruz, she’s determined to see herself on the silver screen. But Violet’s pageant victory comes with a price—cracks appear in her seemingly perfect marriage…and she quickly discovers Hollywood is not the glittering escape she dreamed of. So she makes a shocking choice, leaving her name in headlines and creating a mystery surrounding her fate.

Summer, 2007: Single mother Marisol Cruz lives in a charming seaside cottage that belonged to her grandfather, Ricardo, once a famed performer on the Beach Boardwalk. Drawn to the local history of her town, Mari discovers her grandfather’s connection to a beauty queen who died too young. She embarks on a journey that uncovers his lifelong secret—Ricardo’s connection to Violet…a story of tragedy and courage that will forever transform her.

Boardwalk Summer by Meredith Jaeger
My rating: 4 of 5 stars

Not your usual beach read-

Violet Harcourt, although married, enters a beauty contest at the urging of her friend. She never expected to win, but when she does, she's worried what her husband's reaction will be. But, despite her husband’s negativity and possessiveness, Violet is still holding on to her Hollywood dreams.

But, just when she catches a break, she abruptly leaves Hollywood behind stepping into a kind of mythology, with a murky mystery surrounding her, as she fades into obscurity. Until…

Single mother Marisol Cruz discovers her grandfather, a performer on the Beach Boardwalk, was somehow connected to Violet Harcourt, the former beauty queen.

As she begins to investigate the history of her town, the mystery of what happened to Violet Harcourt only deepens. With the help of Jason, a new guy in town, Marisol works to keep a historic and very sentimental part of her town, and personal heritage, from being demolished, all while learning more about her grandfather and Violet. Her digging around into the past will lead to a revelation – or two- that will leave everyone involved in deep shock.

I always have a tendency to overload myself with 'holiday' or 'seasonal' books, and this summer was no exception. So, it's after Labor Day and I'm still scrambling to get my 'beach reads' finished before fall sets in. Just like with Halloween or Christmas themed novels, I won't be able to squeeze them all in, but I am glad I chose this one as one of  my last summertime selections.

However, don’t let the cover of this book fool you, or the rather benign blurb/synopsis- unless you are really good at reading between the lines.

I was taken aback by the dark storyline this book presented and had to make a mental adjustment after going into it with an entirely different frame of mind.

But, despite some very uncomfortable passages, once I settled into the book, I became absorbed in Violet’s seedy introductions to Hollywood- the dark side, she wasn’t prepared for, and the trap she found herself in.

As I have often mused, it is usually the historical part of a dual timeline I find the most appealing. That mostly holds true here, too, but the ‘present day’ thread is just as interesting, with plenty of emotion and intrigue. Certain areas of the plot became a little predictable, but it didn’t affect my enjoyment of the book. I loved, loved, loved the way the plot wound around to blend the two storylines together in such a sweet and wonderful way.

I had expected a book with a much lighter tone, but at the end of the day, despite the darker tone, I am glad this book surprised me by its depth.

When all was said and done, this was a terrific story, with a very special ending. 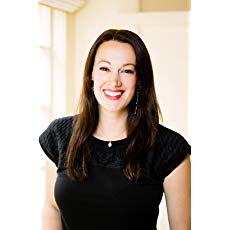 Meredith Jaeger is the USA Today Bestselling Author of The Dressmaker's Dowry and Boardwalk Summer. The Dressmaker's Dowry has been labeled "a satisfying exploration of the timeless nature of love and resilience" in a Booklist starred review. New York Times bestselling author Kristina McMorris has praised it as, "A compelling debut novel that sent me racing to its final, revealing pages." The Dressmaker's Dowry has been published in English and translated into German and Polish. Boardwalk Summer will release June 19, 2018. It has been called, "By turns a gripping mystery, a richly-detailed exploration of history and family, and a beautiful love story" by author Jillian Cantor. New York Times bestselling author Lori Nelson Spielman praises it as, "Punctuated with glamorous Hollywood details and a truly satisfying ending."Meredith was born and raised in Berkeley, California and holds a BA in modern literature from the University of California, Santa Cruz. She lives outside San Francisco with her husband, their daughter (a rambunctious toddler) and bulldog.