A Noise Downstairs by Linwood Barclay- Feature and Review 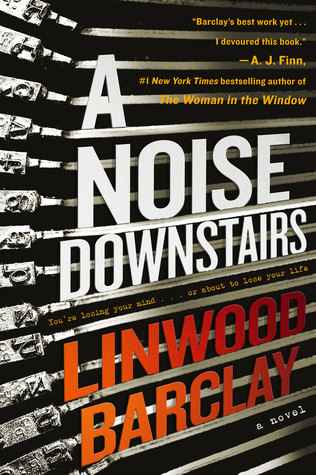 The New York Times bestselling author of No Time for Goodbye returns with a haunting psychological thriller that blends the twists and turns of Gillian Flynn with the driving suspense of Harlan Coben, in which a man is troubled by odd sounds for which there is no rational explanation.
College professor Paul Davis is a normal guy with a normal life. Until, driving along a deserted road late one night, he surprises a murderer disposing of a couple of bodies. That’s when Paul’s "normal" existence is turned upside down. After nearly losing his own life in that encounter, he finds himself battling PTSD, depression, and severe problems at work. His wife, Charlotte, desperate to cheer him up, brings home a vintage typewriter—complete with ink ribbons and heavy round keys—to encourage him to get started on that novel he’s always intended to write.
However, the typewriter itself is a problem. Paul swears it’s possessed and types by itself at night. But only Paul can hear the noise coming from downstairs; Charlotte doesn’t hear a thing. And she worries he’s going off the rails.
Paul believes the typewriter is somehow connected to the murderer he discovered nearly a year ago. The killer had made his victims type apologies to him before ending their lives. Has another sick twist of fate entwined his life with the killer—could this be the same machine? Increasingly tormented but determined to discover the truth and confront his nightmare, Paul begins investigating the deaths himself.
But that may not be the best thing to do. Maybe Paul should just take the typewriter back to where his wife found it. Maybe he should stop asking questions and simply walk away while he can. . . .

A Noise Downstairs by Linwood Barclay
My rating: 4 of 5 stars

A Noise Downstairs by Linwood Barclay is a 2018 William Morrow Publication.

Paul Davis nearly loses his life when he inadvertently discovers a colleague looking for a place to dump the bodies of the two women he just murdered.

Although Paul survived physically, mentally he is still struggling. He decides the best therapy might be to face his demons head on, and maybe even write a book about his ordeal. His therapist even gives him the green light to pursue this avenue. Desperately trying to focus, Paul is frustrated by his continual memory loss, something his wife, Charlotte, is very concerned about.

In order to cheer him, Charlotte buys Paul an Underwood typewriter- the old fashioned kind- with ribbons and a carriage return. But, right away, the typewriter begins to disrupt Paul's life even further. He hears someone typing on it in the dead of night- although Charlotte hears nothing.

As Paul becomes increasingly hysterical, convinced this typewriter is haunted in some way, his wife becomes more and more worried for his well-being. But, Paul is determined to investigate the murders, hoping to find answers that will help him find closure.

However, Paul's digging around in the past, visiting with the victim's families, and coming face to face with the man who nearly killed him, might not be as healthy as Paul anticipated.

I hate to make this confession- but, I have not read a novel by Linwood Barclay in ages. In fact, the last time I connected with this author was way back in that weird 'before Goodreads' limbo. I do recall that I enjoyed his novels, though, and have been meaning to touch base with him again for a long time. As it turns out, this most recent release turned out to be the perfect book in which to become reacquainted with LB.

I loved this title, which sets the tone for the book by conjuring up that hair raising feeling you get when you think you hear a strange noise in your house in the middle of the night. Then Barclay builds on that uneasy mindset without preamble.

This entire book is packed with eerie, spine tingling elements, with a feeling of continuous foreboding, on top of the sinister, creepy atmosphere.

The suspects are many, as are the motives, and the only way to truly know if Paul is descending further into madness is to keep turning those pages, which I did at the speed of light and sound.

Naturally, there was a point where I was just positive I had the puzzle solved, which was a huge let down. I was very disappointed- I mean really upset that yet another veteran author 'phoned in.' But, as it turns out, I wasn't nearly as smart as I thought I was. Maybe I was the one being lazy- Or the very least, guilty of not giving the author a little more credit than that.

This is a fun psychological thriller, very entertaining, with perfectly timed twists, and expert pacing. There are some weak spots, a few highly implausible scenarios and dialogue, but for the most part this story is tightly woven, effective, and very suspenseful.

Overall, this veteran author shows us how psychological thrillers should be done, showing up ninety percent of what passes for a premium PT. 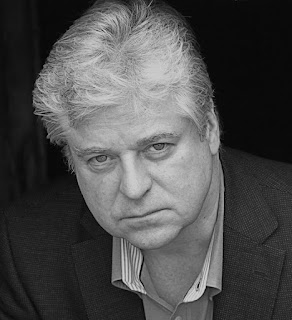 Linwood Barclay is a former columnist for The Toronto Star and the author of several critically acclaimed novels, including Too Close to Home and No Time for Goodbye, a #1 Sunday Times (UK) bestseller. He lives near Toronto with his wife.
Posted by gpangel at 1:00 AM