The Melody by Jim Crace- Feature and Review 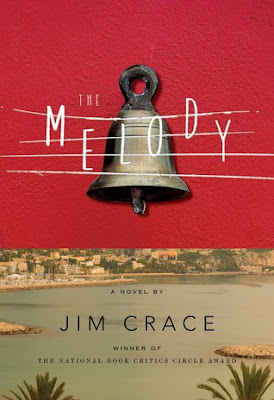 Aside from his trusty piano, Alfred Busi lives alone in his villa overlooking the waves. Famed in his town for his music and songs, he is mourning the recent death of his wife and quietly living out his days, occasionally performing the classics in small venues—never in the stadiums he could fill when in his prime. On the night before receiving his town’s highest honor, Busi is wrested from bed by noises in his courtyard and then stunned by an attacking intruder—his hands and neck are scratched, his face is bitten. Busi can’t say what it was that he encountered, exactly, but he feels his assailant was neither man nor animal.
The attack sets off a chain of events that will cast a shadow on Busi’s career, imperil his home, and alter the fabric of his town. Busi’s own account of what happened is embellished to fan the flames of old rumor—of an ancient race of people living in the surrounding forest—and to spark new controversy: something must finally be done about the town’s poor, the feral vagabonds at its edges, whose numbers have been growing. All the while Busi, weathering a media storm, must come to terms with his wife’s death and decide whether to sing one last time.
In trademark crystalline prose, Jim Crace portrays a man taking stock of his life and looking into an uncertain future, all while bearing witness to a community in the throes of great change—with echoes of today’s most pressing social questions.

The Melody by Jim Crace
My rating: 4 of 5 stars

The Melody by Jim Crace is a 2018 Picador publication.

I honestly do not remember how this book showed up on my radar. In equal honesty, I must admit I have never read anything by this author. I couldn’t help but notice, however, that he has quite a reputation, being shortlisted for the Booker award. However, just because an author wrote an award winning book is no guarantee I’m going to like their work, because, to be honest, the literary world seems to be on an entirely different plane and I often struggle to understand what they saw in a book that was so compelling.

But, the premise of The Melody sounded interesting, so I decided to give it a try. However, once I began to read the book, I realized I may have misunderstood the synopsis, and was slightly confused by what was going on. However, I was interested enough to keep reading.

The subject matter here is a little depressing. Our main character, Alfred Busi, is an accomplished musician and pianist. He is going through the twilight of his career, and finds himself struggling with widowhood, and the distressing signs and symptoms of aging. However, Alfred is still getting by on his own, until one evening a loud noise awakens him. When he steps out to investigate, he is attacked by a creature, bitten to be specific. He’s not even sure what bit him- believing it might have been a boy- so hungry and feral he attacked in self-preservation.

Unfortunately, Alfred has to deliver a speech and must go out in public with visible wounds, which catches the interest of a journalist, which sets off a series of events, that upends Alfred quiet life.

The story is relayed to us by an ‘unknown’ narrator, which is very effective, especially if it is done right. This is story of humanity- the reprehensible, those people who don’t want to even acknowledge the poor or homeless, wishing to sweep them under the rug, unseen, and then there are good people- supportive friends who gently and steadfastly wrap themselves around Alfred as he grapples with his life now, without his wife, and the inevitable changes he is helpless to prevent, while refusing to forget those who have been chased away from a selfish, heartless society.

This is not the type of book I normally gravitate towards, but I think the story is very unique and thought provoking. Now that I have been introduced to Jim Crace I just might keep my literary cap on and take a closer look at his other work. 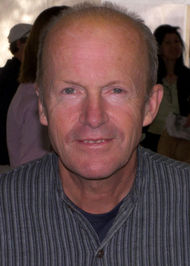 Crace grew up in Forty Hill, an area at the far northern point of Greater London, close to Enfield where Crace attended Enfield Grammar School. He studied for a degree at the Birmingham College of Commerce (now part of Birmingham City University), where he was enrolled as an external student of the University of London. After securing a BA (Hons) in English Literature in 1968, he travelled overseas with the UK organization Voluntary Services Overseas (VSO), working in Sudan. Two years later he returned to the UK, and worked with the BBC, writing educational programmes. From 1976 to 1987 he worked as a freelance journalist for The Daily Telegraph and other newspapers.

In 1986 Crace published Continent. Continent won the Whitbread First Novel of the Year Award, the David Higham Prize for Fiction and the Guardian Fiction Prize. This work was followed by The Gift of Stones, Arcadia, Signals of Distress, Quarantine, Being Dead and Six. His most recent novel, The Pesthouse, was published in the UK in March 2007.

Despite living in Britain, Crace is more successful in the United States, as evidenced by the award of the National Book Critics Circle Award in 1999.