Other People's Houses- by Abbi Waxman- Feature and Review 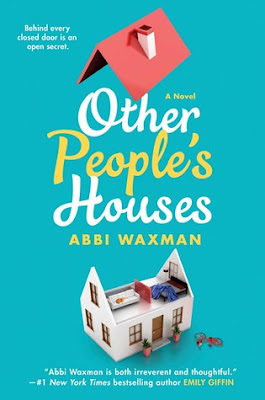 At any given moment in other people's houses, you can find...repressed hopes and dreams...moments of unexpected joy...someone making love on the floor to a man who is most definitely not her husband...

As the longtime local carpool mom, Frances Bloom is sometimes an unwilling witness to her neighbors' private lives. She knows her cousin is hiding her desire for another baby from her spouse, Bill Horton's wife is mysteriously missing, and now this...

After the shock of seeing Anne Porter in all her extramarital glory, Frances vows to stay in her own lane. But that's a notion easier said than done when Anne's husband throws her out a couple of days later. The repercussions of the affair reverberate through the four carpool families--and Frances finds herself navigating a moral minefield that could make or break a marriage.

Other People's Houses by Abbi Waxman
My rating: 4 of 5 stars

Other People’s Houses by Abbi Waxman is a 2018 Berkley publication.

Frances is “that” mom- the one who helps everyone, runs the carpool, is overrun with motherly instincts, but who also earns herself the slightly sarcastic nick name of 'Saint Frances'.

But, when she inadvertently catches her neighbor, Anne Porter, in a compromising position, she is forced to contend with the fall out as she finds herself inexplicably involved. But, Anne’s affair also prompts her to take a closer look at the state of her own life and marriage, which might be in a bit of a rut.

Enter in an eclectic cast of characters, all facing a moment of crisis and you have a poignant, but rip roaring, laugh out loud funny “Married with kids” expose.

This book will make you wonder just what, exactly, your neighbors may be getting up to- and will convince you that you’d probably rather not know.

Anytime a couple you thought of as stable, suddenly breaks up, it can have an unnerving effect on you. This is the case here, to some extent, as well. Both Frances and her husband are shaken up by Anne’s affair, worried about their own relationship, as their lives evolve around their kids and the community more than one another- yet, up until now, they seem to be pretty content and comfortable in the marriage, even though the spark has died out.

However, as their neighbor’s marriage crumbles, literally right before their very eyes, they voice deeper concerns, admitting there are definitely some worrisome issues in the marriage. I felt a little uneasy, and worried about this couple, pulling for them, but not one hundred percent sure things will ever change for them.

But, Frances also has her hands full with her fourteen- year- old daughter, Ava, who is a walking, talking bundle of hormones, pushing Frances as far as she can, which is nearly a pitch perfect portrayal of the angsty, tumultuous, and stress ridden time for both mother and daughter. I loved this part of the story the most, I think.

But, there are others in the neighborhood, and part of France’s carpool, who are going through uncertain times.
Some characters are sympathetic, and others were harder to warm up to. But, all of them are a little recognizable in some way or another, making this neighborhood, community, and all its inhabitants feel like people you can relate to, or empathize with to varying degrees, understanding the various stages in life they are at, and the crisis points they are facing.

Somehow, Abbi Waxman manages to nail the realities of married life once you have kids, jobs, and a thousand responsibilities, and how easy it is to get bored, to take those closest to us for granted, to make enormous and regretful mistakes, and just how easy it is to fall into a complacent routine.

Her observations are so spot on it’s a little uncomfortable at times, but she still manages to find humor in life’s difficulties and stresses and absurdities. Just like in real life, there are ups, downs, pitfalls, mistakes, and regrets. Some will work hard to get back what they lost, others will work to keep from losing what they have, others will decide to accept their fate, but at the end of the day, there is still love, family, forgiveness, and friendships, and a sense of community that can be every bit as important and just as comforting.

This is in many ways, an adult wake-up call, a cautionary tale- but it’s also a delightfully funny, and all too realistic look at life, marriage and family that will resonate with anyone and everyone. 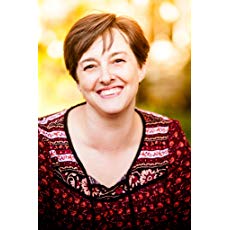 Abbi Waxman is a chocolate-loving, dog-loving woman, who lives in Los Angeles and lies down as much as possible. She worked in advertising for many years, which is how she learned to write fiction. She has three daughters, three dogs, three cats, and one very patient husband.
Posted by gpangel at 1:00 AM