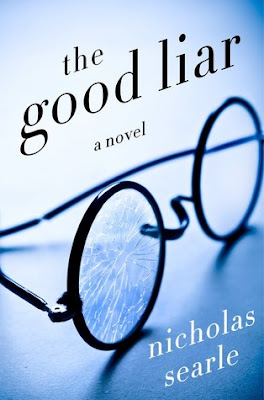 This is a life told back to front. This is a man who has lied all his life.
Roy is a conman living in a small English town, about to pull off his final con. He is going to meet and woo a beautiful woman and slip away with her life savings. But who is the man behind the con? What has he had to do to survive a life of lies? And who has had to pay the price?
When Roy meets a wealthy widow online, he can hardly believe his luck. Just like Patricia Highsmith’s Tom Ripley, Roy is a man who lives to deceive—and everything about Betty suggests she’s an easy mark. He’s confident that his scheme to swindle her will be a success. After all, he’s done this before.
Sure enough, Betty soon lets Roy move into her beautiful home, seemingly blind to the web of lies he’s woven around her. But who is Roy, really? Spanning almost a century, this stunning and suspenseful feat of storytelling interweaves the present with the past. As the clock turns back and the years fall away, long-hidden secrets are forced into the light. Some things can never be forgotten. Or forgiven.

The Good Liar by Nicholas Searle
My rating: 4 of 5 stars

The Good Liar by Nicholas Searle is a 2016 Harper publication. I was provided a copy of this book by the publisher and Netgalley in exchange for an honest review.

I’m still at a loss for words here in regards to this book. Categorized as a mystery thriller, I was ready to dive into a what seemed like a good, complex, and smart novel. All of those elements are here, but I must warn anyone interested in this title, that this book is nothing like the typical suspense thriller. If you are looking for a run of the mill whodunit, or even the usual murder mystery with a psychological thriller element, you will not find that here.

It started off with what is obviously a swindle type set up by an aging con, who calls himself, Roy, looking for enough cash to see him through his final years comfortably.

His target: Betty, a financially comfortable widow he meets online, hoping to rob her of her life savings. The only trouble he foresees is her grandson, who keeps a close eye on her, making his plan a bit risky. But, once he has ensconced himself in Betty’s home, the game moves along quite smoothly for old Roy and so the author gives us a bit of Roy’s history to keep us entertained while Roy sets his plans to rob Betty in motion.


I must admit, I really, really, really struggled with this book all the way up to about the sixty percent mark. Roy’s incredible past, which is repugnant to say the very least, alternates alongside the present day swindles he is cooking up for poor Betty. I knew there had to be a reason for this trip back through history, but it just wasn’t adding up for me. To say this novel is understated is, well, an understatement.

However, once the fog began to thin out, the story flowed much easier and moved along at a slightly faster pace, and as a result it held my attention. Still, the author doesn’t get in any hurry about explaining things or locking in the final pieces to the puzzle. Typically, this ploy works very well when ratcheting up the suspense level, but frankly, that gimmick fizzles here because by the time I got to the really good part, I was already more than a little exasperated at the pacing, so I was tired of playing coy and wanted him to just spit it out, in order to finally be done with it.

The plot is a very clever plot, written in such a way that the reader doesn’t guess at the outcome early on, and looking back on it now, I see the genius in writing it this way.

So, now that all is said and done,I understand the slower pacing now, and despite having to wade through murky water, the wait was worthwhile.

I can’t lay out the plot, or go into the characterizations in detail because to do so would give too much away. I wasn’t sure what to think about the choices made by some of the characters, but in the end I was pleased with the result.

If you decide to give this book a try, exercise patience, and stick with it all the way to the end, and don’t give up on it. This is certainly a well thought out novel, and one that had me thinking over the details long after I had turned the final page. In hindsight, I have respect for the layout, am impressed with the details, and maybe, someday, I'll re-read this one with the benefit of hindsight. 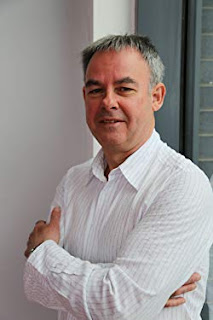 Nicholas Searle grew up in Cornwall and studied languages at the universities of Bath and Göttingen. After teaching for four years he moved to London to join the Civil Service. He had a hugely enjoyable twenty-three years in a variety of jobs dealing with security matters before going to work in a similar capacity for the New Zealand government in Wellington. In 2011 he returned to the UK, left the Civil Service and began writing in earnest. Nicholas and his wife live in Yorkshire.
Posted by gpangel at 1:00 AM