Why Kill the Innocent by C. S. Harris- Feature and Review 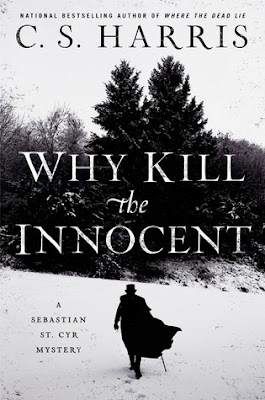 In the newest mystery from the national bestselling author of Where the Dead Lie, a brutal murder draws Sebastian St. Cyr into the web of the royal court, where intrigue abounds and betrayal awaits.
London, 1814. As a cruel winter holds the city in its icy grip, the bloody body of a beautiful young musician is found half-buried in a snowdrift. Jane Ambrose's ties to Princess Charlotte, the only child of the Prince Regent and heir presumptive to the throne, panic the palace, which moves quickly to shut down any investigation into the death of the talented pianist. But Sebastian St. Cyr, Viscount Devlin, and his wife Hero refuse to allow Jane's murderer to escape justice.
Untangling the secrets of Jane's world leads Sebastian into a maze of dangerous treachery where each player has his or her own unsavory agenda and no one can be trusted. As the Thames freezes over and the people of London pour onto the ice for a Frost Fair, Sebastian and Hero find their investigation circling back to the palace and building to a chilling crescendo of deceit and death . . .

Why Kill the Innocent by C.S. Harris
My rating: 5 of 5 stars

Why Kill the Innocent by C.S. Harris is a 2018 Berkley publication.

A sad death, shocking revelations, and a wealth of palace intrigue!

A nasty spate of frigid cold, snow, and ice hold London in its grip. As Hero makes her way through the icy sludge, she literally stumbles across the corpse of Jane Ambrose. It becomes apparent immediately that Jane is not a victim of the nasty weather, but has been killed, then dumped out in the snow. As Sebastian and Hero attempt to uncover the truth about Jane’s death, once again Hero’s father, Jarvis, appears to be at the center of all that is nasty, mean, and cruel….

This is one of my favorite series, of any genre, that I read, because I am never let down or disappointed by it.

This story highlights the vulnerabilities of women in this historical time period, in shocking detail. Poor Jane Ambrose was literally at the mercy of every man she encountered or was involved with.

Not only that, the novel explores the practice of recruiting men to fight in wars they have no emotional or patriotic stake in, which left their wives and children all alone with no way to provide for themselves, which often led to very tragic and heartrending results. These passages are nearly unbearable to read about, but is a terrible historical truth, nonetheless.

Then there is Princess Charlotte and all the palace machinations at play, pitting her between two warring, competing, manipulative parents and all those who would hope to use her, and her proposed engagement, to their own advantage.

Once more, Harris has done a fantastic job of exploring the dark, seedy sides of London, from the perspectives of the very poor to the very powerful, examining the cause and effect of all those caught in their vicious nets. I’m loving the way Sebastian and Hero work together in tandem, the way their relationship continues to solidify, and the excellent points the author always drives home to the reader, while weaving such absorbing and riveting murder mysteries.

GET THE BOOK HERE: 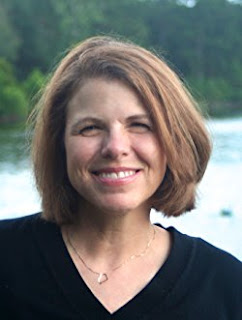