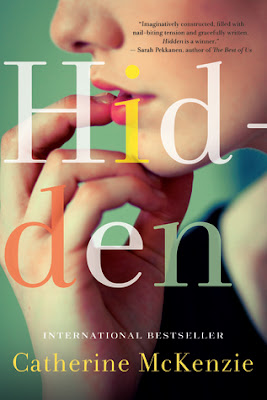 While walking home from work one evening, Jeff Manning is struck by a car and killed. Two women fall to pieces at the news: his wife, Claire, and his co-worker Tish. Reeling from her loss, Claire must comfort her grieving son as well as contend with funeral arrangements, well-meaning family members, and the arrival of Jeff’s estranged brother, who was her ex-boyfriend. Tish volunteers to attend the funeral on her company’s behalf, but only she knows the true risk of inserting herself into the wreckage of Jeff’s life.

Told through the three voices of Jeff, Tish, and Claire, Hiddenexplores the complexity of relationships, the repercussions of our personal choices, and the responsibilities we have to the ones we love.

Hidden by Catherine McKenzie
My rating: 4 of 5 stars

Hidden by Catherine McKenzie is a Lake Union publishing 2014 release.

Claire and Jeff have a pretty good marriage up until Claire has an unplanned pregnancy and a miscarriage which sends her into a tailspin. She makes some pretty drastic changes in her life and her marriage begins to slip away bit by bit. But, things had gotten back on a more equal footing until Jeff is killed in an accident and a young woman he worked with attends his funeral leaving Claire with an uneasy feeling.

The story takes us back to Claire and Jeff's beginning. Claire and Jeff's brother, Tim, had been a hot item until obligations separated them. With Tim out of the picture, Claire and Jeff begin dating, fall in love, marry,and have a son. We hear this part of the story mainly from Jeff's point of view. We are also given Clarie's perspective and Tish's perpective as the story unfolds.

Jeff never quite got past Claire's past relationship with Tim. He always had a deeply rooted suspicion that things were never completely resolved between them. When Claire begins to have trouble emotionally after her miscarriage, It's Tim, not Jeff, who sees that Claire is not doing well.

By the time Jeff wakes up to his wife's issues he is at a loss as to how to make things better.
Then Jeff meets Tish. She is married to a doctor and has a young daughter. She and Jeff are both avid golfers and there is an attraction between them . Both of them know full well they are playing with fire, but they just go right on flirting with disaster.

Tish and Jeff explain their relationship as it evolved, the decisions they made and why they made them.

It is so easy to see how people can find themselves in a vulnerable place in their lives, meet someone that is so alive, fun, and unburdened with your circumstances and before long each person is tempted to escape. Not to sound preachy, but as adults we should know this is a fantasy. The grass is not greener on the other side. Sooner or later, every relationship becomes burdened with reality. This is why they tell you "for better or worse, in sickness and in health "and all the rest of it. It's not all peachy every day. Money problems, job pressures, health, children and so on will take our time and sometimes our very essence. Marriage is hard work even at the best of times.

But, when hardships surface, a marriage can face even more adversity, giving it a true measure of its strength. Toss in Jeff's aloofness, or tone deafness, and Tim's sensitivity towards Claire and old jealousies come to the surface, complicating an already tense situation. But, the real question here is whether or not the old adage of "What you don't know can't hurt you" is really true.

Even after all the information is presented, I couldn't completely sort out my feelings. Part of me is mad, part of me is relieved. Adultery is a touchy subject, very emotional, and certainly raises the tension level. I was turning pages as fast as possible! But, at the end of the day, any story bold enough to wade into the murky waters of infidelity nearly always comes off as a cautionary tale. Read this book and you'll see it is no exception to that rule. Very thought provoking and utterly absorbing.

THIS BOOK IS ALSO AVAILABLE WITH YOU KINDLE UNLIMITED SUBSCRIPTION! 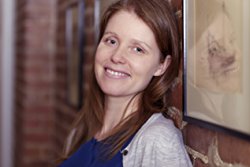 A graduate of McGill University in History and Law, Catherine practices law in Montreal, where she was born and raised. An avid skier and runner, Catherine's has published six bestsellers which have been translated into numerous languages. HIDDEN was a #1 Amazon bestseller and a Digital Bookworld bestseller for five weeks. SMOKE was named a Best Book of October by Goodreads, one of the Top 100 Books of 2015 by Amazon, and was a #1 Amazon bestseller. FRACTURED was also named a Best Book of October by Goodreads in 2016. Catherine published her first novel writing as Julie Apple, THE MURDER GAME, in 2016, and had a short story included in MONTREAL NOIR in 2017. Her seventh novel (or eighth depending how you're counting), THE GOOD LIAR, will be published on April 3, 2018.Visit her online at www.catherinemckenzie.com, on Facebook at http://www.facebook.com/catherinemckenzieauthor, and on Twitter and Instagram at @cemckenzie1.
Posted by gpangel at 1:00 AM