The Secret Keeper by Kate Morton- Feature and Review 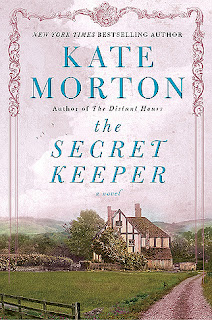 During a summer party at the family farm in the English countryside, sixteen-year-old Laurel Nicolson has escaped to her childhood tree house and is happily dreaming of the future. She spies a stranger coming up the long road to the farm and watches as her mother speaks to him. Before the afternoon is over, Laurel will witness a shocking crime. A crime that challenges everything she knows about her family and especially her mother, Dorothy—her vivacious, loving, nearly perfect mother.
Now, fifty years later, Laurel is a successful and well-regarded actress living in London. The family is gathering at Greenacres farm for Dorothy’s ninetieth birthday. Realizing that this may be her last chance, Laurel searches for answers to the questions that still haunt her from that long-ago day, answers that can only be found in Dorothy’s past.
Dorothy’s story takes the reader from pre–WWII England through the blitz, to the ’60s and beyond. It is the secret history of three strangers from vastly different worlds—Dorothy, Vivien, and Jimmy—who meet by chance in wartime London and whose lives are forever entwined. The Secret Keeper explores longings and dreams and the unexpected consequences they sometimes bring. It is an unforgettable story of lovers and friends, deception and passion that is told—in Morton’s signature style—against a backdrop of events that changed the world.

The Secret Keeper by Kate Morton
My rating: 5 of 5 stars

The Secret Keeper by Kate Morton is a 2012 Atria publication.

When Laurel Nicolson was sixteen years old, she witnessed her mother, Dorothy, stab a man to death. The man was a stranger, but he seemed to know her mother and she seemed to recognize him, too. The matter was ruled self-defense and no charges were filed.

Now, decades later, after enjoying much success as an actress, Laurel returns home to celebrate her mother’s ninetieth birthday. With her mother’s descent into dementia becoming more prominent, Laurel knows that if she is ever to discover the truth about what happened that fateful day, all those years ago- if she ever was to experience closure and peace about an incident that has haunted her for fifty years, she had to act now, before it was too late.

As Laurel begins her investigation, she is taken on a journey that spanned from pre- world war two England, through the 1960’s. Laurel will learn things about her mother’s past, she never could have imagined, as puzzling personality traits clash with the woman Laurel thought she knew. Bit by bit the pieces of a complex puzzle begin to fit into place, as stunning secrets come to light that will leave the reader stunned, bemused, and even delighted.

This book has been on my radar for years, however, it kept slipping down the TBR pile. But, in all honesty, I think I let it sit and gather dust for a time because Kate Morton is not prolific, or an author given to mass production. Her books are always very special, so I like the idea of having one of her novels around that I haven’t read yet, saving it for a rainy day, if you will. After it was recently announced that Morton had a new book coming out soon, in celebration, I decided to treat myself. Naturally, it was worth the wait- but I’m glad I finally gave in and succumbed to Morton’s mesmerizing prose, as she weaves this spellbinding, and riveting tale, of history, love, friendship, and family.

Secrets are my favorite. I love stories with lots of secrets. The reasons why the characters kept the secrets, why people want or need to know them, and what impact those secrets will have on the characters once they are exposed is always fascinating to me.

In this instance, family secrets are at the center of the story, and boy are they juicy. What an incredible story!!

Dorothy’s parents are killed in the blitz, and she takes a job as the caretaker of a very wealthy woman who hints to Dorothy that she might be remembered in her will. Meanwhile, Dorothy becomes engaged to Jimmy, a talented photographer, and befriends a neighbor named Vivien. But, all of Dorothy’s plans cave inward when she believes Vivien has betrayed her, which prompts her to obsessively seek revenge on her. But, as is often the case, her carefully crafted, but mean-spirited, plan backfires horrifically. From that moment on, Dorothy begins to harbor a host of incredible secrets that someday her daughter, Laurel, will discover. Secrets that will shift the axis of Laurel’s universe, and mine too, just a little bit.

As always, Morton’s storytelling is brilliant. The historical sections of the story are absolutely riveting and so absorbing I felt like I was actually there watching events unfold in real time. The characters are very well drawn, and I have to confess I have a big soft spot for Jimmy. I never imagined the story would take so many unexpected turns, that the characters would make the choices they did, or why they would make them. All I can say is I couldn’t have asked for more! I loved every single second of this journey. The only downside was that the ending came entirely too soon. 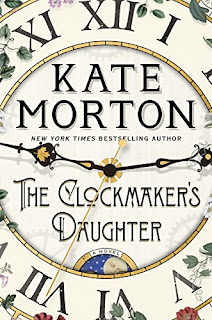 A rich, spellbinding new novel from the author of The Lake House--the story of a love affair and a mysterious murder that cast their shadows across generations, set in England from the 1860s until the present day.My real name, no one remembers.
The truth about that summer, no one else knows.In the summer of 1862, a group of young artists led by the passionate and talented Edward Radcliffe descends upon Birchwood Manor on the banks of the Upper Thames. Their plan: to spend a secluded summer month in a haze of inspiration and creativity. But by the time their stay is over, one woman has been shot dead while another has disappeared; a priceless heirloom is missing; and Edward Radcliffe's life is in ruins.Over one hundred and fifty years later, Elodie Winslow, a young archivist in London, uncovers a leather satchel containing two seemingly unrelated items: a sepia photograph of an arresting-looking woman in Victorian clothing, and an artist's sketchbook containing the drawing of a twin-gabled house on the bend of a river.Why does Birchwood Manor feel so familiar to Elodie? And who is the beautiful woman in the photograph? Will she ever give up her secrets?Told by multiple voices across time, The Clockmaker's Daughter is a story of murder, mystery, and thievery, of art, love and loss. And flowing through its pages like a river, is the voice of a woman who stands outside time, whose name has been forgotten by history, but who has watched it all unfold: Birdie Bell, the clockmaker's daughter. 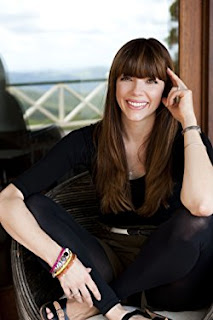 KATE MORTON is an award-winning, New York Times bestselling author. Her novels - The House at Riverton (The Shifting Fog), The Forgotten Garden, The Distant Hours, The Secret Keeper and The Lake House - are published in over 40 countries, in 34 languages, and have all been number one bestsellers around the world. Kate's new book, The Clockmaker's Daughter, will be published in September/October 2018.Kate Morton was born in South Australia, grew up in the mountains of southeast Queensland and now lives with her family in London and Australia. She has degrees in dramatic art and English literature, and harboured dreams of joining the Royal Shakespeare Company until she realised that it was words she loved more than performing. Kate still feels a pang of longing each time she goes to the theatre and the house lights dim. "I fell deeply in love with books as a child and believe that reading is freedom; that to read is to live a thousand lives in one; that fiction is a magical conversation between two people - you and me - in which our minds meet across time and space. I love books that conjure a world around me, bringing their characters and settings to life, so that the real world disappears and all that matters, from beginning to end, is turning one more page."www.katemorton.comwww.facebook.com/KateMortonAuthorhttps://instagram.com/katemortonauthor
Posted by gpangel at 1:00 AM