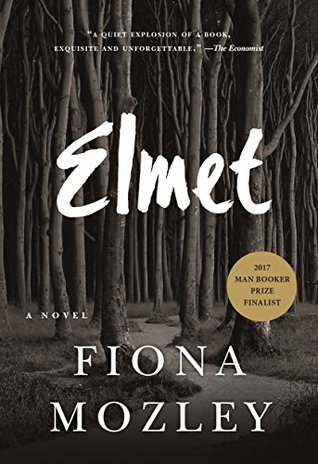 "Mozley is the breakout star of this year's Man Booker Prize longlist. And with good reason: Elmet, with its rugged landscape, violence and high emotion, recalls Wuthering Heightswritten with a wholly new voice.This debut is the start of something big." —Stylist
In this atmospheric and profoundly moving debut, Cathy and Daniel live with their father, John, in the remote woods of Yorkshire, in a house the three of them built themselves. John is a gentle brute of a man, a former enforcer who fights for money when he has to, but who otherwise just wants to be left alone to raise his children. When a local landowner shows up on their doorstep, their precarious existence is threatened, and a series of actions is set in motion that can only end in violence. Steeped in the natural world of northern England, this is a lyrical commentary on the bonds of siblings and fatherhood, and on the meaning of community in the modern world. Elmet marks the launch of a major new voice in literary fiction.

Elmet by Fiona Mozley
My rating: 4 of 5 stars

Elmet by Fiona Mozley is a 2017 Algonquin Books publication.


This debut novel, shortlisted for the coveted Booker Prize, is an absorbing, intense novel of suspense, which draws from the mini-trend of highlighting the lives of those living ‘off grid’, hand to mouth, shunning the traditional life embraced by most people.

Cathy and Daniel live with their father, a prize fighter, in the rural woods of Yorkshire. Cathy is practical, smart, and insightful, while Daniel is a sensitive child who enjoys domestic chores, and art over physical activities and has a more optimistic outlook on life, ignoring harsher realities, if he can. He loves his father, accepts his occasional moodiness, and depends on his sister emotionally.

But, as the story opens, the reader knows that something has happened to upset the family dynamic. As the story progresses, we know that whatever happened, it was catastrophic because this family is close, loyal, and definitely a firm unit, despite their unconventional lifestyle.

This story surprised me. I was mainly curious about it because of its award nominations, and because it was a debut novel on top of that, and because the description of it reminded me of several books I read last year that featured alpha male fathers keeping their children out of school, teaching them to survive in the wilderness, and how to hunt and live off the land, but in those books, the sinister quality comes from within the family unit. However, in this case, the alpha father is making the decision to live away from society to protect his children. So, knowing the threat is coming from outside forces, it won’t take long to figure out where the danger lies, which will give anyone a queasy feeling of unease. I was constantly preparing myself for that crescendo, but I never anticipated the hairpin curve the story would take.

The prose is stunning with strong gothic tones which had me constantly reminding myself I was not reading a historical novel and wondering how the author captured that atmosphere within a setting I wouldn’t have associated with it. There are many themes explored with such a stinging reality, stated harshly and emphatically and unapologetically. Gender roles, class distinctions, and the struggle against poverty is brutally forced onto the pages while the vividly drawn characters spiral towards their unstoppable destinies.

Award nominees and winners often leave me feeling bewildered. I don’t understand, sometimes, what caused a book to stand out within the staid world of literary critics. I end up scratching my head, wondering why the book left me feeling so underwhelmed after it received such high honors. But, in this case, the author and her style of writing made quite an impression on me, and for once, I understood why the book garnered such lavish praise.

Again, this is a book that may not appeal to a broad audience. It is not necessarily the most upbeat novel, but while there is a form of retribution, you don’t want to show up expecting everything all tied up in a nice neat little bow or expecting a warm and fuzzy happily ever after. Despite that, this journey is one I am glad I took. I’d go so far as to say it as powerful as it is unsettling and stayed with me long after I turned the final page. I will certainly keep an eye on this amazing writer!! 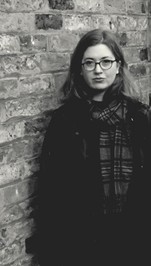 Fiona Mozley grew up in York and went to King's College, Cambridge, after which she lived in Buenos Aires and London. She is studying for a PhD in medieval history. Elmet is her first novel and it has been shortlisted for the Man Booker Prize 2017.