By the Book by Julia Sonneborn- Feature and Review 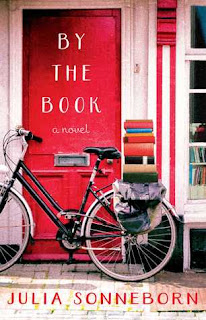 An English professor struggling for tenure discovers that her ex-fiancé has just become the president of her college—and her new boss—in this whip-smart modern retelling of Jane Austen’s classic Persuasion.

Anne Corey is about to get schooled.

An English professor in California, she’s determined to score a position on the coveted tenure track at her college. All she’s got to do is get a book deal, snag a promotion, and boom! She’s in. But then Adam Martinez—her first love and ex-fiancé—shows up as the college’s new president.

Anne should be able to keep herself distracted. After all, she’s got a book to write, an aging father to take care of, and a new romance developing with the college’s insanely hot writer-in-residence. But no matter where she turns, there’s Adam, as smart and sexy as ever. As the school year advances and her long-buried feelings begin to resurface, Anne begins to wonder whether she just might get a second chance at love.

Funny, smart, and full of heart, this modern ode to Jane Austen’s classic explores what happens when we run into the demons of our past...and when they turn out not to be so bad, after all.

By the Book by Julia Sonneborn
My rating: 5 of 5 stars

By the Book by Julia Sonneborn is a 2018 Gallery Books publication.

Anne Corey is trying to make tenure, write a book, and care for her father, with whom she has a tenuous relationship. All this is enough to keep Anne occupied, along with the exploits of her best friend, Larry. But, life throws Anne another unexpected curve ball when she learns her former fiancé, Adam, has been named president of her college!!

Despite the awkwardness of running into Adam from time to time, Anne has thrown herself into a torrid affair with a famous writer who has a sordid past. But, Anne still finds herself keeping up with what is going on in Adam’s life, and can’t stop herself from thinking about him, or wondering what he thinks of her.

In the meantime, hilarity ensues, along with some emotional drama, as Anne faces one challenge after another, while attempting to cover for her friend Larry, who is involved in a scandalous, clandestine affair.

Are Anne and Adam star crossed lovers or is there a possibility they might get a second chance at love?

Re-tellings can be tricky, but the author did an amazing job with modernizing the classic romance novel by Jane Austen.

This book is one of those utterly captivating feel good stories that will cure whatever ails you. The atmosphere is perfect, the dialogue is witty and sharp, and the characterizations are spot on. This book made me laugh, cry, and sigh with romantic satisfaction with what had to be THE best ending to a book I’ve read a in a long, long time.

Although Anne is the star of the show, keep your eye on Larry, because he almost steals her thunder a time or two. But, mainly, it’s Adam, who has a big come from behind win that will knock your socks off!! LOVED IT!!

This! This is what a good romance should be like! 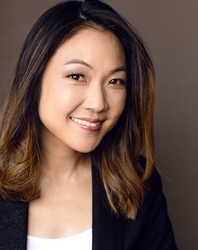 Julia Sonneborn is an English professor and a Los Angeles native. After heading east for college and graduate school, she hightailed it back to California, where she now lives with her husband, two kids, two cats, and a dog. When she’s not reading, writing, or talking about books, she enjoys trying new restaurants, reading online gossip blogs, and throwing dinner parties. She is the author of By the Book.
Posted by gpangel at 1:00 AM