National Book Award winner James McBride goes in search of the “real” James Brown after receiving a tip that promises to uncover the man behind the myth. His surprising journey illuminates not only our understanding of this immensely troubled, misunderstood, and complicated soul genius but the ways in which our cultural heritage has been shaped by Brown’s legacy.
Kill ’Em and Leave is more than a book about James Brown. Brown’s rough-and-tumble life, through McBride’s lens, is an unsettling metaphor for American life: the tension between North and South, black and white, rich and poor. McBride’s travels take him to forgotten corners of Brown’s never-before-revealed history: the country town where Brown’s family and thousands of others were displaced by America’s largest nuclear power bomb-making facility; a South Carolina field where a long-forgotten cousin recounts, in the dead of night, a fuller history of Brown’s sharecropping childhood, which until now has been a mystery. McBride seeks out the American expatriate in England who co-created the James Brown sound, visits the trusted right-hand manager who worked with Brown for forty-one years, and interviews Brown’s most influential nonmusical creation, his “adopted son,” the Reverend Al Sharpton. He describes the stirring visit of Michael Jackson to the Augusta, Georgia, funeral home where the King of Pop sat up all night with the body of his musical godfather, spends hours talking with Brown’s first wife, and lays bare the Dickensian legal contest over James Brown’s estate, a fight that has consumed careers; prevented any money from reaching the poor schoolchildren in Georgia and South Carolina, as instructed in his will; cost Brown’s estate millions in legal fees; and left James Brown’s body to lie for more than eight years in a gilded coffin in his daughter’s yard in South Carolina.

James McBride is one of the most distinctive and electric literary voices in America today, and part of the pleasure of his narrative is being in his presence, coming to understand Brown through McBride’s own insights as a black musician with Southern roots. Kill ’Em and Leave is a song unearthing and celebrating James Brown’s great legacy: the cultural landscape of America today.

Kill 'Em and Leave: Searching for James Brown and the American Soul by James McBride
My rating: 4 of 5 stars

Kill ‘Em and Leave: Searching for James Brown and the American Soul by James McBride is a 2016 Spiegel & Grau publication.


I always liked James Brown. His music, his showmanship, and the way he often found himself stepping in to keep the peace, and his promotion of education.

While I know the same facts about James that anyone else knows, I’ve never read any books or watched any movies based on his life.

So, when this book was recommended to me, I was very eager to learn something more comprehensive about ‘The Godfather of Soul’

Musical biographies often walk on a fine line with too much of one thing, but not enough of another. It depends on the author as to which approach to take and while I was in the mood for a very detailed portrait of James Brown, the author took a different tack, but, after some thought, I realized it was kind of refreshing.

The author didn’t attempt to gloss over, sugarcoat, or make excuses for James’ darker side, revealing the performers crimes, his penchant for being difficult, his mistreatment of women, his numerous marriages, his drug use, and various other ways he was unpredictable or contradictory.

Yet, the author’s goal seemed to be focused on how James was remembered, the battles he won, the ones he lost, and the incredible mess his estate turned into once his will was discovered. We learn who James really trusted, who were the people closest to him and who stuck by him all his life, and this is as much their story as it is Brown's or McBride’s, in many ways.

The author also takes a look at the racial climate and atmosphere James was raised up in and the way this environment influenced him. This part of the book, I think, is supposed to help explain why James felt like he did, what shaped his attitude, and prompted him to act or react the way he did during his adult life.

But, the author’s spirit also penetrates the book, which under any other circumstance might be considered a biography faux pas, but in this case, it actually creates a dual look at James Brown. Not only do we get personal reflections from the people McBride interviewed, but we see  how the information seeps into the author’s soul, and the obvious effect writing this book must have had on him.

I wouldn’t say this approach is one everyone will appreciate and I don’t know if would work with any other subject or author, but I thought it was a nice touch and made the journey appear more personal.

If you are an aficionado and already know all the facts about the man, his music, songs, and all the rest, then this is a book you will want to add, in order to get a deeper understanding of James’ roots.

Although this was not the traditional biography I had been seeking, I think this book, with its personal assessment takes the reader beyond the basic information about James' life, and gives it a deeper meaning. 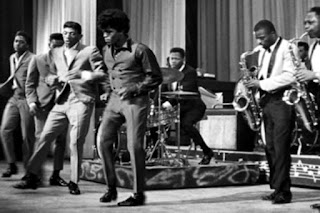 Overall, this is a fresh approach to examining James Brown’s life and is an enjoyable journey, which has increased my my curiosity about the private performer. Thanks to McBride, I know which places I should perhaps avoid in my search for accurate information, which will be very helpful. 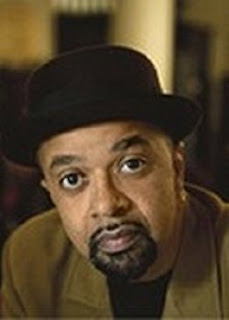 James McBride is the author of the award-winning New York Times bestseller, The Color of Water. A former reporter for The Washington Post and People magazine, McBride holds a Masters degree in journalism from Columbia University and a B.A. from Oberlin College.