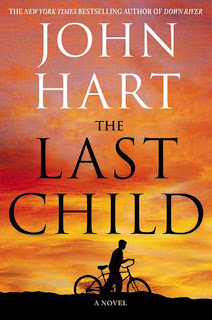 Thirteen year-old Johnny Merrimon had the perfect life: a warm home and loving parents; a twin sister, Alyssa, with whom he shared an irreplaceable bond. He knew nothing of loss, until the day Alyssa vanished from the side of a lonely street. Now, a year later, Johnny finds himself isolated and alone, failed by the people he'd been taught since birth to trust. No one else believes that Alyssa is still alive, but Johnny is certain that she is—confident in a way that he can never fully explain.
Determined to find his sister, Johnny risks everything to explore the dark side of his hometown. It is a desperate, terrifying search, but Johnny is not as alone as he might think. Detective Clyde Hunt has never stopped looking for Alyssa either, and he has a soft spot for Johnny. He watches over the boy and tries to keep him safe, but when Johnny uncovers a dangerous lead and vows to follow it, Hunt has no choice but to intervene.
Then a second child goes missing...
Undeterred by Hunt's threats or his mother's pleas, Johnny enlists the help of his last friend, and together they plunge into the wild, to a forgotten place with a history of violence that goes back more than a hundred years. There, they meet a giant of a man, an escaped convict on his own tragic quest. What they learn from him will shatter every notion Johnny had about the fate of his sister; it will lead them to another far place, to a truth that will test both boys to the limit.
Traveling the wilderness between innocence and hard wisdom, between hopelessness and faith, The Last Child leaves all categories behind and establishes John Hart as a writer of unique power.

The Last Child by John Hart
My rating: 5 of 5 stars

The Last Child by John Hart is a 2009 Minotaur publication.

John Hart has taken the crime and mystery genre to an entirely new level with this stunning novel.

The perfect family is torn asunder when their daughter disappears, just vanishes into the thin air. The marriage falls apart, the father walks out, the mother falls into drug and alcohol abuse and into a toxic relationship, while the last child- Johnny, a thirteen -year old boy, grieving the loss of his missing twin, is left to fend for himself in a horrifying and cruel world.

Johnny works has hard has he can to find his missing sister, a task he feels alone in, but Detective Clyde Hunt is nearly as obsessed about the missing girl as Johnny. The case grows colder by the day-

But, then another child vanishes….

This novel shows why John Hart is a multiple Edgar Award winner. This story is written with a lush literary prose that drew me right into Johnny’s lonely and treacherous life. His journey is so painful and heartbreaking, while his courage, fortitude, and a moral code is exemplary.

Every character is drawn with such rich and vivid detail, while the atmosphere is thick with tension and desperation. The suspense hangs heavy in the air as more revelations come to light and Johnny finds himself in an unimaginable situation.

This is a crime novel, but it is also a family drama, a testing of faith, an examination of humanity, the best and the worst, a coming of age tale that reaches into your very soul, stirring a melting pot of emotions.

I’ve read literary thrillers, but none quite like this one. Johnny is a like a modern- day Huck Finn, a child abandoned, who must survive by pure grit, but one who possesses a tenderness that nearly brought me to tears.

For those who are more into the criminal elements of the story, have no fear. This is a dark crime drama with plenty of jaw dropping twists.

Novels like this one are rare. I can only wonder at how far this author's talent can take him!!

I highly recommend this book!! It will definitely leave a lasting impression. 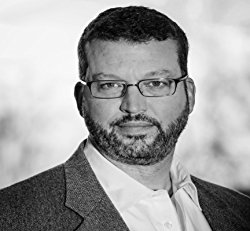 JOHN HART is the author of five New York Times bestsellers, The King of Lies, Down River, The Last Child, Iron House and, most recently, Redemption Road. The only author in history to win the best novel Edgar Award for consecutive novels, Hart has also won the Barry Award, the Southern Independent Bookseller’s Award for Fiction, the Ian Fleming Steel Dagger Award and the North Carolina Award for Literature. With over two million copies in print, his novels have been translated into thirty language and can be found in over seventy countries. “My only real dream,” John declares, “has been to write well and to be published well.” Hart was born in Durham, North Carolina in 1965, to a young surgeon and French teacher who quit teaching to raise her children. His parents divorced, yet, as he attests, his childhood was remarkably carefree. “My favorite memory of childhood is a five hundred acre farm where my friends and I would have adventures and get lost for days,” he reflects. After high school, he attended Davidson College, just north of Charlotte, which he describes as a “marvelous school.” He studied French literature and briefly lived in Paris and London. Upon returning home to North Carolina, he settled in Rowan County, where his first two novels are set, and on which the fictional Raven County is based. He earned graduate degrees in accounting and law where, after days of slogging through course work, he would find release through writing.A former banker, stockbroker and criminal defense attorney, Hart now writes full-time. “I admire those who are able to write at four in the morning and still function in the real world,” he states. “After two failed attempts, I decided that I lacked that particular talent.” Shortly after the birth of his first child, John left his law practice to take a stab at chasing the dream of writing novels for a living. He spent nearly a year in a carrel at the Rowan County Public Library. The result was his debut bestseller, The King of Lies. John Hart has three great passions: his family, his writing, and the protection of open spaces. He lives in Virginia with his wife and two daughters, and is already writing his sixth novel, a sequel to The Last Child.Website: http://www.johnhartfiction.com
Twitter: https://twitter.com/JohnHartAuthor
Facebook: https://www.facebook.com/johnhartauthor
Instagram: https://www.instagram.com/johnhartauthor/