The Butchering Art: Joseph Lister's Quest to Transform the Grisly World of Victorian Medicine by Lindsey Fitzharris - Feature and Review 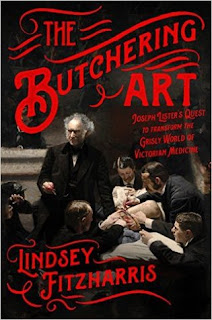 "Warning: She spares no detail!" —Erik Larson, bestselling author of Dead Wake A Top 10 Science Book of Fall 2017, Publishers WeeklyA The Guardian Best History Book of 2017"Fascinating and shocking." —Kirkus Reviews (starred review)The gripping story of how Joseph Lister’s antiseptic method changed medicine foreverIn The Butchering Art, the historian Lindsey Fitzharris reveals the shocking world of nineteenth-century surgery on the eve of profound transformation. She conjures up early operating theaters—no place for the squeamish—and surgeons, working before anesthesia, who were lauded for their speed and brute strength. These medical pioneers knew that the aftermath of surgery was often more dangerous than their patients’ afflictions, and they were baffled by the persistent infections that kept mortality rates stubbornly high. At a time when surgery couldn’t have been more hazardous, an unlikely figure stepped forward: a young, melancholy Quaker surgeon named Joseph Lister, who would solve the deadly riddle and change the course of history.Fitzharris dramatically recounts Lister’s discoveries in gripping detail, culminating in his audacious claim that germs were the source of all infection—and could be countered by antiseptics. Focusing on the tumultuous period from 1850 to 1875, she introduces us to Lister and his contemporaries—some of them brilliant, some outright criminal—and takes us through the grimy medical schools and dreary hospitals where they learned their art, the deadhouses where they studied anatomy, and the graveyards they occasionally ransacked for cadavers.Eerie and illuminating, The Butchering Art celebrates the triumph of a visionary surgeon whose quest to unite science and medicine delivered us into the modern world.

The Butchering Art: Joseph Lister's Quest to Transform the Grisly World of Victorian Medicine by Lindsey Fitzharris
My rating: 5 of 5 stars

The Butchering Art: Joseph Lister's Quest to Transform the Grisly World of Victorian Medicine by Lindsey Fitzharris is a 2017 Scientific American/Farrar Straus and Giroux publication.


This is the true story of Joseph Lister, the surgeon, who in 1846 rendered surgery pain free by using ether. But, once surgery became more frequent, deaths occurred due to sepsis, and a myriad of other infections, prompting Lister to examine the prospect that germs, dirty surgical tools, and hospital cleanliness were to blame.

Lister’s antiseptic theories were groundbreaking, but not especially popular. This led to a great deal of medical politics and backlash towards Lister. This is fascinating because of the mindset in the Victorian days by medical professionals. 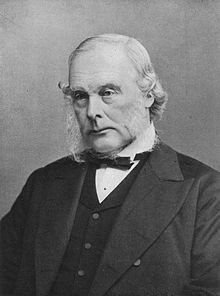 However, you should be aware that some of the situations described are not for the faint of heart. While not purposely or gratuitously graphic, your imagination can fill in the blanks. I can’t imagine such primitive practices, or the idea that hospitals were not sanitized, especially the surgical tools. It’s very disgusting to think of, and it’s a wonder anyone survived.

Thank goodness for Joseph Lister and his antiseptic theory!! His life is captivating, and his scientific vision paved the way for medical advancements and a massive reduction in loss of life. He didn’t always have the right answers, but he was an amazing trailblazer in medicine and science.

The book has a bleak atmosphere, and conjures up all manner of appalling images, some of which left me feeling a little green around the gills, but ultimately this is an inspiring story, and I for one came away feeling grateful for Lister and his forward thinking and his tenacity in sticking to his guns when he came under fire.

Lister’s personal life is connected to his professional life in many ways, and is examined moderately, but is not the primary focus of the book. Mainly, the book is about Lister’s work, and often reads like a history textbook in some ways, but nevertheless, it is quite absorbing.

I highly recommend this book for anyone who enjoys science, health and medicine, or history- and has a strong stomach! 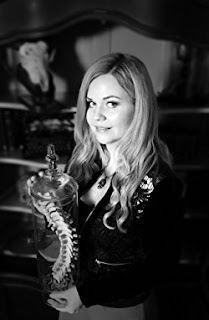 Lindsey Fitzharris has a PhD in the history of science and medicine from the University of Oxford. She is the creator of the popular website The Chirurgeon's Apprentice, and writer and presenter of the YouTube series Under the Knife. She writes for The Guardian, The Huffington Post, The Lancet, and New Scientist.