Married Till Christmas by Christine Rimmer- Feature and Review 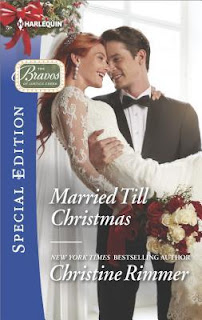 An impulse wedding... Strong, sexy Nell Bravo won't be fooled again. After all, Declan McGrath already shattered her heart into pieces--not once, but twice. When alluring CEO Deck sweeps Nell off her feet in Las Vegas, though, she tumbles headlong into an "only in Vegas" fling with her first love. But Nell sure didn't bargain on a Vegas wedding! a lifetime of love? It's taken a long time for Deck to finally capture the one who got away. And this time, he's charmed her straight to the altar. But Nell will stay married to him only until Christmas Day--unless Deck can prove that this time, it's for keeps. With the clock ticking, can Deck convince Nell that he truly is her one and onlyor has Mr. Love-'Em-and-Leave-' broken Bravo's heart for the last time?

Married Till Christmas by Christine Rimmer
My rating: 4 of 5 stars

Married Till Christmas by Christine Rimmer is a 2017 Harlequin Special Release publication.


Nell has already given the seemingly incorrigible Declan McGrath two chances- Could the third time be the charm?


- aka- Deck- knows Nell Bravo is the love of his life and despite two false starts, he’s ready to make a lifetime commitment. But, Nell has been burned one too many times and is having none of it.

But, after running into Deck in Vegas, he manages to manipulate Nell straight to the alter with a ‘quickie’ wedding. Once she comes to her senses, she immediately starts making plans for an annulment. But, Deck manages to convince her to wait until Christmas before doing anything rash. Nell reluctantly agrees to give the marriage a shot, but knows deep down, she can never trust him again.

Can a little holiday magic bring hope, healing and forgiveness to Nell and Deck along with the promise of a long overdue happily ever after?


Oh, Deck- I was not so sure he and I were going to get along so well. He’s , over confidant, and manipulative. He ‘handles’ Nell and although the chemistry between them sizzles, I couldn’t blame Nell for her wariness.

But, as the story progresses, a different side of Deck begins to emerge and while I didn’t agree with the way he treated Nell in the past, I could understand his pride, his wish to find equal footing with Nell, and do a little growing up. As much as I hated to admit it, he was right about the timing, but he still has to convince Nell that this is their moment.

has a troubled background, and although he’s come a long way, he still struggles with his father’s actions and isn’t sure how to handle the idea of Nell meeting him again.

Nell loves Deck, but she’s too afraid of getting hurt by him again, and can’t move past the way he broke her heart- not once- but twice. Trust is the hardest thing to regain once it has been lost, and I really was worried Nell might not be able to manage it.

The couple runs hot and cold, back and forth, up and down, but one thing that stays constant is the undeniable fact that they are in love with each other, always have been, and always will be.

This holiday themed romance has just the right blend of humor, drama, and holiday cheer and I really liked the way things ended.

Overall, this is another enjoyable holiday romance from one of my favorite Harlequin authors! 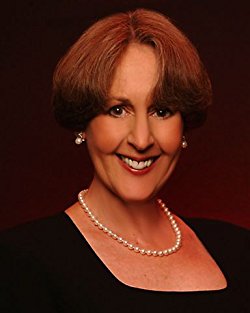