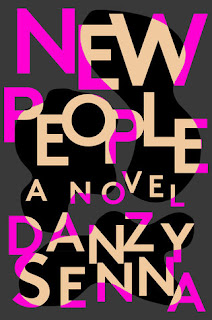 From the bestselling author of Caucasia, a subversive and engrossing novel of race, class and manners in contemporary America.
As the twentieth century draws to a close, Maria is at the start of a life she never thought possible. She and Khalil, her college sweetheart, are planning their wedding. They are the perfect couple, "King and Queen of the Racially Nebulous Prom." Their skin is the same shade of beige. They live together in a black bohemian enclave in Brooklyn, where Khalil is riding the wave of the first dot-com boom and Maria is plugging away at her dissertation, on the Jonestown massacre. They've even landed a starring role in a documentary about "new people" like them, who are blurring the old boundaries as a brave new era dawns. Everything Maria knows she should want lies before her--yet she can't stop daydreaming about another man, a poet she barely knows. As fantasy escalates to fixation, it dredges up secrets from the past and threatens to unravel not only Maria's perfect new life but her very persona.
Heartbreaking and darkly comic, New People is a bold and unfettered page-turner that challenges our every assumption about how we define one another, and ourselves.

New People by Danzy Senna
My rating: 4 of 5 stars

New People by Senna Danzy is a 2017 Riverhead Books publication.

Unconventional, a little disturbing, but thought provoking and exceptionally written-


Despite its brevity, this book packs a potent punch, written in a quirky, offbeat prose, that captured my attention and forced me to stay focused.

The novel is, without a doubt, about race. ‘New People’ meaning ‘biracial'. However, there is more to the story than meets the eye.

Maria and her fiancé Khalil are both biracial- Maria’s adoptive mother was black, but Maria is very fair skinned, as is Khalil, whose background is eclectic.

Maria is doing her dissertation on the ‘Jonestown Massacre’, while planning her wedding. But, her relationship with Khalil is tested when she develops a crush on a poet, who is not biracial. Suddenly, her stable life becomes very erratic as she searches for that elusive something that remains just out of reach.

The book is almost satirical at times, has a wry sense of humor, but is also very tense. Maria has a dark secret she’s kept from Khalil and she practically stalks her ‘crush’, as well as exhibiting a few other very odd behaviors that had me sitting on the edge of my seat.

Maria is the prominent character, the one whose narrative we follow as she sends herself down a path of self-discovery, a very risky journey that could upend her life as she knows it. She is a most unusual person, not necessarily a likeable young lady, or someone I felt I could bond with or feel empathy towards, but I found her choices almost hypnotic. At times I couldn’t bear to watch and at others I couldn’t bear to look away. I had to see what, if any, consequences or repercussions there would be for her actions.

The Jonestown topic runs in the background as it harkens back to the themes that brought the cult followers to such a point in their lives and is juxtaposed against the attitudes that came about in the nineties, especially in campus life. It’s an interesting force in Maria’s search for her own identity.

The ending is a bit abrupt. Khalil appears oblivious to Maria’s angst or past sins, so we are left to wonder if Maria’s thirst has been quenched or if her search will continue or evolve to include her fiancé.

I found Maria to be one of the most interesting characters I’ve been introduced to recently and this book did make me stop and think about many of the topics addressed here, even days after finishing the novel.

I enjoyed the style of writing, and the refreshing change of pace this book provided. This is my first book by this author, but I will definitely keep an eye out for her work in the future. 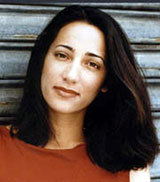 Danzy Senna is an American novelist, born and raised in Boston, Massachusetts in 1970. Her parents, Carl Senna, an Afro-Mexican poet and author, and Fanny Howe, who is Irish-American writer, were also civil rights activists.She attended Stanford University and received an MFA from the University of California at Irvine. There, she received several creative writing awards.Her debut novel, Caucasia (later republished as From Caucasia With Love), was well received and won several the Book-Of-The-Month Stephen Crane Award for First Fiction, and the Alex Award from the American Library Association.Her second novel, Symptomatic, was also well received. Both books feature a biracial protagonist and offer a unique view on life from their perspective. Senna has also contributed to anthologies such as Gumbo.In 2002, Senna received the Whiting Writers Award and in 2004 was named a Fellow for the New York Public Library's Cullman Center for Scholars and Writers.Danzy Senna is married to fellow writer Percival Everett and they have a son, Henry together. Their residences have included Los Angeles and New York City.
Posted by gpangel at 1:00 AM