The Party by Elizabeth Day- Feature and Review 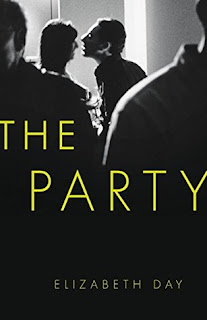 A gripping story of obsession and betrayal, privilege and hypocrisy, set in the unassailable heart of the British establishment.
As the train pressed on, I that my life was in the process of taking a different direction, plotted according to a new constellation. Because, although I didn't know it yet, I was about to meet Ben and nothing would ever be the same again.
Martin Gilmour is an outsider. When he wins a scholarship to School, he doesn’t wear the right clothes or speak with the right kind of accent. But then he meets the dazzling, popular and wealthy Ben Fitzmaurice, and gains admission to an exclusive world. Soon Martin is enjoying tennis parties and Easter egg hunts at the Fitzmaurice family’s estate, as Ben becomes the brother he never had.
But Martin has a secret. He knows something about Ben, something he will never tell. It is a secret that will bind the two of them together for the best part of 25 years.
At Ben’s 40th birthday party, the great and the good of British society are gathering to celebrate in a haze of champagne, drugs and glamour. Amid the hundreds of guests–the politicians, the celebrities, the old-money and newly rich–Martin once again feels that disturbing pang of not-quite belonging. His wife, Lucy, has her reservations too. There is disquiet in the air. But Ben wouldn’t do anything to damage their friendship. Would he?

The Party by Elizabeth Day
My rating: 4 of 5 stars

The Party by Elizabeth Day is a 2017 Fourth Estate publication.

A Wickedly dark and satirical tale of obsession, misplaced loyalties, and class distinctions.

This book drew me in right away and held me in enthralled suspense from start to finish. The story revolves around Martin and Lucy, a married couple invited to a birthday party for Martin’s best friend, Ben.

It becomes immediately obvious that something sinister occurs at the party, something awful enough to capture the attention of the police, making it imperative to find meaning in every morsel of information doled out.

The first hint that something is slightly off kilter is Lucy’s feeling that she and Martin have been slighted by the Fitzmaurice’s, who, despite having ample room in their enormous home, they have not invited them to stay overnight, forcing them to make a motel reservation at the last minute.

This is where we see Martin begin making his first excuses for Ben, something he continues to do through the entire novel.

The story is presented in four different angles:

1-Martin’s interview with the police. This interview is conducted a full three weeks after the party. Initially, this area interested me only because I was dying to know what went on at the party, and why Martin, and no one else, was being questioned. But, this interview becomes quite interesting as it goes along.

2-Martin’s flashbacks to his time at boarding school where his and Ben’s friendship developed. This portion of the story reveals the vast difference between the two men, Martin comes from a poor background and Ben from great wealth. The longevity of this seemingly unlikely friendship is certainly curious.

3- Lucy’s journals- which gives us a look at her marriage to Martin and the way she sees Ben and Serena, her personal disappointments and unwavering loyalty to Martin, even though he certainly tests her limits. Of course, the location from which these journal entries occur, only packs on more speculation.

3- The night of the party- What happened at that party? The tension at this party is nearly unbearable. There is a lot going on here. The characterizations are very well done, and the dialogue is razor sharp.

While Martin is the main narrator of this story, be a little wary of his spin on things. He’s a bit of an odd duck, and I was never quite sure how was being, or what angle he was working.

Yet, it is clear Martin values his friendship with Brian a great deal, with a pathetic sort of hero worship or neediness, that he doesn’t seem to have nor require from his wife.

While Lucy is far more perceptive than Martin, who is desperate to remain on good terms with Ben, she goes through the charade for her husband. But, don’t underestimate this woman. She may appear ordinary on the surface, but she’s got a little bite to her. I thought of all the characters in this little drama, she was the one I’d want on my team.

The Fitzmaurice family is painted like many well-worn old money types, giving them an air of power and entitlement that appears unshakeable. Upon my first reflections, I thought the author may have gone a little overboard with her depictions of grand wealth, depending too heavily on stereotypes, coming dangerously close to turning the family into caricatures. But, on second thought, they may have been predictable cardboard figures most of the time, but, they played their roles chillingly well.

The author touches on a gamut of topics including , loyalty, power, and class distinctions. The story is darkly humorous at times, with sharp satirical tones.

I thought the story was very clever and while not one hundred percent original, I still enjoyed the pointed sarcasm, the taut suspense, and that deliciously satisfying surprise twist at the end! 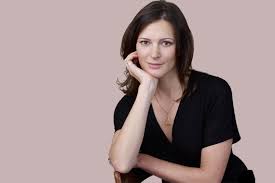 Elizabeth Day is an author and journalist. Her fourth novel, The Party  is out in July 2017, published by 4th Estate in the UK, in America, Belfond in France and Dumont in Germany. She is represented by Nelle Andrew at PFD.

Her debut novel Scissors, Paper, Stone won a Betty Trask Award. Her follow-up, Home Fires an Observer Book of the Year. Her third, Paradise City was named one of the best novels of 2015 in the Observer, Paste Magazine and the Evening Standard, and was People magazine's Book of the Week.

She is a feature writer for numerous publications in the UK and The Telegraph, The Times, the Guardian, the Observer, Vogue, Grazia, the Radio Times, Elle, Marie Claire, Glamour, InStyle, the Lonely Planet Magazine, The Pool and Cosmopolitan. She is a contributing editor for Harper's Bazaar. A versatile and wide-ranging writer, her work incorporates everything from celebrity interviews to crime reportage.

Elizabeth grew up in Northern Ireland and her first job was for The Derry Journal. Since then, she has worked for The Evening Standard, The Sunday Telegraph, The Mail on Sunday and the she was for eight years. She won a British Press Award in 2004 for Young Journalist of the Year and was Highly Commended as Feature Writer of the Year in 2013. She is the co-founder of Pin Drop, a live performance short story studio, and a regular contributor to Sky News and BBC Radio 4.
Posted by gpangel at 1:00 AM