Odd Child Out by Gilly Macmillian - Feature and Review 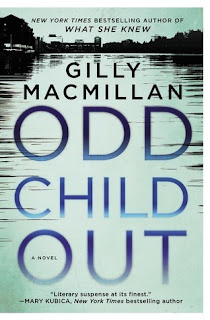 How well do you know the people you love…?
Best friends Noah Sandler and Abdi Mahad have always been inseparable.  But when Noah is found floating unconscious in Bristol's Feeder Canal, Abdi can't--or won't--tell anyone what happened.
Just back from a mandatory leave following his last case, Detective Jim Clemo is now assigned to look into this unfortunate accident.  But tragedy strikes and what looked like the simple case of a prank gone wrong soon ignites into a public battle.  Noah is British.  Abdi is a Somali refugee.   And social tensions have been rising rapidly in Bristol.  Against this background of fear and fury two families fight for their sons and for the truth.  Neither of them know how far they will have to go, what demons they will have to face, what pain they will have to suffer.
Because the truth hurts.

Odd Child Out by Gilly Macmillan
My rating: 5 of 5 stars

Odd Child Out by Gilly MacMillian is a 2017 William Morrow publication.

Inspector Jim Clemo is back at work, after having completed his requisite counseling. His first assignment, on the surface, is a low priority case, a probable accident.

However, the circumstances are murky and the incident did leave a terminally ill boy in a coma and another boy so traumatized he can’t – or won’t- speak.

The question Clemo and his partner much determine is if foul play was involved, or if it was a horrible accident. But, the situation is much more complicated than anyone would have imagined.

Noah, a teenager dying of terminal cancer, lies in a hospital bed, comatose, but the reader is privy to his thoughts, as he narrates the events of that fateful night.

Meanwhile, Noah’s best friend, Abdi, a Somalian refugee, hasn’t uttered a word since that night, but there may be more troubling him than his friend’s condition. Still, suspicion hangs over him, which complicates matters even more, especially when Jim’s former lover, a woman who has taken a job as a journalist decides to fan the flames of social tension surrounding Somalian refugees.

This author has a unique writing style, employing both first and third person narratives. Noah and Jim speak to us directly, while the other characters converse in third person. Switching narratives may be met with skepticism, but in my opinion, it complimented the flow of the story and truly made sense, in this case.

This story is a traditional police procedural, but it is also augmented with the deeply absorbing and heartbreaking backstory of both sets of parents. As such, the book could also easily pass as a work of contemporary fiction.

The story does not unfold in the same way many other mysteries do, with a slow pace, and much more emphasis on character and deliberately shakes out strong emotions.

family endured extreme cruelty in their lives, and carry deeply scars, while Noah’s family has dealt with his cancer diagnosis for nearly half of his life and now must face his eminent death.

The author also delves into Jim’s personal life, adding yet another thought provoking element to the story, and once again touching upon key social issues.

While the suspense builds at an unorthodox pace, once it reached its pinnacle, I was utterly still, holding my breath, completely riveted as unexpected events began to unfold.

The characters are unique, conflicted, flawed, and completely human, some of them more likeable than others, but all very well drawn. The story is very well crafted, written in such splendid prose, with incredibly profound elements that made me think about all the many layers of humanity and the very strong bonds of family and friendship.

The ending is very stirring and I admit I may have swallowed down a lump in my throat, which is not something that happens much when I'm reading a dark and moody procedural.

This story goes much deeper than the usual mystery novel, dealing with very grim topics, but has so much added depth and emotion, that I could easily recommend it to anyone who enjoys good fiction. 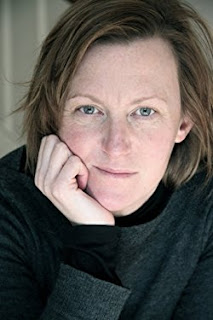 Gilly Macmillan grew up in Swindon, Wiltshire, England, and also lived in Northern California in her late teens. She worked at The Burlington Magazine and the Hayward Gallery before starting a family. Since then she’s worked as a part-time photography teacher and is a full-time mom.
Posted by gpangel at 1:00 AM