FLASHBACK FRIDAY: The Secret She Keeps by Michael Robotham- Feature and Review 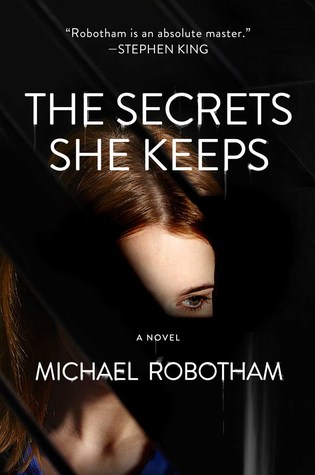 In the bestselling tradition of The Girl on the Train and In a Dark, Dark Wood, from the internationally bestselling author whom Stephen King called “an absolute master” of the psychological thriller, comes a riveting suspense novel about the unlikely friendship between two pregnant women that asks: how far would you go to create the perfect family?
Agatha is pregnant and works part-time stocking shelves at a grocery store in a ritzy London suburb, counting down the days until her baby is due. As the hours of her shifts creep by in increasing discomfort, the one thing she looks forward to at work is catching a glimpse of Meghan, the effortlessly chic customer whose elegant lifestyle dazzles her. Meghan has it all: two perfect children, a handsome husband, a happy marriage, a stylish group of friends, and she writes perfectly droll confessional posts on her popular parenting blog—posts that Agatha reads with devotion each night as she waits for her absent boyfriend, the father of her baby, to maybe return her calls.
When Agatha learns that Meghan is pregnant again, and that their due dates fall within the same month, she finally musters up the courage to speak to her, thrilled that they now have the ordeal of childbearing in common. Little does Meghan know that the mundane exchange she has with a grocery store employee during a hurried afternoon shopping trip is about to change the course of her not-so-perfect life forever…
With its brilliant rendering of the secrets some women hold close and a shocking act that cannot be undone, The Secrets She Keeps delivers a dark and twisted page-turner that is absolutely impossible to put down.

The Secrets She Keeps by Michael Robotham
My rating: 5 of 5 stars

The Secrets She Keeps by Michael Robotham is a 2017 Scribner publication.

Whew! Now that was intense!!

Agatha, a store clerk, and Meghan, a stay at home mom/blogger with a seemingly idyllic life, two women who are vastly different in class and style, find a common ground when their lives casually intersect.

Meghan meets Agatha in the market she shops in, striking up a conversation over their pregnancies. However, what you see on the surface of their lives is not always the same as what lies beneath- and that’s putting it mildly!!

When this book first started getting a little buzz, I knew I wanted to check it out for myself. I also saw that it was compared to Ruth Ware’s novel and to…. Yep- one of “The Girl” books. So, I tried to tamp down on my enthusiasm just a bit, worried I would be disappointed.

Well, I wasn’t at all disappointed. This is a well constructed thriller, that not only kept the suspense level at a maximum peak, but was an intelligent, clever, and distinct novel. I admit, it did make me squirm a little at times, though. I had a terrible feeling of foreboding right off, and as I went deeper into the story, that feeling of dread became almost unbearable.

The characters are spectacularly flawed, morally questionable on several levels, and so you may or may not feel sympathy towards them, but there are innocent victims at stake, so I was very concerned for the welfare of some of these people.

"We need the darkness to appreciate the light, and the bumps along the road to stop us from falling asleep at the wheel.”

While there is the clear sense of danger coming, there are multi-layers of suspense. Both Meghan and Agatha have backed themselves into a corner which adds another rich layer of stress to the story, giving it an unrelentingly tense atmosphere!

The final showdown is absolutely breathtaking, and the ending is utterly chilling!

This book definitely lived up to the hype!! The writing is superb, with well drawn characters, and perfect pacing.

If you enjoy domestic and psychological thrillers, you do not want to miss this one!! 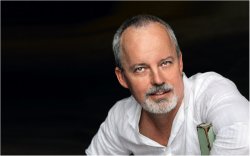 Michael Robotham is a former investigative journalist whose psychological thrillers into 23 languages. 2015 he won the prestigious UK Gold Dagger for his novel LIFE OR DEATH, which was also shortlisted for the 2016 Edgar Allan Poe Award for best novel. Michael has twice won a Ned Kelly Award for Australia's best crime novel for LOST in 2015 and SHATTER in 2008. He has also twice been shortlisted for the CWA UK Steel Dagger in 2007 for THE NIGHT FERRY and 2008 with SHATTER.
Michael lives in Sydney with his wife and three daughters.
His website is: www.michaelrobotham.com
Posted by gpangel at 1:00 AM