The Devil's Cut by J.R. Ward- Feature and Review 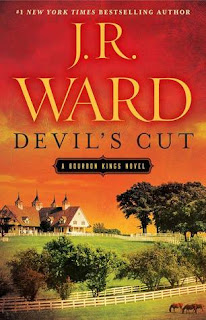 In #1 New York Times bestselling author J. R. Ward’s thrilling finale of the Bourbon Kings series, the Bradford family dynasty teeters on the edge of collapse after the murder of their patriarch—and a shocking arrest.
At first, the death of William , the head of the Bradford family, was ruled a suicide. But then his eldest son and sworn enemy, Edward, came forward and confessed to what was, in fact, a murder. Now in police custody, Edward not the disintegration of his family or his loss of freedom . . the woman he left behind. His love, Sutton Smythe, is the only person he about, but as she is the CEO of the Bradford Bourbon Company’s biggest competitor, any relationship between them is impossible. And then there’s the reality of the jail time that Edward is facing.
Lane was supposed to remain in his role of playboy, forever in his big brother Edward’s shadow. has become the new head of the family and the company. Convinced that Edward is covering for someone else, Lane and his true love, Lizzie King, go on the trail of a killer—only to discover a secret that is as devastating as it is game-changing.
As Lane rushes to discover the truth, and Sutton finds herself irresistibly drawn to Edward in spite of his circumstances, the lives of everyone at Easterly will never be the same again. For some, this is good; for others, it could be a tragedy beyond imagining. Only one thing’s for certain: Love survives all things. Even murder.

The Devil’s Cut by J.R. Ward is a 2017 Ballantine publication.

A fantastic conclusion to the Bourbon Kings series-

I have loved, loved, loved this trilogy! The series was inspired by the author’s love for those scandalously delicious nighttime soap operas like ‘Dynasty’.

This trilogy has been like a guilty pleasure, totally sudsy, very dramatic, and wildly entertaining. I loved the family saga which is centered around the Bradford's, an wealthy Kentucky family who made their fortune with their own brand of Bourbon.

This last installment finds Edward, the eldest son, sitting in jail after having confessed to murdering his father. Facing a long prison sentence, Edward will have to put aside any chance he may have had with Sutton, who is the CEO of his family’s strongest competitor.

Meanwhile, Lane has taken over the family business, struggling to find a way to keep the company alive after his father’s death.

And then there is Gin- trapped in a cruel marriage, believing money defines her, who has lost, once and for all, the love of her life- Samuel T., but, is secretly working to leave a legacy for her daughter and is finally ready to step up and do what is right.

I could have handled a few more chapters in this series, but if it had to end, this was the perfect way to tie everything up.

I cheered for those who finally broke through, cried over inevitable developments, and sighed over those wonderfully tender moments between lovers and family.

I have enjoyed all the juicy scandals, the biting dialogue and watching from the sidelines while this crazy mess of a family rose to the occasion, showing true grit and determination and proving they had more substance than what you might see on the surface, and that with or without money, this family is loyal despite the obstacles in their way.

There are still many dark secrets and shocking revelations to uncover in this installment and of course it's not short on drama!! The author did an amazing job of wrapping everything up, giving each character a chance to make their own way on their own terms.

At the end of the day, this series has been about family, about facing adversity, about making sacrifices for those you love, and how evil and malice is no match for true love!!

The Bradford’s will land on their feet and will be stronger than ever before!!

Overall, this is a rousing and inspirational conclusion to this amazing family saga!! Bravo, J.R. Ward, Bravo!! 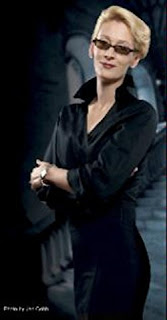 J.R. Ward is the number one New York Times bestselling author of the Black Dagger Brotherhood series of vampire books. She is a winner of the prestigious Romance Writers of America RITA award for Best Paranormal Romance and is a multiple RITA nominee. A graduate of Smith College, she was a double major in History and Art History with a medieval concentration in both and she still longs at times for a return to those days sitting in dark lecture halls, looking at slides of old triptychs and reliquaries. Prior to becoming a full time writer, she was a corporate attorney, serving for many years as the Chief of Staff of one of Harvard Medical premier teaching sites. Her idea of absolute heaven is a day filled with nothing but her computer, her dog and her coffee pot and the Brothers, of course.