The Almost Sisters by Joshilyn Jackson- Feature and Review 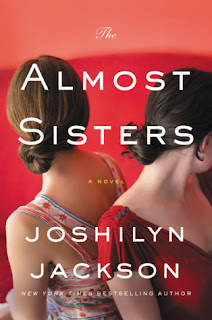 With empathy, grace, humor, and piercing insight, the author of gods in Alabama pens a powerful, emotionally resonant novel of the South that confronts the truth about privilege, family, and the distinctions between perception and reality - the stories we tell ourselves about our origins and who we really are.
Superheroes have always been Leia Birch Briggs' weakness. One tequila-soaked night at a comics convention, the usually level-headed graphic novelist is swept off her by a handsome and anonymous Batman.
It turns out the caped crusader has left her with more than just a nice, fuzzy memory. She's having a baby boy - an not unhappy development in the thirty-eight year-old's life. But before Leia can break the news of her impending single-motherhood (including the fact that her baby is biracial) to her conventional, Southern family, her step-sister Rachel's marriage implodes. Worse, she learns her beloved ninety-year-old grandmother, Birchie, is losing her mind, and she's been hiding her dementia with the help of Wattie, her best friend since girlhood.
Leia returns to Alabama to put her grandmother's affairs in order, clean out the big Victorian that has been in the Birch family for generations, and tell her family that she's pregnant. Yet just when Leia thinks she's got it all under control, she learns that illness is not the only thing Birchie's been hiding. Tucked in the attic is a dangerous secret with roots that reach all the way back to the Civil War. Its exposure threatens the family's freedom and future, and it will change everything about how Leia sees herself and her sister, her son and his missing father, and the world she thinks she knows.

The Almost Sisters by Joshilyn Jackson
My rating: 4 of 5 stars

The Almost Sisters by Joshilyn Jackson is a William Morrow publication.

An insane and highly addicting concoction of quirky southern drama-

Set in Alabama, this story centers around Leia Birch Briggs, a comic book illustrator, trying to give her most famous character new life with a prequel. But, her personal problems soon take precedent over her career difficulties, when, after tying one on at a comic convention, Leia discovers her one night stand with ‘Batman’ has resulted in an unexpected pregnancy.

But, before she can properly absorb her own situation, she must travel to a small Alabama town to look after her grandmother ‘Birchie’ who has been diagnosed with a form of dementia, but also finds herself embroiled in the marital woes of her sister Rachel and winds up taking care of her teenage niece, Lavender, temporarily.

If that wasn’t enough to deal with, a trunk containing human remains, is discovered in Birchie’s possession, making her a witness? Suspect? No one really knows, but the whole sordid truth is about to come spilling out.


Initially, Leia feels ill equipped to handle all this drama, consumed as she is with her own dilemmas. But, with Lavender’s insights and meddling, Leia begins to slowly step up to the plate, gaining a new level of maturity, taking charge by doing what she must for her grandmother, niece, sister and her unborn child. Maybe not quite like her alter ego comic book superheroes, whose character run along side Leia's, but enough to keep her family from falling completely apart.

This book is filled with zany, quirky, and flawed characters all facing heavy, life altering situations, and they are nearly all related to or deeply connected to each other, making the situation even more volatile.

The story is complex, an odd mingling of old southern ways of thinking with modern phrasings and forward thinking, tinged with just a tiny bit of Southern Gothic. While heavier issues are explored, like race, and dementia, as well as the need for forgiveness, the story didn’t become too overburdened or heavy until the last few chapters, where any lighter tones all but vanished and a very dark story emerged.

But, overall, the heavier atmosphere mixed surprisingly well with the lighter narrative, and of course any story that features a mysterious, old family secret, a little romance, and a little southern fried drama, is right up my alley.

This is the first book I’ve read by this author, but now that I have had a taste of her work, I believe I’ll have to have a second helping!! 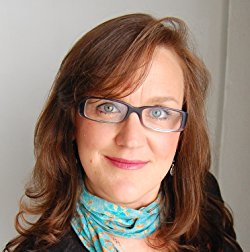 Joshilyn Jackson is the New York Times Bestselling author of six novels, most recently SOMEONE ELSE'S LOVE STORY
Her short novella, MY OWN MIRACULOUS, is the prequel to her latest title, and is available as an e book and an audio download.
She lives in Decatur, Georgia with her husband and their two kids. She loves Bourbon and Hot Yoga (not together) and she has more dogs than you. Unless you have three.
She's also an award winning audiobook narrator.
Posted by gpangel at 1:00 AM