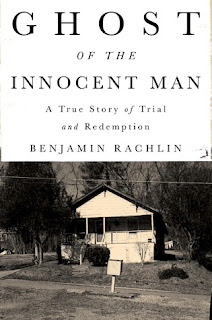 ABOUT THE BOOK:
During the last two decades, more than two thousand American citizens have been wrongfully convicted. Ghost of the Innocent Man brings us one of the most dramatic of those cases and provides the clearest picture yet of the national scourge of wrongful conviction and of the opportunity for meaningful reform.
When the final gavel clapped in a rural southern courtroom in the summer of 1988, Willie J. Grimes, a gentle spirit with no record of violence, was shocked and devastated to be convicted of first-degree rape and sentenced to life imprisonment. Here is the story of this and his extraordinary quarter-century-long journey to freedom, told in breathtaking and sympathetic detail, from the botched evidence and suspect testimony that led to his incarceration to the tireless efforts to prove his innocence and the identity of the true perpetrator. These were spearheaded by his relentless champion, Christine Mumma, a cofounder of North Carolina's Innocence Inquiry Commission. That commission-unprecedented at its inception in 2006-remains a model organization unlike any other in the country, and one now responsible for a growing number of exonerations.
With meticulous, prismatic research and pulse-quickening prose, Benjamin Rachlin presents one man's tragedy and triumph. The jarring and unsettling truth is that the story of Willie J. Grimes, for all its outrage, dignity, and grace, is not a unique travesty. But through the harrowing and suspenseful account of one life, told from the inside, we experience the full horror of wrongful conviction on a national scale. Ghost of the Innocent Man is both rare and essential, a masterwork of empathy. The book offers a profound reckoning not only with the shortcomings of our criminal justice also with its possibilities for redemption.

Ghost of the Innocent Man: A True Story of Trial and Redemption by Benjamin Rachlin
My rating: 5 of 5 stars

Ghost of the Innocent Man: A True Story of Trial and Redemption by Benjamin Rachlin is a 2017 Little, Brown and Co. Publication.

"Our dangers do not lie in too little tenderness to the accused. Our procedure has been always haunted by the ghost of the Innocent man convicted. It is an unreal dream.”

This is an astounding nonfiction accounting of a Willie J. Grimes’ wrongful conviction in 1988, the beginning of ‘The Innocence Project’, and the long, hard fought battle to free an innocent man of a crime he did not commit.

As we know, our perceptions and trust in our judicial – law and order – system has changed drastically over the past several decades. With DNA evidence exonerating so many wrongfully convicted people, the system has come under even closer scrutiny, to the point where even hardcore believers in capital punishment no longer advocate for it, not because they stopped believing in the death sentence, but because they are worried to death that an innocent person might die for a crime they didn’t commit.

While, a good majority of those sitting in prisons guilty of the crimes they are accused of, there are more and more cases like Willie Grimes coming to light. Part of the reason why is because of forensics, and high -profile cases picked up by the media. But, credit must be given to ‘The Innocence Project’, as well.


While all of these cases are absolutely heartbreaking, the case of Willie Grimes is especially hard to take. Willie worked two jobs and was in a stable relationship. But, when an elderly woman was raped, Willie was as the perpetrator, and the investigators knew it and helped the erroneous information along.

Willie did what he could to fight his conviction, even while he suffered though horrible depression and illness.

The one bright spot for Willie and others in his position was the interest and involvement of Chris Mumma, who picked up his file. 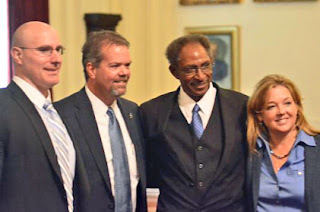 The road was long, filled with disappointments and setbacks, but after twenty-four years in prison, Willie was finally exonerated.

This book highlights the ways wrongful convictions can occur, with law enforcement not following up, ignoring facts, creating evidence, coupled with eyewitness mistakes, in regards to identification, or with the defendant having limited legal recourse.

In the hurry to close cases, a multitude of mistake can happen, investigations are lazy/ dirty/messy- or alternative suspects are not pursued. It is a travesty. Not only do the innocent lose years of their lives they will never be able to get back or do over, but justice is not being served.

How many other women were raped because the wrong guy was convicted? How many people are walking around free as a bird, after having committed a crime, while someone else is languishing in prison or worse- on death row?

This is a very thought-provoking book, which is extremely well written and organized. It stays on topic without straying off course or going on long diatribes or preachy soap box sermons. The author keeps the book pretty much about Willie Grimes and his life in prison, how he coped, how he fought, and about Chris Mumma and the Innocence Project who noticed all the discrepancies in Willie’s case and worked to bring his plight back into the court system. Once someone is behind bars, it is very, very difficult to get a conviction overturned or get a new trial, even when there is overwhelming evidence of innocence.

Thankfully, in Willie’s case, everyone’s hard work paid off and he managed to get his moment of redemption.

Willie’s story angered me, frustrated me, and it was certainly a depressing and gloomy journey, but at the same time, I was buoyed by time and energy people put in to see that Willie’s case was finally heard.


Overall, this book is an important book, one of justice denied and justice found. There are thousands of people in prison for crimes they did not commit. It is as important as ever to prevent anyone from spending a day behind bars for a crime they are innocent of, and to incarcerate those who are guilty of those crimes, which makes organizations like The Innocence Project necessary. 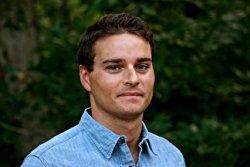 Benjamin Rachlin grew up in New Hampshire. He studied English at Bowdoin College, where he won the Sinkinson Prize, and writing at the University of North Carolina Wilmington, where he won Schwartz and Brauer fellowships. His work has appeared in The New York Times Magazine, TIME, and the Virginia Quarterly Review. He lives near Boston.