The Silent Corner by Dean Koontz- Feature and Review 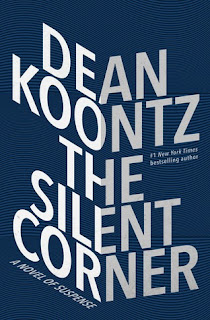 From #1 New York Times bestselling author of dark psychological suspense and modern classics of mystery and adventure comes a thriller that ventures into science, secrecy and danger.
“I very much need to be dead.”
These are the chilling words left behind by a man who had everything to live for—but took his own life. In the aftermath, his widow, Jane Hawk, does what all her grief, fear, and fury demand: find the truth, no matter what.
People of talent and accomplishment, people admired and happy and sound of mind, have been committing suicide in surprising numbers. When Jane seeks to learn why, she becomes the most-wanted fugitive in America. Her powerful enemies are protecting a secret so important—so terrifying—that they will exterminate anyone in their way.
But all their power and viciousness may not be enough to stop a woman as clever as they are cold-blooded, as relentless as they are ruthless—and who is driven by a righteous rage they can never comprehend. Because it is born of love.

The Silent Corner by Dean Koontz
My rating: 4 of 5 stars

The Silent Corner by Dean Koontz is a 2017 Bantam publication.

This is the best Koontz novel I have read in a very long time.

After Jane’s decorated husband commits suicide, she detects a noticeable uptick in suicides, prompting her to do a little research into the matter.

The FBI agent quickly realizes her findings have made someone very nervous, which prompts her to relocate her son to a safe place, while she goes in search of answers.

The horror she uncovers is a spine tingling world of brain implants and mind control, evil geniuses, bent on control, drunk on power and wealth, armed with technological advances that will both blow your mind and keep you up at night.

Jane is an awesome protagonist with just the right balance of ‘bad ass’ and smarts, and human compassion. Her maternal instincts coupled with her vigilante mission a riveting juxtaposition amid Jane’s terrifying battle to stay one step ahead of the game and come out alive.

I did enjoy the finer tech details, which made the story seem shockingly realistic, and does make for some pretty intense scenarios. The pacing is very brisk, with little down time along the way, the plot is very well constructed, with most of the I’s dotted and t’s crossed.

I can see why this book would appeal to the video media- movies or television, although I dislike books written with this very thing in mind. But, because I was so relieved this book didn’t suck, like so many of Koontz recent offerings, I was willing to overlook a lot of that pandering, and slick production, which deprived the novel of a certain level of grittiness that would have served it well, in my opinion.

Still, overall, I am on board for this series, and hope the upcoming installments are on par with this one. 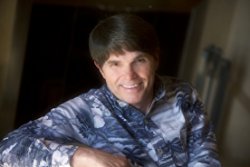 Acknowledged as "America's most popular suspense novelist" (Rolling Stone) and as one of today's most celebrated and successful writers, Dean Ray Koontz has earned the devotion of millions of readers around the world and the praise of critics everywhere for tales of character, mystery, and adventure that strike to the core of what it means to be human.
Dean R. Koontz has also published under the names Leigh Nichols, Brian Coffey, David Axton, Owen West, Deanna Dwyerand Aaron Wolfe.
Dean, the author of many #1 New York Times bestsellers, lives in Southern California with his wife, Gerda, their golden retriever, Elsa, and the enduring spirit of their , Trixie and Anna.
THE SILENT CORNER is available 6.20.17
Facebook: Facebook.com/DeanKoontzOfficial
Twitter: @DeanKoontz
Website: DeanKoontz.com
Posted by gpangel at 1:00 AM