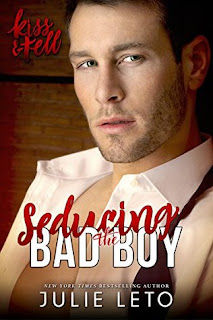 Second chances and a secret babywith a twist!
Jack Sullivan has seduced some of the world’s most beautiful women. As a notorious, world-renowned photographer, his affairs always hot, always scandalous—and never satisfying. So when he has a chance for a wild fling with high school sweetheart, he can’t resist. Only Angela Harris isn’t so sweet anymore. She has a secret that will rock him to his core and change his life forever. Their sultry reunion proves the bad boy can be seducedbut can he be reformed?

Seducing the Bad Boy by Julie Leto
My rating: 5 of 5 stars

A marvelously sensual and entertaining romance!

This might be one of the best, high heat, contemporary romance novels I’ve read in a while. I was hooked right from the start, hypnotized by the sizzling chemistry between Jack and Angela.

Everyone knows I’m a sucker for a second chance romance, so I had a feeling I was going to like this one, no matter what. But, this story had me completely absorbed from the first page to the last.

Angela and Jack were an item back in high school, but on prom night, just when Angela was prepared to take the relationship to the next level, Jack picked a petty fight with her, resulting in a spectacular, heart wrenching breakup.

Ten years later, Angela still can't get Jack out of her head. There are very good reasons why he is constantly in the forefront of her mind, but with their tenth high school reunion on the horizon, Angela decides to finally get Jack out of her system, once and for all. How? By seducing the bad boy, of course.

Jack spent the last ten years as a professional photographer hobnobbing with models, enjoying high profile relationships, and the perks that go along with that. But, after a bitter breakup, Jack decides to take stock of his life. When he is invited to his ten -year high school reunion by the sweet and innocent Angela, he can’t resist.

But, when the couple finally stands face to face after all these years, it would seem their roles have been reversed. Angela has turned into a sensual seducer, looking for a white- hot weekend fling, while Jack seems to, for the first time, feels an emotional connection beyond physical pleasure… not that he’s about to pleasure, mind you.

However, Angela has more than one reason to push back on Jack’s relationship plans. She has a giant secret- one that could change the course of both their lives forever, if it ever came to light…

I loved this set up!! Jack is the quintessential player, reveling in his bad boy image and taking full advantage of it. He doesn’t look back and has no regrets. But, that lifestyle comes at a heavy cost and sooner or later, the piper comes calling.

But, Angela really throws him a curve ball when she turns the tables on his bad boy ways!

This book was delicious fun! The characters are conflicted and flawed, but are very engaging and it was so much fun watching them develop and fall in love.

The banter is sexy, sharp and witty, and I really liked and respected Angela's big heart, fierce loyalty, and take no prisoners personality. But- ladies beware: Jack Sullivan is toe-curling hot and more than a little dangerous, and had me eating out the palm of his hand!! *Sigh*

If you love super sexy, steamy romance with just the right touch of heartwarming emotion, look no further.


I can't wait to read the next book in the series!

Note: This book was originally published in 1998 under the title ‘Seducing Sullivan’. However, this is an updated version, and is not the exact same story simply re-released in digital format, with a new cover. This new release is an entirely updated version, so even if you read the original, you’ll want to give this new edition a try.

2 LUCKY WINNERS WILL WIN A COPY OF THE SECOND BOOK IN THE KISS AND TELL SERIES:  BETTING ON THE BODYGUARD BY JULIE LETO. 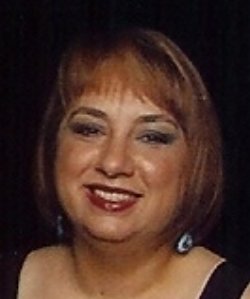 New York Times and USA Today bestselling author Julie Leto has published over forty books--all of them sexy and most of them romances at heart. She's introducing a "new" series of sexy contemporary romances called Kiss & Tell, connected through a racy book that connects the heroines to their time as teens at summer camp. Someone knows what they did that summerand it was naughty! She would love for you to follow her on Twitter, where she goes by @JulieLeto or at Facebook http://www.facebook.com/readjulieleto. She's a born and bred Floridian and a former homeschooling mom to a teenage daughter, a pretty-and-knows-it Siberian cat and a neurotic border collie rescue.
Posted by gpangel at 1:00 AM