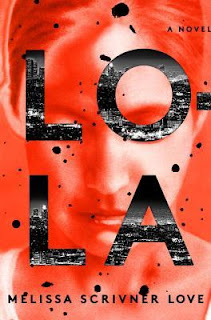 The Crenshaw Six a small but up-and-coming gang in South Central LA who have recently been drawn into an escalating war between rival drug cartels. To outsiders, the Crenshaw Six to be led by a man named Garcia . . what no one has figured out is that the gang's real leader (and secret weapon) Garcia's girlfriend, a brilliant young woman named Lola.
Lola has mastered playing the role of submissive girlfriend, and in the man's world she inhabits she is consistently underestimated. But in truth she is much, much smarter--and in many ways tougher and more ruthless--than any of the men around her, and as the gang is increasingly sucked into a world of high-stakes betrayal and brutal violence, her skills and leadership become their only hope of survival.
An astonishing debut crime thriller about an unforgettable woman who combines the genius and ferocity of Lisbeth Salander with the ruthless ambition of Walter White. Lola marksthe debut of a hugely exciting new thriller writer, and of a singular, magnificent character unlike anyone else in fiction.

Lola by Melissa Scrivner Love
My rating: 4 of 5 stars

Wow, this book is the definition of gritty crime drama!

Okay, I admit it- I live a pretty sheltered life. As a Texas gal living in a small town, it’s very hard for me to imagine life in South Central or gang warfare.

But, this novel puts me down right into the midst of a turbulent and intense gang war, while giving me a little peek inside the mind of gang members, and the lifestyle that most of us find shocking, but they are immune to. On a daily basis, hour by hour, it seems, they face all manner of obstacles that threaten their safety, quality of life, and well being. The future is never guaranteed, and making through each day alive is a major accomplishment.


Lola allows people to draw the obvious conclusion that the leader of the ‘Crenshaw Six’ is her lover, a man named Garcia. She plays the gang leader’s girlfriend role, knowing her place, baking cookies and keeping herself manicured.

But, in truth, Lola is the leader of the Crenshaw Six, which is how, after a drug intercept/double-cross is planned, she finds her life hanging in the balance- more so than usual.

In part, this is an intense crime story- an action laced, tautly suspenseful, race against time, as Lola scrambles to recover from their bungled caper and return the heroin and find that elusive 2 million dollars in cash. She has to take her lumps for the screw up and has only a week to get the job done or she's toast.

In the meantime, she takes in a young girl named Lucy, she is trying to keep safe from her junkie mother. Lucy's life is reminiscent of her own and Lola has a soft spot for her.

But, for me, the most absorbing part of the book is how the author delves into Lola’s psyche, examining the mindset of a hardened gang leader, while also giving the reader a glimpse of Lola’s horrific background, her softer side, her insecurities, doubts, and of course, her fears.

This book pulls no punches, with the requisite gun violence, buckets of blood, and language that will make your ears burn. But, in is pretty standard stuff in modern crime novels. However, this book goes well beyond that, by exposing a horrific display of misogyny, sexual assault, pedophiles, and graphic descriptions of drug use, which really is difficult material to digest no matter how jaded you are.

Lola makes for an interesting character study, and is a woman you would not want to cross under any circumstances. Saying she’s tough is an understatement. But, what struck me, was how smart she could be, how she reasoned and thought things through, even when her instinct was to lash out, and she makes a pretty good amateur investigator. It's just too bad she still seemed caught in vicious cycle when all those brains and savvy could have served her well in different circumstances.

Besides, Lola, Lucy’s role is the most compelling and the impact she has on Lola, who wants desperately to keep this child from becoming like her, if that is possible. Her presence is perhaps more important than it is being credited with.

The remaining cast of characters window dressing in some ways, playing out a pre-scripted partmaking them predictable, and one-dimensional, but they do carry out their roles admirably, all the same.

In my opinion, Lola is the main focus on this journey and it’s her progress that remains in the forefront and is where the author would like to keep our attention.


The crime drama is very heavy, but the story is also a poignant tale of deliverance. Although Lola has a toneless aura about her at times, and must keep her tenderness locked away, I still found myself rooting for her, caring about her, and worrying on her behalf.

It took me a little while to get through this one. The subject matter is very disturbing, and the mood is often depressing, with a notable weariness to it, as though everyone involved is tired, worn out by life, but will not stop fighting for survival. But, it’s that very spirit that helps them to prevail time and again, and hopefully, eventually, they will triumph, once and for all. 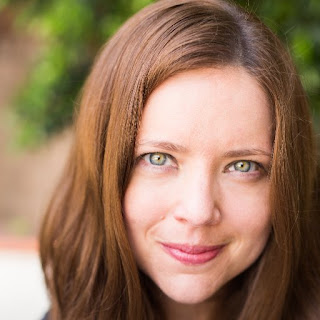 MELISSA SCRIVNER LOVE was born to a police officer father and a court stenographer mother. After earning a master's degree in English Literature from New York University, Melissa moved to Los Angeles, where she has lived for over a decade. During that time, she has written for several television shows, among them Life, CSI: Miami, and Person of Interest. She and her husband, a comedy writer and Los Angeles native, welcomed their daughter in 2014. Lola is her first novel.
Posted by gpangel at 1:00 AM