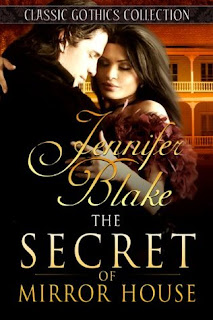 THE SECRET OF MIRROR HOUSE:
A Jennifer Blake Classic! Romantic gothic suspense set in the Deep South in the 1870s.
After Amelia Harveston loses her mother to tragic circumstances, she fears she will be forced into poverty and the position of a desperate woman. When distant relatives invite her to live with them at Mirror House, the plantation home built by her grandfather, she readily accepts. Her expectations of a warm family embrace where she'll be loved and protected, though, are soon shattered.
Mirror House is a home haunted by the past, by dark secrets and by the cruel games its inhabitants play. Alone and with no one to confide in, Amelia struggles to unearth the house's secrets. Then the accidents begin, and Amelia knows she's become the target the hate that infests it.
Out of the despair, two seeming allies appear. Two offers of marriage promise sanctuary. Both men claim to love her. One of them is lying. Amelia must choose the one man whose embrace promises the love and safety her very life depends on. But the house, it seems, has other ideas...

The Secret of Mirror House by Jennifer Blake
My rating: 4 of 5 stars

I love these classic Gothic novels!!

After her mother's death, Amelia finds herself nearly destitute, so when distant relatives extend an invitation for her to come stay with them, she doesn't hesitate to accept.

However, Amelia begins to regret that decision almost immediately, when she encounters a house full of relatives who seem to dislike her on sight.

She is particularly shaken by the response she receives from Neville, a man who has never married, is rude, blunt, and even cruel at times.
But, at least her cousin, James is friendly... On the surface, at least.

But, Amelia is doubly shocked when it becomes clear her relatives want her marry one of these gentlemen, the sooner the better. Not only that, they seem to have a preference. But, Amelia has no interest in marriage, much less to either of these two men.

The tension mounts as the family seems to become more desperate and worried about the threat Amelia represents for their future.

Is there anyone in the house Amelia can trust? Will she learn the secrets of Mirror House?

This book was written at the height of the Gothic mystery/romance craze, but boasts a historical setting which gives it a more sinister atmosphere, as does the Southern locale. The extreme heat and humidity that hangs in the air intensifies the feeling of hostility and increases the level of suspense.

The author did a very good job of capturing the true Southern Gothic tones, building the tension at just the right pace. Because the story was set in the 1870's, a time when women had few options, Amelia could have become a stereotypical 'damsel in distress', but instead, she stands her ground, even when she was subjected to numerous mind games and trickery, displaying bravery, even when she began to fear for her life. 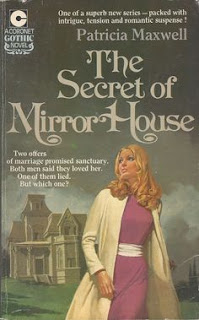 The romance is clean, and while there are some adult situations, anyone can enjoy these stories.

So, although this book was originally published back in the late sixties, it manages to stand the test of time for the most part.

I was so excited to see these books out there in the digital market because they are very hard to find in paperback. For people like myself, who loved borrowing these books from their mothers, it is so nice to be able to buy them re-read them, and keep them forever. It is also a chance for readers to discover them anew and gain a new audience. 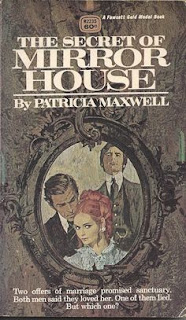 GET YOUR COPY HERE:
https://www.amazon.com/Secret-Mirror-Classic-Gothics-Collection-ebook/dp/B00GY5J2IQ/ 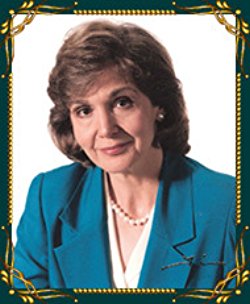 Jennifer Blake has been called "the steel magnolia of women's fiction" for her enduring career as an author. She has also been lauded as a "pioneer of the romance genre" and an "icon of the romance industry." A New York Times and international best selling author from the publication of "Love's Wild Desire" in 1977, she is a charter member of Romance Writers of America, member of the RWA and Affaire de Coeur Halls of Fame, and recipient of the RWA Lifetime Achievement Rita. She holds numerous other honors, including two Maggies, two Holt Medallions, multiple Reviewer's Choice awards, the Career Achievement Award from Romantic Times Magazine, and the Frank Waters Award for literary excellence. She has written more than 75 books with translations in 22 languages and more than 35 million copies in print.After three decades in traditional publishing, Jennifer established Steel Magnolia with Phoenix Sullivan in 2011. This independent publishing company now publishes her work. FMI: http://www.jenniferblake.com. You can also find Jennifer on Facebook, Twitter, and Pinterest.
Posted by gpangel at 1:00 AM