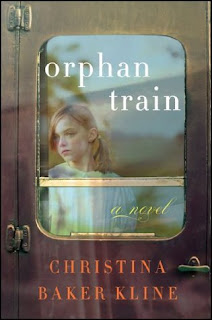 The author of Bird in Hand and The Way Life Should Be delivers her most ambitious and powerful novel to date: a captivating story of two very different women who build an unexpected friendship: a 91-year-old woman with a hidden past as an orphan-train rider and the teenage girl whose own troubled adolescence leads her to seek answers to questions no one has ever thought to ask.

Nearly eighteen, Molly Ayer knows she has one last chance. Just months from "aging out" of the child welfare system, and close to being kicked out of her foster home, a community service position helping an elderly woman clean out her home is the only thing keeping her out of and worse.

Vivian Daly has lived a quiet life on the coast of Maine. But in her attic, hidden in trunks, are vestiges of a turbulent past. As she helps Vivian sort through her possessions and memories, Molly discovers that she and Vivian as different as they seem to be. A young Irish immigrant orphaned in New York City, Vivian was put on a train to the Midwest with hundreds of other children whose destinies would be determined by luck and chance.

The closer Molly grows to Vivian, the more she discovers parallels to her own life. A Penobscot Indian, she, too, is an outsider being raised by strangers, and she, too, has unanswered questions about the past. As her emotional barriers begin to crumble, Molly discovers that she has the power to help Vivian find answers to mysteries that have haunted her for her entire life - answers that will ultimately free them both.

Rich in detail and epic in scope, Orphan Train is a powerful novel of upheaval and resilience, of second chances, of unexpected friendship, and of the secrets we carry that keep us from finding out who we are.

Orphan Train by Christina Baker Kline
My rating: 4 of 5 stars

The Orphan Train by Christina Baker Kline is a 2013 William Morrow Paperbacks publication.

I had heard such wonderful things about this book and have wanted to read it for a long time. Finally, with the decision to push the pause button on so many review copies and float back into reading for pure pleasure, I found the time to work this one in the TBR pile.

This is just one of those really awesome stories that weaves historical details within a contemporary setting and enriches the lives of all who read it.

The orphan trains were indeed real, and Vivien’s experience was certainly plausible. I loved Vivien’s voice, her courage, and the way touched Molly’s life in a way no one ever had before, which drew Molly out, giving her a role model and inspiration all in one, giving her a new lease on life. I only had one complaint about her story, which can’t be explained here, but it was so improbable it affected my star rating.

While the story is bleak at times, and certainly captures the incredibly hard lives orphans were subjected to in the past, but it also made a nice parallel with how those who wind up in the system today are equally at risk and suffer some of the same prejudices and abuse, being tossed around from place to place, used for labor or for money. 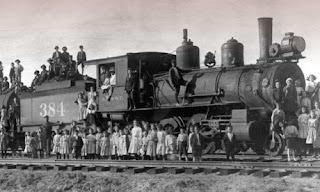 I am so glad Molly met Vivien and enjoyed watching them forge a bond and enrich one another’s lives. Molly can be petulant and immature, unable to control her words or discipline herself, but also has the courage to stand up for herself and refuse to sacrifice her convictions. However, I think Vivien’s influence will be long reaching and Molly’s maturation is evident by the story’s end. By the same token, Molly’s influence on Vivien is also profound, as the elderly woman finds her whole world is open to new possibilities for the future, proving it is never too late to learn something new or try new things, and to never give up hope.


I am also grateful the author chose this topic and period in history, informing many of us about the trains, something many, including myself, were unfamiliar with, and how she took such a sad and heartbreaking situation and turned it into the ultimate feel good story. 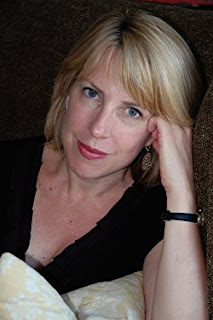 Christina Baker Kline is the author of instant New York Times bestseller A PIECE OF THE WORLD (Feb. 2017), about the relationship between the artist Andrew Wyeth and the subject of his best-known painting, Christina’s World. Kline has written five other novels -- Orphan Train, The Way Life Should Be, Sweet Water, Bird in Hand, and Desire Lines-- and written or edited five works of nonfiction. Her 2013 novel Orphan Train spent more than two years on the New York Times bestseller list, including five weeks at # 1, and was published in 40 countries. More than 100 communities and colleges have chosen it as a “One Book, One Read” selection. Her adaptation of for young readers is (May 2017). In addition to her novels, Kline has commissioned and edited two widely praised collections of original essays on the first year of parenthood and raising young children, Child of Mine and Room to Grow, and edited a book on grieving, Always Too Soon. She is coeditor, with Anne Burt, of a collection of personal essays called About Face: Women Write About What They See When They Look in the Mirror, and is co-author, with her mother, Christina Looper Baker, of a book on feminist mothers and daughters, The Conversation Begins. Her essays, articles, and reviews have appeared in The New York Times, the San Francisco Chronicle, Money, More, and Psychology Today, among other places. Kline was born in Cambridge, England, and raised there as well as in the American South and Maine. She is a graduate of Yale, Cambridge, and the University of Virginia, where she was a Henry Hoyns Fellow in Fiction Writing. She has taught fiction and nonfiction writing, poetry, English literature, literary theory, and women’s studies at Yale, NYU, and Drew University, and served as Writer-in-Residence at Fordham University for four years. She is a recipient of several Geraldine R. Dodge Foundation Fellowships and Writer-in-Residence Fellowships at the Virginia Center for the Creative Arts. She is on the advisory board of Roots & Wings, a foster-care organization in NJ; The Criterion Theatre in Bar Harbor, ME; and the Montclair Animal Shelter, and supports a number of libraries and other associations.Kline lives in an old house in Montclair, New Jersey, with her husband, David Kline, and three sons, Hayden, Will, and Eli.  She spends as much time as possible in an even older house in Southwest Harbor, Maine.
Posted by gpangel at 1:00 AM