Marlene Dietrich: The Life by her daughter- Maria Riva- Feature and Review 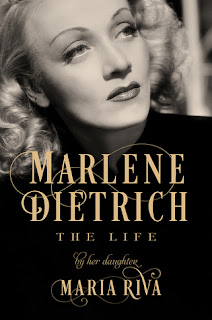 Wildly entertaining, Maria Riva reveals the rich life of her mother in vivid detail. Opening with Dietrich's childhood in Berlin, we meet an energetic, disciplined, and ambitious young actress whose own mother equated the stage with a world of vagabonds and thieves.
Dietrich would quickly rise to stardom on the Berlin stage in the 1920's with her sharp wit and bisexual sexuality—while wearing the top hat and tails that revolutionized our concept of beauty and femininity. Dietrich comes alive in these pages in all of her incarnations: as muse, artistic collaborator, movie star, box-office poison, lover, wife, and mother. 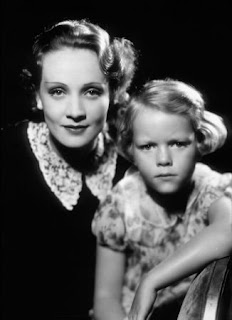 She would stand up to the Nazis and galvanize American troops, eventually earning the Congressional Medal of Freedom. There were her artistic relationships with Josef von Sternberg (The Blue Angle, Morocco, Shanghai Express), Colette, Erich Maria Remarque, Noël Coward and Cole Porter, and her heady romances. In her final years, she would make herself visibly invisible, devoting herself to the immortality of her legend.
Marlene Dietrich: The Life is this complex and astonishing woman. Maria Riva's biography of her mother has the depth, range, and resonance of a novel and captures the conviction and passion of its remarkable subject.

Marlene Dietrich: The Life by Maria Riva
My rating: 4 of 5 stars

Marlene Dietrich: A Life by Maria Riva is a 2017 Pegasus Books publication.

Recently I read ‘Marlene’ by C.W. Gortner, which falls into the ‘biographical novel’ category. It was well done, for the most part, but I couldn't help but wonder, what parts were fact, what parts were fiction. So, I set out to find a non-fiction biography of the legendary actress, and stumbled upon this one, written by Dietrich’s daughter, Maria Riva. This book was originally released, I think in 1992 or 93, but has been reissued and is also available in digital format.

I put this book on hold at the library, as pre-release, and received a copy much quicker than I expected. I didn’t want to read two books on the exact same subject, this close together, but in this case, it may have worked to my advantage.

Still, I was a bit concerned because this is a book written by Marlene’s daughter, Maria Riva, and not a professional biographer. I’m not crazy about ‘revenge’ books written by embittered children of Hollywood stars. ‘Mommie Dearest’ seemed to start a trend which I found rather distasteful, but people can’t seem to get enough of it.

But, this book was very well received for the most part, so I decided to give it a shot.

So, how did it measure up?

First off, this book draws from so many personal documents, such as diaries, telegrams, letters, and photographs. They are included here, unedited, and speak for themselves, but Riva adds her personal memories of these events, giving the reader an intimate look at the woman behind the legend.

Having some prior knowledge about Marlene did help me navigate through the book a little faster, since I was already familiar with some of the topics covered, but this is a very hefty book and will require a little bit of time to go through. However, I found it to be an easy read, and it appears to confirm much of what was covered in the Gortner book.

Maria did portray her mother in a realistic way, exposing the darker side of growing up with a famous and a glamourous actress for a mother, while paying homage to that incredible era of time, and all those incredibly talented people, trends, and of course, a few scandals.

Some may view Maria’s vision of her mother as harsh in some places, but after having read a little more about Marlene, I would say, she was probably pretty close to the mark. I didn’t take this as anything but an accurate detailing of life with Marlene Dietrich. Did she fudge? Exaggerate? Probably, to some extent, she painted herself out to be put upon by her overbearing and self-absorbed mother. If I had not already perceived Marlene in a less than flattering light, I may have found Maria’s version of events off putting, but I found her to be sincere and believable, despite the uncomfortableness of the situation.

But, nothing here was a shock in my opinion. While Marlene was groundbreaking, unafraid to challenge society’s norms, capitalizing on her uniqueness, and building a reputation around her professional life, that kept her protected from the probing of curious fans who only wanted to believe in the glamorous image of her, willing to look the other way or ignore anything that might challenge that carefully constructed impression.

As the title suggests, the book is primarily about Marlene, but it’s also about Maria, and her experiences and feelings flow through the pages, so that we see her awe, her love of America, her own struggle for independence from her mother’s forceful personality and demands, and the way she managed to create her own identity.

While some may have a different opinion about the tone of this book, I don’t think you can read this book without picking up on Maria’s resentment, but I think she tried to temper it so that she didn’t look like yet another bitter Hollywood child, cashing in on her mother’s success. No doubt, Maria's recollections rankled some big fans of Marlene, who would prefer the 'Hollywood' image over reality, while others will take gleeful delight in seeing Marlene's mythical reputation debunked.

My personal opinion of Marlene is that she was all about her own self, and wasn’t naturally maternal, but she lived life on her own terms and you could either wither under her power, succumb to it, or fight against it, but it made no difference to her one way or the other. She was the way she was, and well, I didn’t feel she was filled with great depth, and was very shallow, and so, this book only deepened that opinion. The one area, Marlene succeeded in giving anything back was the work she did during WW2, which, as far as I'm concerned is the most meaningful contribution she made in her life.


This is an opinion I had formed before I started this book, and I think this book validates that judgement.

Yet, I still admire the contributions Marlene made film, I loved her image, her style, all the glamour, mystery, and the unapologetic way she approached the stage and film.

But, as they say, Hollywood is mostly smoke and mirrors, and this book will remind you of that old adage, if you ever had any doubts.

Overall, the book is well organized, informative, and while I did know what to expect in some ways, it was still very enlightening, despite the sly 'revenge' factor. 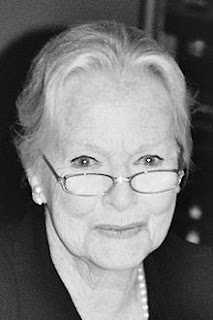