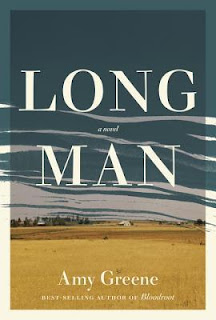 From the critically acclaimed author of Bloodroot, a gripping, wondrously evocative novel drawn from real-life historical events: the story of three days in the summer of 1936, as a government-built dam is about to flood an Appalachian town-and a little girl goes missing.

A river called Long Man has coursed through East Tennessee from time immemorial, bringing sustenance to the people who farm along its banks and who trade between its small towns. But as Long Man opens, the Tennessee Valley Authority's plans to dam the river and flood the town of Yuneetah for the sake of progress-to bring electricity and jobs to the hardscrabble region-are about to take effect. Just one day remains before the river will rise, and most of the town has been evacuated. Among the holdouts is a young mother, Annie Clyde Dodson, whose ancestors have lived for generations on her mountaintop farm; she'll do anything to ensure that her three-year-old daughter, Gracie, will inherit the family's land. But her husband wants to make a fresh start in Michigan, where he has found work that will secure the family's future. As the deadline looms, a storm as powerful as the emotions between them rages outside their door. Suddenly, they realize that Gracie has gone missing. Has she simply wandered off into the rain? Or has she been taken by Amos, the mysterious drifter who has come back to town, perhaps to save it in a last, desperate act of violence? Suspenseful, visceral, gorgeously told, Long Man is a searing portrait of a tight-knit community brought together by change and crisis, and of one family facing a terrifying ticking clock. It is a dazzling and unforgettable tour de force.

Long Man by Amy Greene
My rating: 4 of 5 stars

Long Man by Amy Greene is a 2014 Knopf publication.


I had never heard of this author or this book until recently when I saw a list of the top most suspenseful books on Buzzfeed.


I usually enjoy southern literature and ‘get’ the vernacular, dialect and way of thinking, even in a historical setting. So, I was immediately drawn in by author’s rich literary prose, the powerful, emotional story that unfolds in which a community, and one woman in particular, struggles against the government and progress which leads to stunning consequences.

, in the Tennessee Appalachians, is a dried up town, but when the government comes planning to build a dam and a power plant which would provide much need relief and jobs during this depression era, it means the town will have to be sacrificed. Thus begins a power struggle for the land Annie Clyde had hoped to one day pass down to her daughter, Gracie.

While Annie steadfastly refuses to relocate, her husband, James, who has always hoped for a better life up north, continues to try to change her mind, which has caused a rift in their marriage and may bring them to the brink of separation. But, in the blink of an eye everything changes when Gracie disappears.

While this book certainly belongs in the top most suspenseful books of all time, with a tense, taut, race against time to find a missing child before the town is flooded, there is a lot more to this story, and hopefully readers digest those finer points as well.

The author did a magnificent job with the characterizations, building the emotional levels to a peak right along with the suspense. The residents of this community are proud, but often beaten down by circumstances, and resent change. Some were fine with moving on to an easier, better quality of life, while others fought hard to keep the land that was rightfully theirs and meant something to them, for no other reason that it belonged to them, held memories, and was all they had in the world to give to their descendants, which means more than an easier way of life or progress.

It’s an age old story about the power of nature versus progress, but is also about family, relationships, and community.

This is not necessarily the most uplifting, feel good story you will ever read, but it ends with an inkling of hope and forgiveness, and will stay in your consciousness for a long time after the final passages have been read. 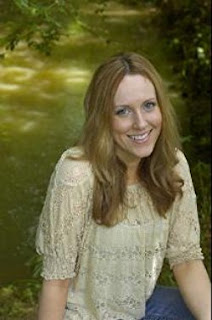 Amy Greene was born and raised in the foothills of the Smoky Mountains, where she lives with her husband and two children.