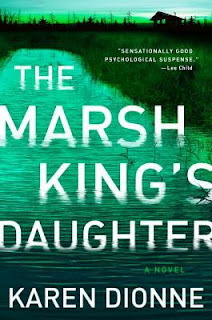 The suspense thriller of the year - The Marsh King's Daughter will captivate you from the start and chill you to the bone.

'I was born two years into my mother's captivity. She was three weeks shy of seventeen. If I had known then what I do now, things would have been a lot different. I wouldn't have adored my father.'
When notorious child abductor - known as the Marsh King - escapes from a maximum security prison, Helena immediately suspects that she and her two young daughters are in danger.
No one, not even her husband, knows the truth about Helena's past: they don't know that she was born into captivity, that she had no contact with the outside world before the age of twelve - or that her father raised her to be a killer.
And they don't know that the Marsh King can survive and hunt in the wilderness better than anyone... , perhaps his own daughter.
Packed with gripping suspense and powerful storytelling, The Marsh King's Daughter is a one-more-page, read-in-one-sitting thriller that you'll remember .

The Marsh King's Daughter by Karen Dionne
My rating: 5 of 5 stars

The Marsh King’s Daughter by Karen Dionne is a 2017 G.P. Putnam's Sons publication.

I receive many emails from publishers and publicist promoting the latest book releases, but this book kept cropping up across different platforms, which piqued my interest. Then I noticed the rave reviews on Goodreads from trusted friends, and knew I had to see what all the excitement was about.


Although I was eager to start the book, and carefully read the synopsis, I couldn’t have possibly imagined the atmospheric pilgrimage, and adventure I found myself guided through.

The upper peninsula is the perfect setting for this story, which is as much about survival in the wilderness as it is about the psychological abuse, and crimes committed by Jacob Holbrook.

Helena was born into captivity, as her mother was kidnapped at the age of fourteen by Jacob, and forced to live way off the grid, in the marshland. Helena does not know her life is abnormal and sees Jacob has her father, not a monster who is holding them hostage. In fact, she seems to share a very special bond with the man, preferring him over her mother.

When, at the age of twelve, Helena and her mother are rescued, and Jacob is sent to prison. Helena has a very hard time adjusting to civilization, but eventually marries and has two children. However, she keeps her past a secret from her family, until one day her worst fears are realized when Jacob escapes from prison, killing two guards in the process.

Knowing she is the only person who can find him, Helena sets off in search of her father, geared with her special knowledge of how Jacob thinks. She bravely enters a ‘deadliest game’ type of situation with her three- legged dog as her only ally, barreling toward the ultimate showdown with her father, a man she both loves and hates.

It will be survival of the fittest in an unbelievable and utterly absorbing mind game that will keep you right on the edge of your seat from start to finish.


As Helena searches for her father, the story flashes back to her childhood, which goes into vivid detail about how her ‘family’ survived in the marshes, the skills her father taught her, and the psychological hold her father has over her.

The author uses excerpts from the Hans Christian Anderson’s version of ‘The Marsh King’s Daughter’ as a prelude to each chapter, which contains a dose of symbolism that holds poignant meanings to the events taking place in the story.

Her childhood is so deeply ingrained in her consciousness, loving the skills her father taught her and the stories he told her as a child, that she has a very hard time separating the monster from the father, she quite clearly loves. But, we also know it’s a cat and mouse game and only one of them will walk away victorious.

The struggle is physical, it’s emotional, it’s mental, and it’s psychological. The beautiful nature is juxtaposed against the brutality of survival, which is often hard to digest. There are tense scenes of abuse, as well as cruelty to animals, and vivid hunting descriptions that are very disturbing and are difficult passages to read.

Helena is a sympathetic character, which examines the long lasting effects of her isolation, the abuse she didn’t really understand was abuse at the time, and the struggle to move forward, is harrowing, thought provoking, and sad, but she showcases an incredible amount of courage and tenacity, determined to do whatever it takes to save herself and her family.

The author did an amazing job with this stark, realistic, fast paced thriller, combining elements of adventure with deep and profound emotional complexities, making Helena a heroine you will not soon forget. 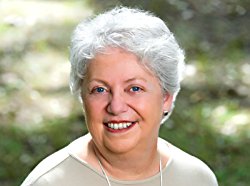 Karen Dionne is the author of The Marsh King’s Daughter, a dark psychological suspense coming summer 2017 from G.P. Putnam’s Sons and three other novels.She is co-founder of the online writers community Backspace, and organizes the Salt Cay Writers Retreat held every other year on a private island in the Bahamas. She is a member of the International Thriller Writers, where she served on the board of directors as Vice President, Technolo
Posted by gpangel at 1:00 AM