The Darkest Corner by Liliana Hart - Feature and Review 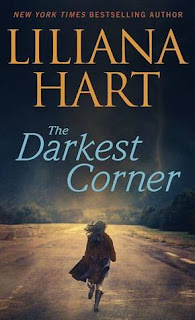 New York Times and USA TODAY bestselling author Liliana Hart’s first book in her suspenseful Gravediggers series, featuring an elite group of mysterious men who might be dead to the world, but are also tasked with saving it—and no one can ever know.

The Gravediggers aren’t exactly what they seem. They’re the most elite of the world’s fighting forces—and all they have in common is that they’ve been betrayed by the countries they’ve died for. Because they are dead. To their country, their military, and their families.

Sometimes the dead do rise...

Solomon Lange is a dead man walking. A former black ops agent, he was disavowed and stripped of all honor before being recruited as a Gravedigger. But his honor and good name no longer matter, because no one knows he’s alive, and he’ll never get the recognition he deserves. His mission is simple: save the world or die trying. And for God’s sake, don’t ever fall in love. That’s a rule punishable by death. The kind of death a man can’t be brought back from.

Tess Sherman is the only mortician in Last Stop, Texas. She has no idea how Solomon Lange ended up in her funeral home, but she’ll eat her hat if he’s only a funeral home assistant. Solomon is dangerous, deadly, and gorgeous. And she knows her attraction to him can only end in heartache.

The Darkest Corner by Liliana Hart
My rating: 4 of 5 stars

The Darkest Corner by Lilliana Hart is a 2017 Pocket Books publication.

This first book in the ‘Gravediggers’ series gets off to a really good start. But, then it seemed to veer off course and never fully returned to the tense atmosphere the prologue created.

I was slightly confused by this, but even more disconcerting was the mortuary setting. I can read the blackest, darkest, grittiest type of hardcore violence in my novels, but something about morticians and funeral homes really makes me squirm with discomfort.

I wasn’t sure how much more I could stand, but I was determined to keep going, and I’m glad now that I did.

Tess was stunned when the funeral home in her hometown of Last Stop, Texas, she had planned to own and operate one day, was sold out from under her. Not only that, the new owner hired a group of men to work the place, which was odd considering how small the town was, but, Tess was able to retain her role of mortuary manager.

Tess’s all male crew had tongues wagging in Last Stop, with her own mother cheerfully contributing to the gossip. But, it wasn’t until Tess caught the men taking the van out at night, and a mysterious dead man, who turned out not be so dead after all, showed up on a slab in the mortuary, that Tess found the nerve to start asking questions.

Deacon had been attracted to Tess for a while now, but he knew he couldn’t act on his feelings. He was here to do a job, as a member of the ‘Gravediggers’, and Last Stop, Texas, Tess, and the mortuary provided the perfect cover. He was committed to the group for a decade, whether he wanted to be or not. His mission was the most important thing, which was to protect the entire global community. As far as the world knew, Deacon Tucker was dead, as were all the Gravediggers.

But, when Tess starts asking questions and threatening to quit, Deacon has to do whatever it takes to make sure she stays- anything- including seduction.

I never pass up the chance to read a romantic suspense novel whenever I can. This one has all the earmarks of a terrific new series. But, it’s not your ordinary military based suspense novel. This one is slightly morbid, replete with gallows humor, which is certainly imaginative.

There were a few annoyances, one being that the plot the men were involved with, the one that started with so much promise, remained very murky, and was not fleshed out enough to build a taut feeling of suspense, and the action didn’t pick up until the last few chapters.

The author could be a little too descriptive and long winded about the scenery, which meant there were large gaps between the dialogue and activity. This was an issue I encountered mostly at the beginning of the book, but the pacing did pick up speed, especially after the half way mark.

Other than that, the story is original, the chemistry between the feisty Tess and the dark and mysterious Deacon is hot and sassy, and I did enjoy their sharp banter.

Tess’s backstory is solid, her difficulties with her mother drew out my sympathy, and I liked her personality.

Deacon, and his crew are also very different and unique, each with a dangerous, and somewhat secretive past, with some ethical challenges that keeps them at the mercy of their cold and ruthless boss.

Overall, the suspense elements are not as strong as I would have liked, but the romance between Tess and Deacon came in strong, as did all the characterizations. I think this series shows a lot of potential, so I’m signing up for book two, coming out this summer. 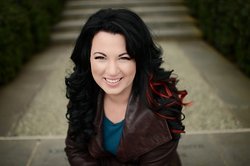 Liliana Hart is a New York Times, USA Today, and Publisher's Weekly Bestselling Author of more than 40 titles. After starting her first novel her freshman year of college, she immediately became addicted to writing and knew she'd found what she was meant to do with her life. She has no idea why she majored in music.Since self-publishing in June of 2011, Liliana has sold more than 3 million ebooks and been translated into eight languages. She's appeared at #1 on lists all over the world and all three of her series have appeared on the New York Times list. Liliana is a sought after speaker and she's given keynote speeches and self-publishing workshops to standing-room-only crowds from California to New York to London. Liliana can almost always be found at her computer writing or on the road giving workshops for International, a company she founded with her partner, Scott , where they provide law enforcement, military, and fire resources for writers so they can write it right. Liliana is a recent transplant to Southern Louisiana, where she's getting used to the humidity and hurricane season, and plotting murders (for her books, of course).Find out more about Liliana at www.lilianahart.com