Determined to uncover who stole her sandalwood statue, Amanda Cavencourt - an Englishwoman living in India - is shocked to learn the culprit a notorious rogue known as the Falcon. Why would a man renowned for his dangerous and delicate missions indulge in petty thievery? Intrigued by the mystery — and rumors of the Falcon's devilish charm and good looks—Amanda sets out on the trail of the brazen blackguard. But what she stumbles upon is a man who just may be her perfect match....

The Sandalwood Princess by Loretta Chase
My rating: 4 of 5 stars

This book is technically considered a "Regency" romance. True, it is set during the Regency period, and part of the story does take place in Yorkshire. However, this is not one of those polite Regency novels fixated on manners, "the season" or ball gowns.

The book starts off in India. Amanda is given a statue by her good friend The Rani. A legend surrounds the statue, but Amanda has no idea the monetary value of the relic. Amanda has the statue for less than an hour before she is attacked and the statue is stolen from her.

It also, just so happens, that Amanda, along with Rani's 'Cook', and her lady's maid have boarded the ship where the renowned thief, 'The Falcon' has also booked passage.


After such a fast start, pacing slowed considerably, but they are all on board for eight months, and due to a little mistaken identity, Philip, -aka- 'The Falcon', and Amanda begin to spend time together. The chemistry between them is very strong, and an attraction develops between them.

The second half of the book picks up speed a little as we watch the doomed relationship between Phillip and Amanda develop.

The question is: Who will betray whom?

I really enjoyed this light, and clever romance, which included a touch of intrigue. Originally published  by Avon in 1990, the story doesn't appear very dated at all.  The sensuality is almost G rated. Kissing and very mild innuendo only. The story was so good though, I don't think you will miss that element. 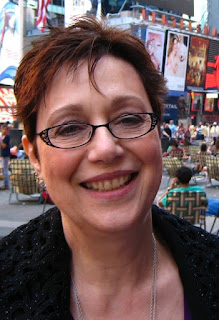 Loretta Lynda Chekani was born in 1949, of Albanian ancestry. For her, the trouble started when she learned to write in first grade. Before then, she had been making up her own stories but now she knew how to write them down to share. In her teenage years, she to write letters, keep a journal, write poetry and even attempt the Great American Novel (still unfinished). She attended New England public schools, before she went off to college and earned an English degree from Clark University.

After graduation, she worked a variety of jobs at Clark including a part-time teaching post. She was also moonlighting as a video scriptwriter. It was there that she met a video producer who inspired her to write novels and marry him. Under her married name, Loretta Chase, has been publishing historical romance novels since 1987. Her books have won many awards, including the Romance Writers of America RITA.
Posted by gpangel at 1:00 AM