The Somnambulist's Dreams by Lars Boye Jerlach- Feature and Review 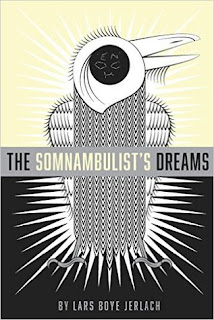 A lighthouse keeper on the coast of New England discovers a small collection of seemingly deranged writings that have been left behind by his predecessor. When he begins to read them, he swiftly becomes an unwitting participant in a nebulous narrative that not only defies time and space, but brings into question his own sanity.

The Somnambulist's Dreams by Lars Boye Jerlach
My rating: 5 of 5 stars

The Somnambulist’s Dreams by Lars Boye Jerlach is a 2016 Angry Owl publishing publication.

I read the synopsis of this book, which adequately sets the stage and entices the reader to play along, but it didn't truly prepare me for the experience or the journey I was about to embark on.

Lighthouses are fascinating to me. As they stand tall and regal against the isolated, lonely waves, the backdrop tempts the imagination and is the source of countless works of art, sketches and coffee table books, and calendars. But, we rarely think of the lighthouse keeper up there performing such a solitary job.

This book takes the reader exactly to that location, on the coast of New England, on an especially cold, bitter night, where our vigilant keeper discovers a pack of letters left behind by his predecessor.

Reading these letters, written by Enoch S. Soule, the keeper realizes they are the author’s written recordings, addressed to his wife, of his somnambulist dreams, which happen to be amazing, , and mind blowing, prompting the keeper to question Soule's sanity.

Upon closer inspection, the reader will no doubt find a world of symbolism, creativity, and vivid imagery and a wide- open imagination, as you travel along inside Soule’s world of… dreams? Hallucinations? Dementia? …. Or something even more incredible… something metaphysical perhaps?

I have to confess, I loved reading the dream sequences. I especially latched onto the raven, who appears on more than one occasion, but I did not miss other timeless pointers which traveled through pop culture, music, art, as well as other profound and influential works of literature.

The current keeper, is the solid base the story is built around, but he remains enigmatic, since we are totally locked out of his inner thought processes. The other constant is the lighthouse, the sturdy edifice that houses the keeper, him from any distraction, holding him hostage inside his palpable loneliness, while he immerses himself in Enoch’s travels, because without that atmospheric setting, the focus and effect would have suffered.


I was incredibly impressed with the imaginative, and mesmerizing prose of the author whose writing is extraordinarily eloquent. He certainly captures the spirit and essence of Poe, among others, but Poe’s influence is the most prominent. This is a very unconventional novel, which leaves much room for various interpretations.

The dreams are like vignettes, in a way, and are individual stories in and themselves, some of which really make quite an impression.

I think each person who reads this book will come away with a feeling unique only to them, but can also share the same opinions and experiences that others enjoyed, and could make for some lively debate. , or commentary.

Overall, this is an impressive, imaginative, novel that will challenge your mind and senses, leaving you with much to think about. I think this is one of those novels that you’ll want to keep on your bookshelf to experience and savor again another day.


* I was gifted a copy of this book by the author. I voluntarily provided a review of the book, without compensation or influence over my opinion.

GET YOUR COPY HERE:
https://www.amazon.com/Somnambulists-Dreams-Lars-Jerlach-ebook/dp/B01L9UISGM/

THIS BOOK IS ALSO A PART OF THE KINDLE UNLIMITED PROGRAM 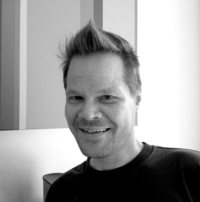 I was born in Copenhagen, Denmark and I have worked as an artist and professor of art in higher education for more than fifteen years.
After having spent the last couple of decades traveling in Europe, the US and the Pacific, I now live in Portland, Maine with my wife the British artist/ designer Helen Stringfellow and our three young daughters.
Literature has always played an important role in my life and although I have dedicated most of my adult life to the world of visual arts and higher education, I have always found a natural outlet in writing.
As an avid reader, and now writer, I find it fascinating how stories, whether they are written for entertainment, education, societal critique or as cultural preservation, never cease to inspire us.
The Somnambulist's Dreams my first published work and I very much hope you will enjoy it.
Posted by gpangel at 1:00 AM